The BCCLA has been invited by the United Nations to a special meeting of experts, held in Bangkok, Thailand, to discuss the treatment of the rights of communities and demonstrators in relation to natural resource development projects around the world. This is the second in a series of blog posts featuring reflections from BCCLA Executive Director Josh Paterson; click here to read about Day 1 and Day 2. 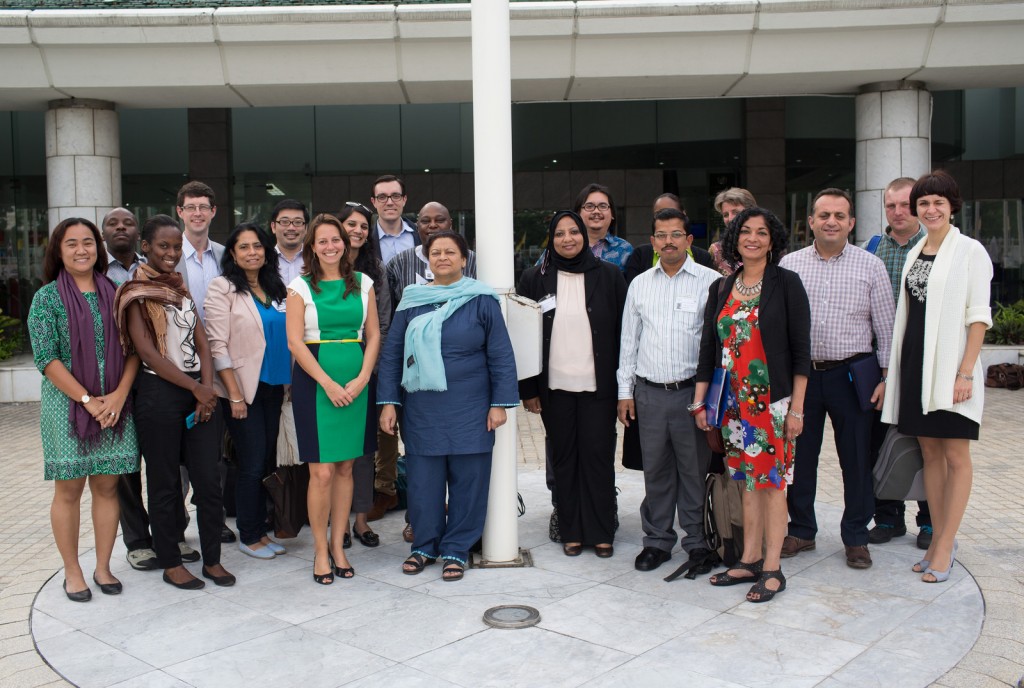 Why bother talking about Canada?

During an interview on CBC’s Early Edition on Monday morning, Stephen Quinn asked me why we should bother talking to the UN about Canada’s record on freedom of assembly and association when other countries’ activists face death and disappearance for exercising their right to free expression.

Two things come to mind when I am asked this question. The first is that freedom of expression and assembly are rights protected by international law. Like any other state, Canada has legal obligations to protect these foundational rights. The argument that Canada should escape attention just because it isn’t as bad as “X” is just an exercise in finger-pointing and avoidance. International law and our own constitution oblige us to respect these rights because as a society we have realized that they protect something important, something foundational: the right to express our dissent and to hold the powerful to account.

The second relates to what I mentioned in my earlier blog post: Canada has been accused of complicity in (or at the very least awareness of and failure to act in relation to) multiple documented instances of serious human rights abuses—including reported murders committed in relation to activities of Canadian companies or their subcontractors around the world. The global community has every reason to be concerned about Canada’s action and inaction on human rights protection in relation to natural resources projects at home and abroad.

With all of this in mind, I made my presentation yesterday to the Global Experts Meeting convened by the Maina Kiai, the UN Special Rapporteur on the Rights to Freedom of Peaceful Assembly and of Association.

The key focus of my presentation was a new bill introduced in the House of Commons this month that will criminalize many peaceful – and currently lawful – protests, if they interfere even temporarily with the “lawful use, operation and enjoyment” of “critical infrastructure.”

A Calgary Herald editorial recently applauded the private member’s bill, noting that the bill came “at the urging of industry, especially the Canadian Electricity Association and railway companies who’ve had a problem with thieves stealing railway spikes.”

The thing is, it’s already a crime to steal power lines and railway spikes. We don’t need a new law for that. The column goes on, “The bill makes a great deal of sense. Canadians have a right to protest and to make their views known, but they don’t have the right to cause damage to a business — either by impeding its legitimate work, or worse, by engaging in mischief or violence.” Again, mischief and violence are already crimes. No new law needed there.

So what is new here?

“Impeding” work. It is currently lawful to impede and inconvenience work, within certain parameters. It’s lawful to slow things down, again, under certain circumstances. It’s lawful to be present and get in the way of things from time to time (we have a word for this kind of thing – it’s called a strike). That’s part of the give and take of living in a constitutional democracy that protects not only the value of getting work done, but also the higher and constitutionally-protected values of freedom of expression, freedom of assembly and freedom of association.

This new bill could make criminals out of nurses and train conductors who exercise their lawful right to strike, out of people staging a spontaneous march through a downtown area, or out of the community members who were recently demonstrating on Burnaby Mountain. It would silence voices that have a right to be heard. It would shut down conversations that we should be having.

True north strong and (not so) free

Restrictions on freedom must be as minimal as possible. This law is not minimal. It makes interfering with or interrupting the use or operation of critical infrastructure a crime, period.  It privileges other interests, like the flow of goods, over constitutionally-protected freedoms, period.

This is a chilling and stark example of the criminalization of dissent that strikes at the very heart of the freedoms of assembly and association, as well as the freedom of expression. We are going to fight to stop this bill and we hope that we will be able to count on broad support, including international support, in doing so.

Canada has a positive obligation to protect the right of people to assemble and associate for whatever lawful purposes they wish, and also a negative obligation to refrain from imposing unjustified restrictions on these freedoms. Canada has been failing on both counts. Canada must do better.

Previous Post: Day 2 in Bangkok: More Mining, More Problems (For Free Assembly & Expression)
Next Post: 2014 in Review: A Year of Victories and Transformation