Today I find myself questioning the power of speaking truth to government. Incarcerated people bravely stepped forward and spoke the truth of their lived experiences in our recent solitary confinement trial. Although they testified separately, their voices often mirrored each other, together presenting the Court and the Canadian government with the torturous facts of solitary confinement. 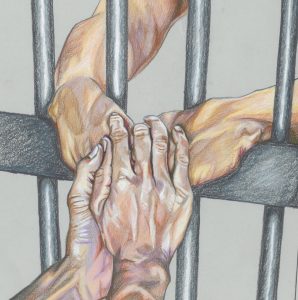 After listening to the atrocities happening inside Canadian prison cells – echoed in the 1,123 days Bobby Lee Worm spent isolated, and the memory of Christopher Roy, a young life lost while locked away in solitary confinement – the BC Supreme Court struck down the government’s administrative segregation laws, and ordered an end to prolonged, indefinite solitary confinement.[1]

Yet the federal government is appealing to continue using prolonged, indefinite solitary confinement in prisons across Canada.

The BC Supreme Court found that solitary confinement violates the Charter rights of all incarcerated people subject to it by placing them “at significant risk of serious psychological harm,” including cognitive dysfunction, hallucinations, paranoia, hopelessness, self-harm, and suicide.[2]

The Court found these symptoms of solitary confinement are worse for mentally ill and disabled people, who should never be locked away in isolation.[3] The Court could not have been clearer when it spoke directly to the federal government on this point:

“Of primary importance is for the Government […] to recognize the size and importance of the mentally ill, cognitively impaired, and potentially self-harming and suicidal contingent in Canada’s penitentiaries. There needs to be a recognition that this is a serious health issue.”[4]

Faced with these proven harms and health risks, the Canadian government has chosen to fight an appeal that ignores the experiential truth of solitary confinement.

Solitary confinement is torture, and we will not stand for it.