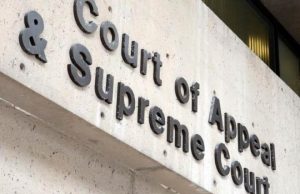 Since Monday of this week, when a BC Supreme Court judge stated that the people arrested on Burnaby Mountain be tried for criminal rather than civil contempt of court, we have been asked what the difference is between criminal and civil contempt. I’ll answer that question, and provide some information on the offence of criminal contempt of court as well as sentencing.

Criminal versus Civil Contempt of Court

The Supreme Court of Canada defined criminal contempt of court as follows:

“The gravamen [substance] of the offence is not actual or threatened injury to persons or property … [it] is rather the open, continuous and flagrant violation of a court order without regard for the effect that may have on the respect accorded to edicts of the court.”[3]

Contempt of court is an unusual offence. Unlike other civil proceedings, a proceeding that begins as civil contempt may transform into one for criminal contempt. If the court determines, based on the evidence, that the conduct is criminal rather than civil in nature, it will request that Crown Counsel assume conduct of the prosecution from the party who obtained the court order. When the contempt transforms from civil to criminal, so too does the form of the proceeding. Proceedings for civil contempt of court are governed by Rule 22-8 of the Supreme Court Civil Rules, BC Reg 168/2009. Proceedings for criminal contempt are governed by the conventions of a summary criminal trial. Such a trial will have the constitutional protections  of a standard criminal trial, including the right to cross-examine Crown witnesses.

Criminal contempt of court is a common law offence (set out in case law) that is not codified into the Criminal Code, R.S.C., 1985, c. C-46. However, Section 9 of the Code sets out powers of the court to hear charges of criminal contempt.

A criminal offence is made-up of two elements:

For the offence of criminal contempt of court the Crown must prove beyond a reasonable doubt:

While publicity is required for the offence, a civil contempt is not converted to criminal contempt merely because it attracts publicity, but rather because it constitutes “a public act of defiance of the court in circumstances where the accused knew, intended or was reckless as to the fact that the act would publicly bring the court into contempt.”[5]

An example is the case of six people convicted of criminal contempt of court for blocking the Kennedy River Bridge near Clayoquot Sound in July of 1993.[8] A larger organized group locked arms on the bridge to prevent workers of MacMillan Bloedel from accessing logging sites. This action took place with many media organizations present.

At trial, the six people, ranging in age from 19 to 35, received the following sentence:

On appeal, the BC Court of Appeal amended the trial judge’s sentence as follows:

Convictions and sentences for criminal contempt of court can be appealed under Section 10 of the Criminal Code.

At the time of this posting, over 150 people have been arrested on Burnaby Mountain, and trial dates are fast approaching. We will be keeping our eyes and ears open over the next few months, and will continue to post more in the near future.

[6] See MacMillan Bloedel Ltd. v. Simpson, 1994 CanLII 2149 (BC SC), http://canlii.ca/t/1dmh5, an example of a case where a group of protesters on the Kennedy River Bridge were found guilty of criminal contempt of court.

[7] Section 731(1)(a) of the Criminal Code states: “Where a person is convicted of an offence, a court may, having regard to the age and character of the offender, the nature of the offence and the circumstances surrounding its commission,(a) if no minimum punishment is prescribed by law, suspend the passing of sentence and direct that the offender be released on the conditions prescribed in a probation order.”, http://laws-lois.justice.gc.ca/eng/acts/C-46/page-185.html#h-269.

[9] Brown, ibid, paras. 71‑72. The majority of the Court of Appeal overturned the trial judge’s imposition of fines because no assessment was done to determine the person’s ability to pay. Section 734(2) of the Criminal code states that: “Except when the punishment for an offence includes a minimum fine or a fine is imposed in lieu of a forfeiture order, a court may fine an offender under this section only if the court is satisfied that the offender is able to pay the fine or discharge it under section 736.”, http://laws-lois.justice.gc.ca/eng/acts/C-46/page-187.html#h-270.