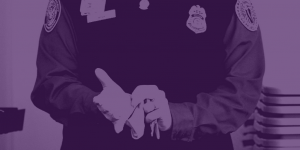 Spring break is upon us and many of you might be headed across the border. Last year we provided an overview of your rights at the border, but there have been some key developments to keep in mind.

As you may recall, we’ve been advocating for changes to Bill C-23 since it was introduced in 2016. This is the bill that significantly expands the powers US customs and border agents have at customs preclearance sites in Canada.

Since the law was first proposed, we testified before both House of Commons and Senate committees on the bill.  We repeatedly stressed that the expansion of powers for American border guards are unconstitutional and unnecessary. Here is an executive summary of our significant concerns with the new approach to preclearance.

There was a brief moment of optimism in the fall of 2017 when Senator Serge Joyal, a constitutional expert, echoed many of our concerns about the law’s infringement of Charter rights with his Senate colleagues. We were further buoyed when we heard another Senator say that the law has “got all the makings of an urban horror movie.”

BCCLA supporters joined our campaign and sent over 6,600 emails to Senators calling on them to amend or halt this bill.  Unfortunately, when Senator Joyal tabled amendments that were intended to protect the constitutional rights of travelers, they were rejected by the majority of his fellow Senators in a 59 – 16 vote.

We know that many travelers, such as Canadian writer Amal el-Mohtar, have come to expect racial profiling when departing for the US through a preclearance area. With the passage of Bill C-23, we worry that this discrimination will be exacerbated. The Trump administration has made clear that it intends to discriminate against people at the border. Now the Canadian government has given the US government even more power to put that discrimination into action.

We agree that it is important for Canada to facilitate the flow of people and goods across our border. It is irresponsible, however, for Canada to trade off our individual rights and liberties for economic benefits, as it did in 2017.

Study into Privacy Rights at Airports, Borders and Travelling in the US 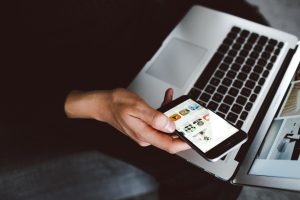 In my last update, I mentioned that we had testified to a House of Commons committee that was tasked with studying privacy rights at the Canada-US border.  The report of the Standing Committee on Access to Information, Privacy and Ethics marks the culmination of that study and was released last month.  I am delighted to let you know that the committee agreed with our positions on many important matters.

First of all, the committee agreed with us that the Canadian Border Services Agency’s policy about the examination of digital devices should replace a “multiplicity of indicators” threshold with “reasonable grounds to suspect” and be given the force of law by amending the Customs Act.

Finally, the committee agreed with us that Canada should ask the US government to add Canada to the list of countries whose citizens are protected by the US Privacy Act.

While the recommendations of this report are not binding on our government, its findings are valuable for our ongoing advocacy work.  Also, a great upshot of the study itself was that it catalyzed the CBSA to start collecting data about electronic device searches, so we are going to have a better picture about what is going on in this regard. The CBSA has now committed to collecting this information on a permanent basis, and we are grateful that Canadians will soon have statistics on this front.

Previous Post: Welcome Mark Hosak, Director of Community Engagement
Next Post: A note from the President on TWU