For the 35th anniversary of Vancouver Pride, the BCCLA reflected on the role privacy has played in protecting LGBTQ+ people and winning LGBTQ+ rights.  Before our love was celebrated as widely as it is today in Vancouver, LGBTQ+ people invoked privacy rights to keep the state out of our bedrooms.

Today, online privacy remains an important issue for LGBTQ+ people. For people coming out on their own terms and their own time, the privacy of their online communications is pivotal. For out and proud members of our community who travel or work in less welcoming places, where an LGBTQ+ identity can still result in physical harm, privacy of online communications history can be a matter of life or death.

That’s why the BCCLA invited festival goers at the Sunset Beach Pride Festival to join our photo petition, letting the government know that online privacy matters to them. More than 110 photos were taken of Pride participants, sending their message to Canada and the world’s governments: Don’t Spy on Me!

For a week in June, almost every day brought shocking new revelations about the scale of spying programs operated by the Obama administration in the United States as well as by governments around the world -including the Canadian government. [Read more here]

In the same weekend we celebrated Pride here in Vancouver, the Globe and Mail reported that Canada’s security agencies are following a policy that would allow for the exchange of information with foreign countries even when it may put someone at risk of torture. While Minister John Baird is declaring Canada’s support for LGBTQ+ people around the world, our government seems to have forgotten that privacy is an LGBTQ+ right of the utmost importance.

More on our work to stop online surveillance

More on our 40+ Years of LGBTQ+ Advocacy 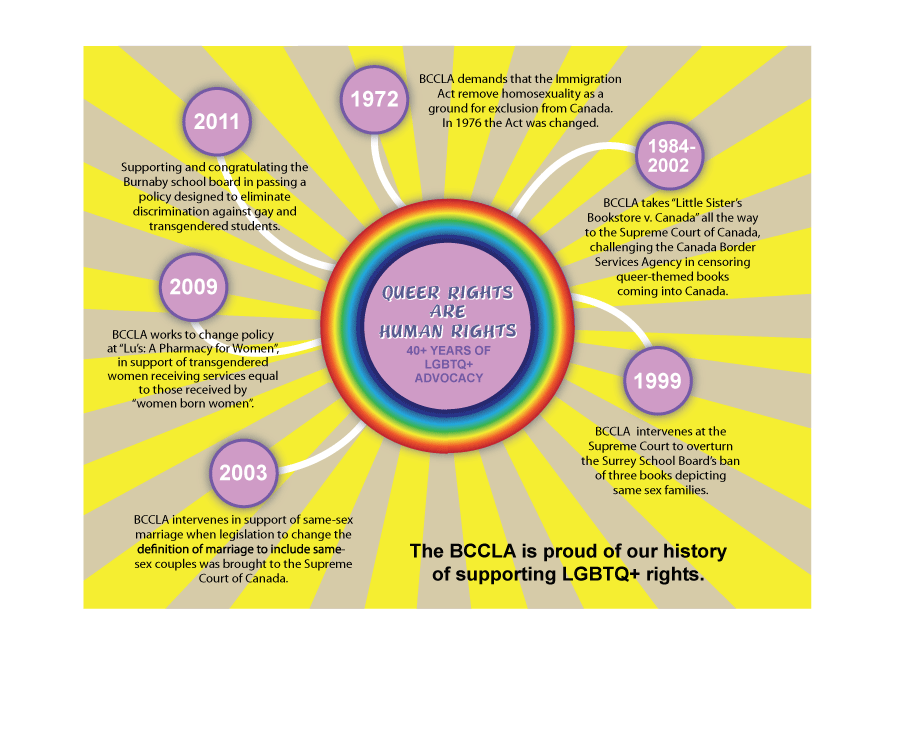 Previous Post: Speaking up for clean drinking water shouldn’t make us enemies of the state
Next Post: Abbotsford trial comes to a close