Yesterday, the Supreme Court of Canada struck down mandatory minimum sentences for crimes involving prohibited and restricted firearms in its ruling on R. v. Nur and R. v. Charles.

The BCCLA has long opposed the use of mandatory minimum sentences, and intervened in these cases. The BCCLA was represented before the Supreme Court by pro bono counsel Nader Hasan and Gerald Chan of Ruby Shiller Chan Hasan Barristers.

Writing for the majority, Chief Justice McLachlin confirmed the viability of the “reasonable hypothetical” for assessing whether a mandatory minimum sentencing scheme violates the Charter prohibition against cruel and unusual punishment, and the decision provides a useful blueprint for challenging mandatory minimums in future cases.

The Court also made important observations concerning mandatory minimum sentences. First, it reaffirmed the role of judges in sentencing decisions, emphasizing that ensuring that an offender serves a proportionate sentence “is the function of one person alone – the sentencing judge.” As the BCCLA argued in these cases, “proportionality is the fundamental principle in sentencing. It requires that a sentence must be proportionate to the gravity of the offence and the degree of responsibility (moral blameworthiness) of the offender. The proportionality principle serves a limiting or restraining function and ensures that the offender’s sentence is equivalent to his or her moral culpability, and not greater than it. It is a simple yet compelling premise – derived from the ‘just deserts’ principle – that the punishment should fit the crime.”

Mandatory minimum sentences, by their very nature, have the potential to depart from the principle of proportionality in sentencing. They emphasize denunciation, general deterrence and retribution at the expense of what is a fit sentence for the gravity of the offence, the blameworthiness of the offender, and the harm caused by the crime. function as a blunt instrument that may deprive courts of the ability to tailor proportionate sentences at the lower end of a sentencing range. They may, in extreme cases, impose unjust sentences, because they shift the focus from the offender during the sentencing process in a way that violates the principle of proportionality. They modify the general process of sentencing which relies on the review of all relevant factors in order to reach a proportionate result. They affect the outcome of the sentence by changing the normal judicial process of sentencing.

The Court acknowledged that mandatory minimums give Crown prosecutors “a trump card in plea negotiations, which leads to an unfair power imbalance with the accused and creates an almost irresistible incentive for the accused to plead to a lesser sentence in order to avoid the prospect of a lengthy mandatory minimum term of imprisonment. … We cannot ignore the increased possibility that wrongful convictions could occur under such conditions.”

These are powerful observations from the Chief Justice, and reflect many of the same concerns raised in the BCCLA’s comprehensive report on the social and legal implications of mandatory minimum sentencing, which we published last year.

Now for the not-so-good news

The SCC chose to deploy as its reasonable hypothetical individuals who had committed what were, in essence, licensing offences – gun owners who make mistakes about where and how their guns should be stored and transported. It found that the mandatory minimum (three years for first time possession offences) would be “grossly disproportionate” for this class of offenders, given that their offences involved “little or no moral fault” and “little or no danger to the public.” Thus, the scheme was struck down based on the mandatory minimum sentence that would be imposed on this hypothetical offender. The Court’s approach here is problematic for two reasons.

Elephants in the court

Second, the Court’s approach ignores what Nader Hasan, one of the BCCLA’s lawyers in these cases, has called the two elephants in the room: race and immigration consequences.

Take a minute to conjure up a mental image of the SCC’s hypothetical offenders: “the licensed and responsible gun owner who stores his unloaded firearm safely with ammunition nearby, but makes a mistake as to where it can be stored”; a woman who inherits a firearm without understanding the license requirements, or a woman who “finds herself in possession of her husband’s firearm and breaches the regulation.” It’s unlikely that you’ve conjured up the image of a young black or Aboriginal male. Yet the constitutionality of the mandatory minimum sentence must be assessed against such hypothetical offenders as well, taking into consideration systemic discrimination in Canada’s criminal justice system, the effects of racism in Canadian society (both historic and present-day), and how alternatives to incarceration may better achieve both rehabilitative and public safety goals for such offenders. Whether the mandatory minimum is a proportionate sentence for these hypothetical offenders, though, was not considered by the Court.

The deportation of Hussein Nur 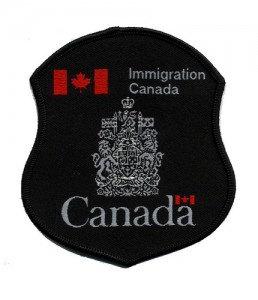 And what do we mean by “immigration consequences”?While this issue is not even mentioned in the Supreme Court’s judgment, it is – in significant part – what was driving Mr. Nur’s appeal of the mandatory minimum sentence. As the Court’s decision sets out, Hussein Nur was 19 years old and attending high school at the time of his offence. He was a first time offender and in the words of one of his teachers, “an exceptional student and athlete … an incredible youth.” His guilty plea to one count of possession of a loaded prohibited firearm subjected him to the statutory minimum term of three years. Ultimately, he was sentenced to 40 months, which was calculated as time served, given his lengthy pre-trial detention.

Those details of Mr. Nur’s case are recounted in the Supreme Court’s judgment. What the Court does not mention is the effect that the mandatory minimum had on Mr. Nur’s immigration status. His family fled Somalia when he was four years old, and they were all granted refugee status in Canada. While he has permanent residence status in this country, he is not a Canadian citizen. Under the Immigration and Refugee Protection Act, a sentence of three years makes him ineligible to remain in Canada, and he would be deportable to Somalia – a country he hardly knows, and from which his family fled as refugees.

Yet the risk of deportation – which should have played an important role in Mr. Nur’s sentencing – was not considered by the Chief Justice in her decision. While the mandatory minimum sentencing scheme for gun offences was struck down as unconstitutional, Mr. Nur’s individual sentence was upheld. We don’t know yet if he will be deported, but he could be. We would argue that any assessment concerning the “gross disproportionality” of a sentence must consider all the consequences flowing from the sentence, and not merely the length of incarceration.

What this means is that the Court has given Parliament a roadmap for rewriting this particular mandatory minimum without having to address what is most troubling about it – its grossly disproportionate impact on the vulnerable and the racialized. So while there is much to celebrate in today’s decision, there is still much work left to do to ensure that our criminal justice is fair and just.

9 thoughts on “Elephants in the court”