On October 22, 2013, the BCCLA filed a lawsuit against the Communications Security Establishment Canada (CSEC) calling on the government to state clearly who they are watching, what is being collected, and how they are handling Canadians’ private communications and information.

The BCCLA’s lawsuit is the first and only lawsuit to challenge to the legality of CSE’s spying activities against Canadians.

Members of the new federal government have expressed serious concerns that are the same as the issues raised by the BCCLA. While the Prime Minister’s full election platform committed the government to “limit Communications Security Establishment’s powers by requiring a warrant to engage in the surveillance of Canadians”, to date, the government continues to oppose the BCCLA’s litigation.

For the last 50 years, the BCCLA has been committed to protecting the privacy of Canadians. Our lawsuit against CSEC is just one more important step to ensure that privacy matters – now and in the future.

We have a long history of legal successes, but we can’t sustain this case without the support of donors like you. This kind of court case is expensive and we need all the support we can get. 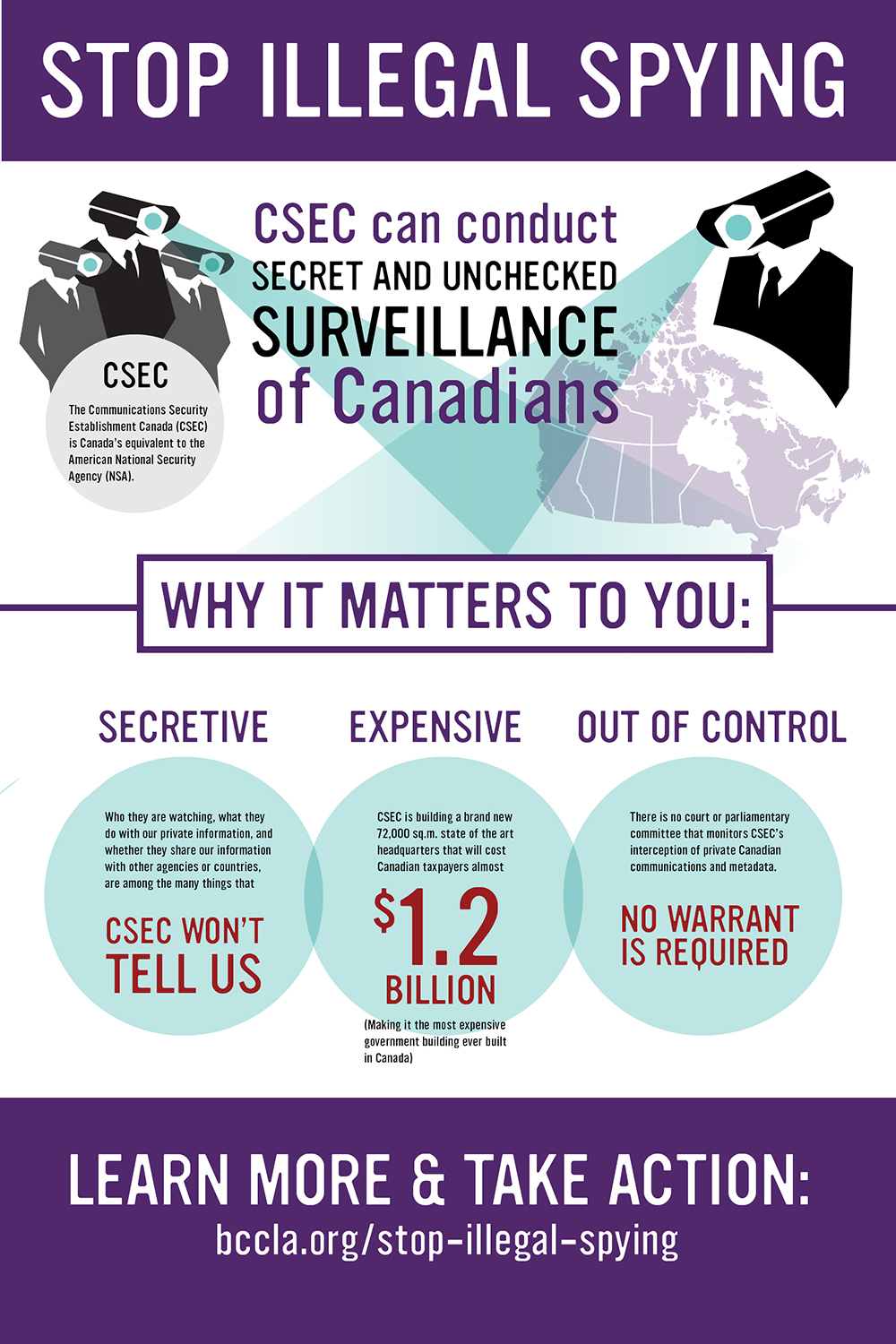