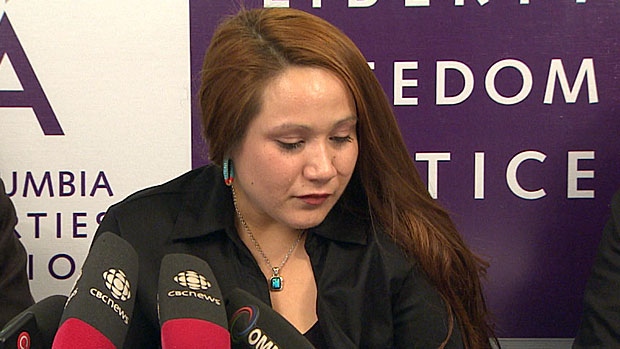 The B.C. Civil Liberties Association announced on May 22, 2013 that it has settled a lawsuit against the Government of Canada that the BCCLA filed on behalf of BobbyLee Worm, a 26 year-old Aboriginal woman from Saskatchewan who was held in solitary confinement for more than three and a half years while in federal prison. The lawsuit charged that Ms. Worm was treated illegally and inhumanely.

“We are overjoyed that we have reached a settlement for BobbyLee. BobbyLee feels this makes real headway in addressing the concerns she raised about the abuse she suffered,” said Grace Pastine, BCCLA Litigation Director. “This lawsuit has helped draw attention to the unconstitutional practice of long-term solitary confinement. We’ll continue to challenge the government’s use of this illegal practice. This settlement is a step in the right direction toward treating prisoners humanely and giving them a real chance to successfully re-enter society when they’re released.”

Ms. Worm, who experienced extreme physical, emotional and sexual abuse throughout her childhood, was 19 years-old and a first time offender when she entered prison. During her years in solitary confinement, Ms. Worm would spend up to 23 hours a day in a cell 10 by 8 feet in size. Often the only human contact she had was through the food slot in the door of her cell.

Prison officials placed Ms. Worm on the Management Protocol, a program for high-risk women prisoners that allowed prison officials to isolate women in solitary confinement for months and years at a time. The vast majority of the women placed on the program were Aboriginal. Women had to earn their way out of solitary confinement and could be returned to it for virtually any reason, including negative “emotional” behaviour, such as swearing or being disrespectful to staff.

Prison officials released Ms. Worm from the program two days after the BCCLA filed her lawsuit. Later that same month, the Correctional Services of Canada announced that it would end its use of the program across Canada.

Raji Mangat, counsel at the BCCLA: “The Management Protocol was a failure. It exacerbated symptoms of mental illness in prisoners, leaving women more damaged and less able to function in society than when they entered prison. As soon as BobbyLee was taken off the program, she was given access to programs to support her rehabilitation, including meaningful access to a First Nations elder.”

Robert Janes, lawyer for Ms. Worm: “It’s clear that this lawsuit had a real effect on how Corrections Canada operates. It should not have taken this lawsuit for the Government of Canada to cancel the Management Protocol but we’re relieved to see it go and have this case resolved.”