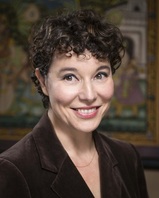 Micheal Vonn, Policy Director at the BCCLA, will speak at a post-screening discussion of Cincinnati Goddamn presented by DOXA Documentary Film Festival. The film draws on the deaths of two unarmed black men in 2001 at the hands of Cincinnati law enforcement agents in a critical account of police brutality. In the wake of protest over the deaths of Treyvon Martin and Michael Brown and a resulting #BlackLivesMatter movement, the film provides a timely analysis by historians, activists and legal experts into the intersection of systemic racism, urban poverty and neoliberal policies in the targeting of young black men as offenders. The film shares the stories of the affected families and also documents the successful methods used by local community activists to drastically reform the local police department. Micheal Vonn discusses police accountability in the exercise of law enforcement in light of the issues this film foregrounds.

Tickets can be bought online here. This event is at 2:45pm Sunday, May 3 at Cinematheque (1131 Howe St, Vancouver).