In 2014 the BC Civil Liberties Association mounted a nationwide campaign to oppose the changes to the Citizenship Act proposed by Bill C-24. Our community won a huge victory when the new government made some changes to C-24 and moved to restore citizenship equality through Bill C-6.

While repealing the revocation provisions was a great start, Bill C-24 created some other serious problems that the government has chosen not to fix in its new Bill. 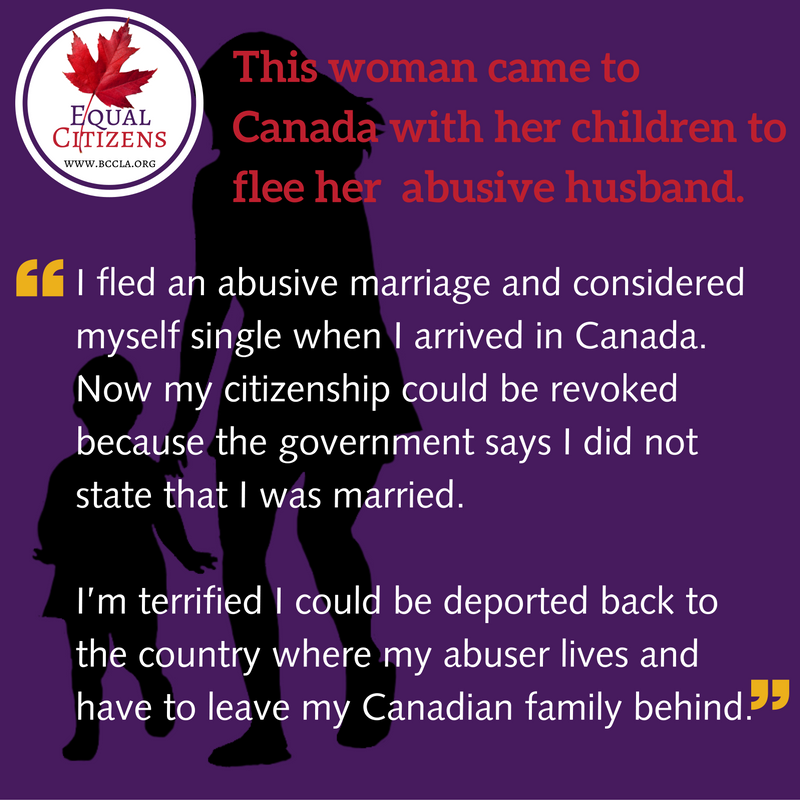 Under the current law a person can still lose their citizenship if it is found that it was obtained by misrepresentation. We don’t object to the government having the power to deal with serious misrepresentations, but under Bill C-24’s system, a single government official can decide to take away a Canadian’s citizenship, and that citizen has no right to a fair hearing to challenge the government’s accusation, or even a right to see all the evidence.

Just imagine it— you’re filling out a long and complicated form as part of your immigration application, and you accidentally make a mistake. Or you filled everything out correctly but a bureaucratic error is made by the ministry in processing your application. You’re granted citizenship and you build your life here, but years later you receive a letter from the government stating that they intend to revoke your citizenship, and rip you away from your family and friends, all without a fair hearing.

The Charter of Rights and Freedoms guarantees all Canadians the right to a fair hearing when the government imposes serious consequences on them, and this is all the more important when the stakes are so high.

Today the Senate of Canada is just passed an amendment to Bill C-6 that would restore the right to a fair hearing.

This is great news! As amended, Bill C-6 would:

But the Bill isn’t law yet. Bill C-6 will have to pass the Senate with today’s amendment, then return to the House of Commons where MPs will decide whether or not to accept the Senate’s amendment.

We want to ensure Canada’s government remembers their commitment to repealing the changes made by Bill C-24, so we’re putting a reminder right where they read: in their web browsers.  Help us get ads around Parliament hill and in the home ridings of representatives just in time for the House of Commons vote! Can you help us get these ads in front of the right eyes? 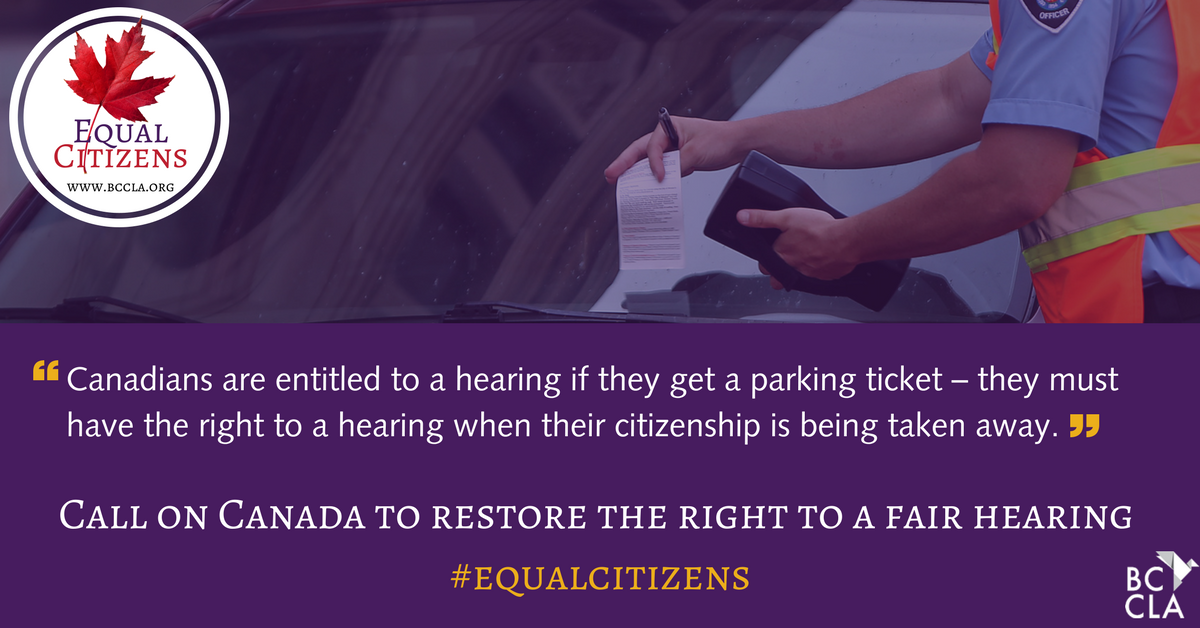