The BC Civil Liberties Association (BCCLA) announced today that Grace Pastine is stepping down from her position as the litigation director of the BCCLA.

Pastine was hired in 2007 as the BCCLA’s first litigation director and  engineered a string of court victories in high profile cases.

The BCCLA praises Pastine’s work for spurring major reforms and victories related to patients’ rights, police accountability, and the rights of people in prison.

“Over nearly 15 years, Grace has brought compassion and intellect to her work on behalf of our clients,” says Vanessa Wolff, the vice president of the BCCLA board of directors. “Her thoughtful, strategic approach to long-term reform has improved lives and helped guide our organization. She’s a tireless and passionate advocate for civil liberties and human rights. She will be sorely missed.” 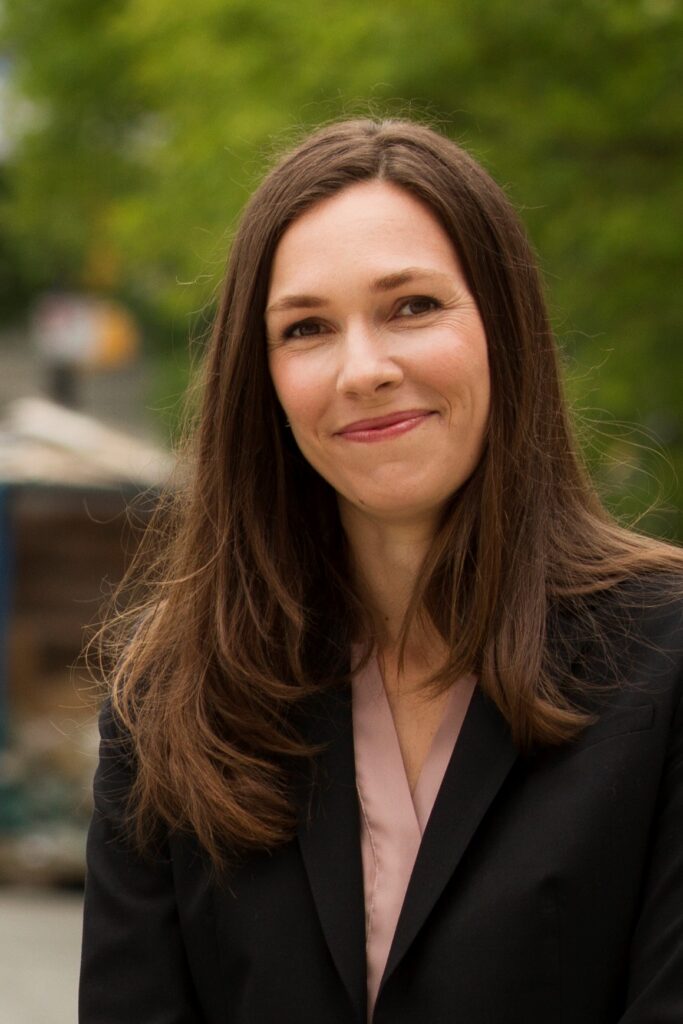 During her 15 years as litigation director, Grace Pastine was a leading civil liberties advocate.

With Pastine as litigation director, the BCCLA racked up a winning record in a number of headline-generating cases, including the successful challenge to have solitary confinement in prisons declared unconstitutional. She served as part of the trial team that represented the plaintiffs in the case that saw medical assistance in dying (MAID) legalized across the country. The victory transformed the end-of-life options for gravely ill Canadians whose suffering is unbearable.

She served as counsel for the BCCLA on some of the country’s notable public inquiries into police abuse, including the inquiry into the death of Frank Joseph Paul, a 48-year-old Mi’kmaq man, who died of hypothermia after the police left him in a Vancouver alley.

The BCCLA’s participation in the public inquiry into the death of Polish immigrant Robert Dziekanski at the Vancouver International Airport resulted in the provincial government ending the practice of police investigating themselves. Pastine was also counsel on an inquiry into the actions of the Canadian military police in a long-running controversy over the torture of detainees in Afghanistan.

Working with a coalition of prisoners’ rights advocates, the BCCLA filed a case that led to the abolition of a practice called the ’management protocol’, an extreme form of solitary confinement that was used almost exclusively against Indigenous women. Pastine helped facilitate a settlement for one of the women who spent three and half years in solitary confinement under the protocol.

In the wake of revelations that governments around the world were engaging in the massive collection and monitoring of citizens’ personal communications, Pastine helped the BCCLA bring a legal challenge to the secret activities of Canada’s electronic intelligence agency, the Communications Security Establishment (CSE). The lawsuit spurred legal change, prompting Parliament to reform the entire legal framework governing CSE’s information gathering activities.

During her tenure, Pastine directed the BCCLA’s interventions in over one hundred cases before the Supreme Court of Canada on cases including police accountability, warrantless surveillance, free speech, safe injection sites, mandatory minimum sentences, the right to sue for torture, and the decriminalization of sex work.

Under Pastine’s leadership, the BCCLA attracted a stellar team of committed staff lawyers and a roster of preeminent lawyers across the country who volunteered their services free of charge to defend civil liberties.

“The number of people who are willing to do good for the world is astoundingly high,” said Pastine. “My respect runs very deep for the courage and conviction of our clients. And I cannot begin to express my deep admiration for the incredible people – volunteer lawyers, supporters and members – who stepped forward to wage justice, one case at a time.” 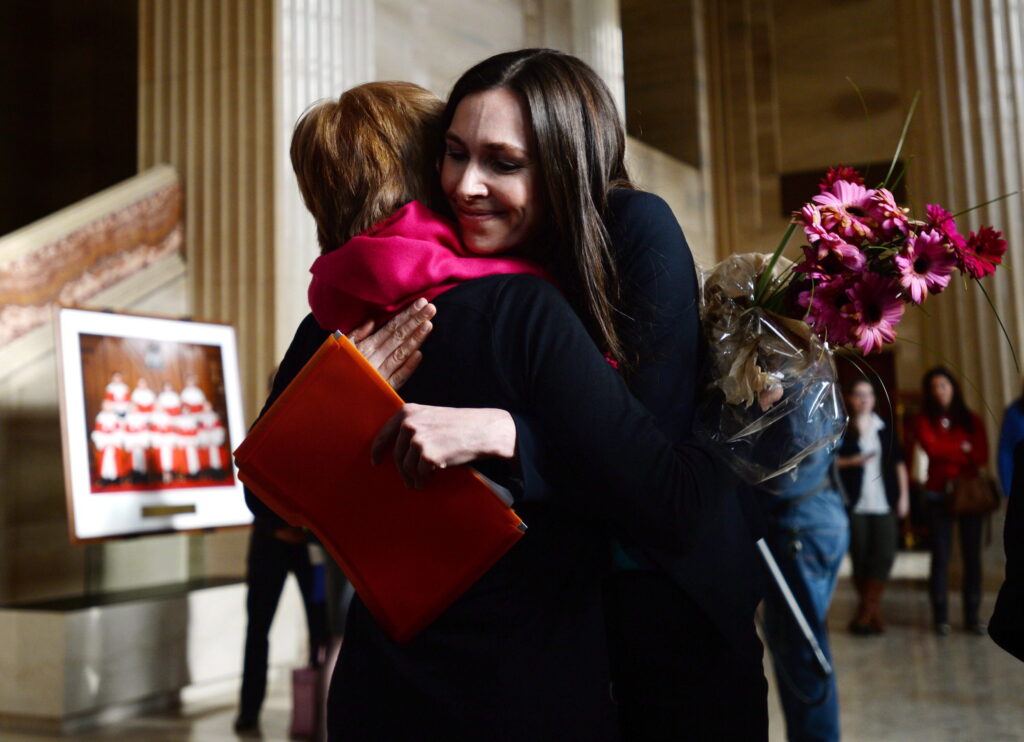 Lee Carter, left, hugs Grace Pastine, litigation director of the BC Civil Liberties Association, inside The Supreme Court of Canada in Ottawa on Friday morning, Feb. 6, 2015. Carter and her husband accompanied her 89-year-old mother Kathleen (Kay) Carter, who suffered from spinal stenosis, to Switzerland in 2010, to end her life. The Supreme Court unanimously struck down the ban on providing a doctor-assisted death to mentally competent but suffering and “irremediable” patients. THE CANADIAN PRESS/Sean Kilpatrick

Pastine says she is taking some time off to spend time with her young family before she decides on her next steps.  She will leave her role at the end of March 2022. Pastine plans to continue to devote her legal career to human rights and civil liberties. “I’ve reached the decision that it’s time to move on, but I won’t be leaving the work, just this workplace. I’m profoundly grateful for the years that I’ve been honoured to serve as the litigation director of the BCCLA.”

“We are at a critical time for civil liberties and human rights,” Pastine continues. “There are significant assaults on our rights in several spaces — from free speech to trans rights to immigrant justice to policing, and the BCCLA is in that fight, working to bend the arc of history toward justice. There is a tremendous opening to truly embrace reconciliation and anti-racism at the core of the approach to civil liberties.”

The BCCLA plans a nationwide search for a new litigation director.