This is an ethical dilemma for Edmonds, who is a “firm believer in second chances and giving people the opportunity to reintegrate.” Given understandable empathy and concern for the individuals harmed by these news stories, does the responsible news editor get out an eraser and change the historical record?  Certainly not!  As Edmonds rightly states, “Newspapers have a responsibility to not just document events of the day, but also maintain the integrity of that archive.”  The bottom line for the news media on this question is:  Don’t go changin’!

But what of the people who are harmed along the way?  Do we give up on redemption for people who have committed crimes in the past?  What about people who have committed no crimes, but were charged and then found not guilty?  What about people whose sensitive personal information was revealed in some other way, say as part of exposing an injustice, like the people featured in news stories for being denied access to the U.S. because police records showed that they had a previous mental health crisis?  Those news stories were an important catalyst to policy change.  Should the people who provided their stories in an effort to expose that injustice ironically never be able to leave behind that mental health crisis because – bing! – it inevitably pops up if you search their name?

Folks involved in privacy and information have grown increasingly concerned about the effect of what is sometimes called our Data Shadow.  That huge (and ever growing huger) pile of data about us presents all kinds of challenges, not least the questions of accuracy and relevance.  The biggest regulatory innovation in this respect is usually termed “the right to be forgotten”. It comes from court rulings in the European Union interpreting European data laws.

The idea is that individuals can make an application to minimize the impact of dated information that no longer represents their circumstances and where there is no public policy reason for maintaining the information. Applicants typically ask for deletion or for “de-indexing” – meaning that a search of their name doesn’t bring up the information.

Canada does not have the same data laws as the EU, but the Privacy Commissioner of Canada believes there is a very limited ability to request “de-indexing” of search results under Canada’s laws. 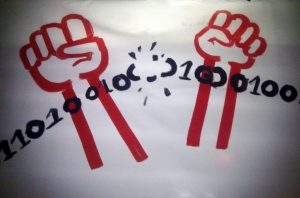 Even Canada’s modest attempts to provide some limited relief to individuals harmed by public exposure to their personal information on the Internet has caused furious opposition.  Some people say that de-indexing of specific search results about a given individual is just like burning books or ripping the cards out of the card catalogue (a metaphor from when library indices were paper-based).

But let’s say it’s your 25 year- old drug conviction that is at issue.  There was never a time when the local library card catalogue would allow your neighbours to look that up using just your name.  The Internet brought that situation about, not the library.

What do we preserve by de-linking your name from the story?  We preserve your privacy and, in turn, your life chances.  What do we lose?  Well, we lose the ability to stumble upon that information by searching your name.  But we don’t lose the ability to research drug convictions. Searching by any of the key term – drugs by year, geography, type, etc — will bring up this information.  I could still find your name, by looking for the subject matter of the story.  But I wouldn’t be finding the subject matter of the story through your name.  There is no “erasing history”, there is just some small measure of preserving you from its harmful effects.

Of course, this is all assuming that in this hypothetical situation where it’s your long-ago drug conviction that you are not, say, the Minister of Justice. This is a very important part of understanding what’s at issue with de-indexing.  There are public policy reasons for not losing the connection between some people’s names and what would otherwise be dated information.  If you are the CEO of the Bank of Canada there is an overwhelming public policy reason for knowing about any previous bankruptcies you may have had.  Context counts.

The public interest counts.  Free expression counts and access to information definitely counts.  But with a nuanced, limited access to de-indexing in appropriate cases, we can have all of those ‘goods’, all of those rights, without making people who are harmed simply collateral damage.

In our view, individuals can have recourse to help without damaging the public’s right to free expression and access to information.   We don’t erase history.  But we should provide some redress to people needlessly harmed by the unintended consequences of the digital age.