In a previous blog, I wrote about our visit to Haida Gwaii this past fall. That visit signaled the start of our initiative on the relationship between Indigenous communities and the RCMP in British Columbia. A lot has happened since then, and I wanted to provide you with an update.

In early October, I visited the Gwa’sala-‘Nakwaxda’xw First Nation in Port Hardy. While I was there, I conducted a Know Your Rights workshop with members of the Gwa’sala-‘Nakwaxda’xw Nation, where we discussed our rights under the Charter of Rights and Freedoms in encounters with police, including rights against unreasonable search and seizure, rights against arbitrary detention, and rights to counsel on arrest. While in Port Hardy, I also documented a police complaint of an Indigenous man against the RCMP, which will be filed with the Civilian Review and Complaints Commission for the RCMP. 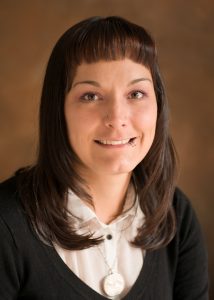 Victoria-based lawyer, Sonya Pighin, will be working with us on the Policing Indigenous Communities Initiative.

In mid-October, we at the BCCLA were pleased to be joined by Victoria-based lawyer, Sonya Pighin, who will work with us on this initiative. Sonya is a member of the Lheidli T’enneh First Nation, and belongs to the Gitdumden (Bear/Wolf) Clan of the Wet’suwet’en.

In late-October and late-November, Sonya and I visited Prince George, Smithers, and Terrace to meet with Indigenous leaders, service providers, and community members. On one hand, our visit was to hear about the current state of policing in Northern BC, and on the other, it was to hear about how the BCCLA could collaborate with Indigenous communities on this initiative.

As we begin the new year and look forward to our work on the Policing Indigenous Communities Initiative, I thought I would provide some background as to how we got here.

In 2011, the BCCLA conducted consultations in 14 communities on policing in Northern and Rural BC. These consultations culminated in a report titled, Small Town Justice: A Report on the RCMP in Northern and Rural British Columbia, which identified a number of problems with policing practices by the RCMP. The concerns expressed by the communities we consulted with included:

In 2014, the federal government established the Civilian Review and Complaints Commission for the RCMP (“CRCC”). The CRCC is an independent agency of the federal government created to consider and review public complaints against members of the RCMP in regards to misconduct. The CRCC launched an investigation into RCMP member conduct in northern British Columbia, specifically in the RCMP’s North District. The CRCC’s investigation examined the following issues:

In a statement on the release of the Report[2], Ian McPhail, former Chairperson for the Commission stated that the investigation “did not result in findings of systemic misconduct by RCMP members in northern British Columbia,” Mr. McPhail added that the investigation did find “several policy and reporting weaknesses, issues with policy compliance by members, and the need for more robust training and supervision.”

In a February 2017 joint statement by the Union of B.C. Indian Chiefs, the Canadian Feminist Alliance for International Action and Justice for Girls, and the BCCLA on the release of the Commission’s report on its investigation, Grand Chief Stewart Phillip stated:

“This investigation has revealed serious failures on the part of RCMP members and supervisors, across Northern BC, including huge problems in the way that the RCMP deal with investigations of missing persons including women and girls. We are deeply disappointed that this report completely avoids any examination of allegations of systemic racism against Indigenous people by the police in northern British Columbia. This is a tragic fact of life that First Nations people have to live with every day, many of whom have their rights violated by police repeatedly. The Human Rights Watch report that prompted this investigation made scathing allegations of racism, neglect and mistreatment by police towards Indigenous women and girls in particular, and this investigation has failed to deal with these issues that are gripping our communities and that create a lack of trust between our communities and the police. If the complaints commission, and the RCMP itself, genuinely want to improve relationships with First Nations people, there is a great deal more work to do. The recommendations in this report, while they may help to improve some police practices, will not fix the massive problem of systemic racism that our people experience daily and have had to endure ever since the RCMP started policing our lands and peoples.”

The BCCLA added that the Commission’s report confirms that the RCMP in Northern BC:

Following the release of a joint statement, we were invited by the CRCC to co-facilitate workshops on police accountability in a number of communities in the province, including Haida Gwaii.

One part of the Policing Indigenous Communities Initiative includes providing public legal education in Indigenous communities, while another part includes potentially incorporating indigenous justice practices into the police complaints process. Our community partners play a leading role, and we expect the initiative to evolve as we continue our collaboration.

During the week of February 5 – 9, 2018, we will conduct a series of Know Your Rights workshops for our community partners in Prince George, Smithers, and Terrace. We will be joined by representatives of the Civilian Review and Complaints Commission for the RCMP, the independent body that receives, reviews, and initiates complaints of police misconduct by RCMP members, and the Independent Investigations Office of BC, the independent body that conducts investigations into officer-related incidents of death or serious harm. Both agencies will provide information on their work to our community partners. We look forward to updating you on the initiative in the new year.

[1] A link to the report backgrounder can be found here: https://www.crcc-ccetp.gc.ca/en/report-policing-northern-british-columbia-backgrounder

[2] Here is a link to the CRCC’s press release at: https://www.crcc-ccetp.gc.ca/en/newsroom/complaints-commission-releases-report-policing-northern-british-columbia

[3] Here is a link to the joint statement at: https://bccla.org/news/2017/02/rcmp-northern-bc-policing-investigation-first-nations-human-rights-groups-react/