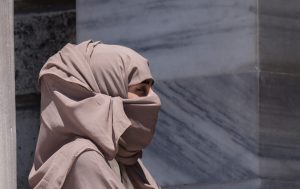 On Wednesday October 18, 2017, the Quebec National Assembly passed Bill 62, formally titled “An Act to foster adherence to State religious neutrality and, in particular, to provide a framework for requests for accommodations on religious grounds in certain bodies” (the “Act”). The Act requires Muslim women wearing the burqa or niqab to unveil in order to provide or receive public services. Despite being articulated in the language of religious neutrality, this legislation is anything but. The restrictions that are imposed on Muslim women who wear the burqa or niqab will affect their lives in ways that violate their Charter protected rights and freedoms. In the past, the BCCLA has stood in opposition to similar niqab or burqa bans, and we continue to stand in strong opposition to such restrictions. This law represents an over reach of coercive state power into the private decisions of individuals, and it should not be tolerated in a free and democratic society.

Breaking it down: What does the Act entail?

The Act is intended, on its surface, to affirm the religious neutrality of the state. It claims to recognize the importance of having one’s face uncovered when public services are provided and received, in order to “ensure quality communication between persons and allow their identity to be verified for security purposes.” It imposes a duty on public employees to exercise their functions in a religiously neutral manner.[1] This duty applies to a wide scope of public servants, including peace officers, and employees of school boards, colleges and universities. It also applies to physicians, dentists and midwives practicing at public institutions.

An even larger group of public officials and employees are barred from covering their face while providing services under this law.  In addition to those already described, the face covering prohibition also applies to all elected municipal and provincial officials, and employees of childcare centres and accredited private educational institutions. Significantly, it is also illegal for a member of the public to have their face covered while requesting a public service. The law does not provide any definitions about what it means for the face to be covered.

The Act also provides a framework for determining whether an individual is eligible for an exemption from the face covering ban, or for an absence from work due to their religious beliefs. One of the criteria that a person dealing with a request for relief from the face covering ban must consider is whether “the accommodation is consistent with the right for equality between women and men”, which appears to set up an additional basis to deny public services to women who cover their face for religious reasons.

A Mask of Neutrality and a Veneer of Constitutionality

While the Act claims to ensure “state religious neutrality”, it is difficult to reconcile this law with any notion of neutrality or constitutionality.

The allusion to state religious neutrality is almost absurd given that the law has two provisions that directly contradict such a claim.  First, the law must not affect “the emblematic and toponymic elements of Quebec’s cultural heritage, in particular its religious cultural heritage.” This means the crucifix under which the bill was debated in the legislature won’t be going anywhere. Secondly, the law enables health professionals to refuse to recommend or provide professional services because of their personal convictions (which includes religious beliefs).  It makes absolutely no sense that this right for health professionals is somehow reconcilable with “state religious neutrality” while their patient who wishes to cover their face for religious reasons needs to apply for an accommodation under an unclear regime.

The Act is extremely problematic from a constitutional perspective. The prohibition on face coverings for public employees and individuals requesting public services improperly limits the freedom of religion and freedom of expression guarantees in the Charter of Rights and Freedoms. The law also infringes the right to equality, because it will disproportionately impact women who belong to a religious minority. It is the BCCLA’s position that these breaches cannot be justified as reasonable limits on Canadian’s rights within a free and democratic society.

In order to justify its intrusion into the lives and personal choices of Canadians, the Act highlights the language of “communication, security, and identification.” However, even in instances where there is a genuine need for the identification of women who wear a religious face covering, the removal of that face covering need only be brief, and accommodation can be provided through female service workers – a practice that is already provided across Canada. This was highlighted by the BCCLA’s Policy Director, Michael Vonn, when this ban was first proposed in 2010. Not only is there a lack of evidence that the law is addressing a pressing and substantial concern, the ban on face coverings in the Act could never be construed as minimally impairing the rights in question.

The marginalization of Muslim women

The consequences of this legislation are far reaching, and will impact Muslim women’s lives in profound ways. Chiefly, the Act ensures the active policing of Muslim women’s bodies by regulating their dress. By defining what a woman can and cannot wear, the legislation is building on millennia of patriarchal attempts to restrict women’s choice and agency. Denying women access to public services because of their choice in dress actively restricts gender equality and the woman’s agency. Personal autonomy is devalued when the right to adhere to the belief of one’s choice is not respected. Restrictions to a woman’s ability to work and access basic services, such as riding the bus, limit her ability to be a self-determining member of society, and thereby contribute to her inequality.

Whether the goal is to force women to veil or unveil, both iterations are coercive attempts at hindering a woman’s freedom to have agency over her own body and choice of dress. While secularists might argue that de-veiling is necessary to “save” the Muslim woman from oppression, those forcing women to veil are using the same logic they claim to resist by arguing that it’s necessary. Both arguments hypocritically define equality in a manner that objectifies the woman’s body and measures freedom by how much of a woman’s body is covered or uncovered. This framework completely disregards a woman’s agency to decide for herself, and it is entirely coercive.

In defense of the legislation, the Premier of Quebec stated: “You speak to me, I speak to you. I see your face, you see mine. It’s part of communications. It’s a question in my mind that is not solely religious. It’s human.” In defining who is human and who is not, the Premier’s statement construes Muslim women who choose to veil as less than human. This dehumanization is part and parcel of the racism that saturates Canadian society and history, and only underlines the Islamophobic rhetoric that frames Muslims as “other” and thus a threat. The niqab or burqa act as a visual symbol that speak to the degree to which Muslim women have assimilated- and to the Premier, their degree of humanity. This establishes an ‘us’ versus ‘them’ narrative that Muslim women, and Muslims at large, must constantly negotiate.

A recent study showed that 46% of Canadians viewed Islam unfavourably [2]. This increasing Islamophobia shadows this legislation. The secularist rhetoric that is used to justify this legislation through the framework of “religious neutrality” only exacerbates the marginalization of Muslims. More dangerously, this ban may embolden those who do hold Islamophobic sentiments. It cannot be forgotten that most recently on January 29th, 2017, 6 people were killed in the Quebec City mosque shooting.

The message put forward by this law is very clear: in order to be accepted, and given basic services, Muslim women must do as they are told. What remains obvious is that the Act will ensure the continued and exacerbated marginalization of Muslim women.