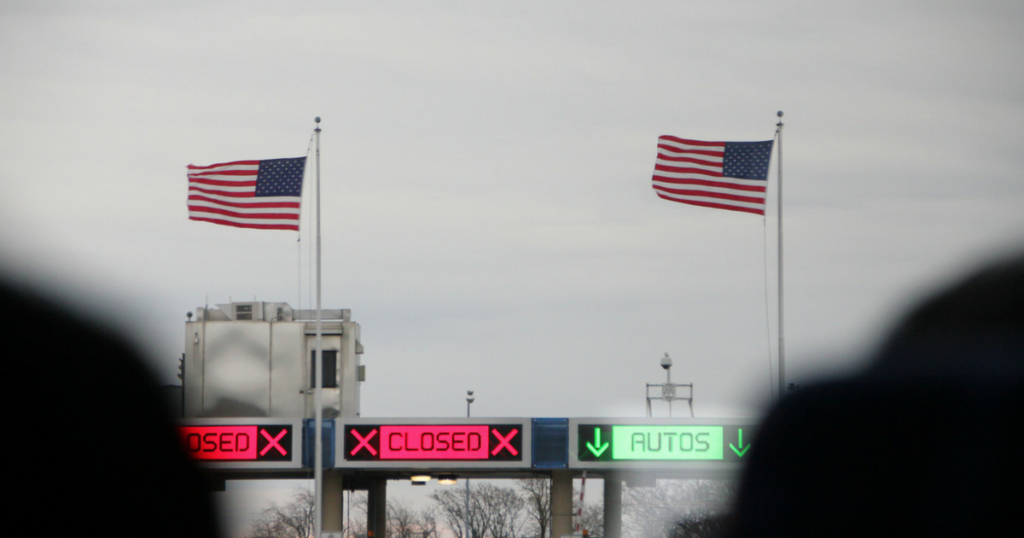 On Sunday September 24th, President Trump issued a new executive order banning almost all travel to the United States (“US”) from seven countries.[1] This new order is wider in scope that the original travel ban, in that it imposes the restrictions for an indefinite term, rather than a 90 day period. The restrictions will be regularly reevaluated at least once every six months.

Trump’s first order in January restricted entry from certain foreign nationals to the US and resulted in much airport chaos and legal challenges to the president’s authority.  A revised ban followed in March and expired on Sunday.  The Trump administration claims that Sunday’s executive order is the result of much deliberation after reviewing the capacity of each nation state to meet new, minimum standards for identifying and screening travelers and sharing information with the US law enforcement agencies.

Details of the new ban

Countries impacted by earlier bans which are included in this most recent order:

The suspensions will become effective on October 18, 2017, except that their effect is immediate for anyone whose entry was already barred by Section 2(c) of the March Executive Order (i.e. nationals of Iran, Libya, Somalia, Syria and Yemen who lack a credible claim of a bona fide relationship with a person or entity in the United States).

The Canadian Cross-Border Legal Coalition (“CCBLC”), of which the BCCLA is a member, continues to collect records of injustices experienced at the border. If you or someone you know has been refused at the border, the CCBLC want to hear from you. Send an email to [email protected] including your first name, your current location and your phone number, and a legal professional will contact you as soon as possible.

The version going into effect tonight is a modified executive order signed in March, and further modified by the Supreme Court’s ruling on Monday.

Details of the new ban

Becca Heller, director of the International Refugee Assistance Project believes that with the significant restraints placed on the executive order by the Supreme Court that this really only impacts a very small number of people.

Of the more than 100,000 people who legally entered the U.S. from the six countries last year, most would be qualified to enter under the Supreme Court’s criteria, according to State Department data. Nearly 30,000 had immigrant visas, and more than 25,000 arrived as refugees matched up with non-profit groups or sponsor families.1

Moving forward, travelers in a wide range of visa categories will have to prove their connection to a U.S. organization or individual in order to avoid the ban – at least until the Supreme Court hears and decides the overall dispute.

The Canadian Cross-Border Legal Coalition (“CCBLC”), of which the BCCLA is a member, is deploying volunteer lawyers and advocates to major airports across Canada to monitor the implementation of the travel ban and assist affected travelers.

Providing a reliable record of injustices experienced at the border will help legal teams fight the travel bans. If you or someone you know has been refused at the border, CCBLC want to hear from you. Send an email to [email protected] including your first name, your current location and your phone number, and a legal professional will contact you as soon as possible.

“The Constitution of the United States is a law for rulers and people, equally in war and in peace . . . under all circumstances.”

On February 9, 2017, the U.S. 9th Circuit Court of Appeals unanimously dismissed President Trump’s application to reinstate his January 27th Executive Order restricting persons from seven predominately Muslim countries from travelling to the U.S. and freezing refugee admissions into the U.S. This means that, until a court orders otherwise, all officials at U.S. airports and other ports of entry are not allowed to prohibit entry to people from Iraq, Iran, Libya, Somalia, Sudan, Syria and Yemen who are travelling on valid visas and are otherwise admissible.

The three judge panel rejected the argument that the Executive Order was “unreviewable” and held that the federal government had failed to establish any irreparable harm if the Executive Order was not reinstated. The Court further found that the federal government had not presented any evidence that the prior system for screening visitors from the seven countries identified in the ban was inadequate.

Comments from the White House after the court’s ruling suggest that President Trump may appeal to the U.S. Supreme Court, which may be done on an urgent basis. This means that a decision either to reinstate the Executive Order or to continue to block it is possible and could be rendered as early as next week.

(Update courtesy of Open Society Foundations, New York, NY – this does not constitute legal advice but is information passed on by BCCLA)

*** Note: Individuals who signed I-257s (or anything revoking their visa) are also eligible for the I-193 waiver, but there are reports that some have been denied boarding. Where possible, Coalition members should assist them in clarifying that they are eligible for the waiver. Where unsuccessful, going to the embassy to get a new visa may be another option, but risks that the stay will be lifted.

A Federal Judge in Seattle has suspended the effect of the travel ban. See story here: https://www.wsj.com/articles/legal-feud-over-trump-immigration-order-turns-to-visa-revocations-1486153216

We do not have any information at the moment as to how this new order is being applied by US Customs and Border Patrol. The below, however, is what we currently understand, with thanks to volunteer lawyers in Vancouver who have been working on this at Vancouver Airport and other lawyers across the country. This is not legal advice – we just mean to pass along the latest information that we have.

February 1, 2017: Ask Canada’s government to take immediate action on the US travel ban

Last night Canada’s Parliament held an emergency debate on the issue of Canada’s response to the US travel ban. The debate concluded around midnight, but yielded few clear answers.

What we are hearing from Canada’s federal government so far is concerning. Immigration Minister Ahmed Hussen has indicated that Canada will not revise its refugee resettlement targets in light of the US ban. The Minister of Immigration has further stated that he will not, at this time, suspend the ‘Safe Third Country’ agreement between Canada and the US.

Meanwhile, pressure to do exactly that — suspend the ‘Safe Third Country’ agreement— is mounting. Civil society groups have been calling for this action since last week. The BCCLA joined that chorus. Yesterday, a coalition of more than 200 law professors from across the country also called on Canada’s government to take this action.

So, what is the Safe Third Country Agreement?

The Safe Third Country Agreement, requires refugee claimants to ask for protection in the first safe country they arrive in – so, with some exceptions, people traveling through the U.S. can’t come to Canada’s border and ask to seek asylum there.

This means that refugees who arrive on Canada’s doorstep via a land border will be turned back to the United States. In a time when the US has closed their doors to refugees, this agreement simply doesn’t make sense.

Knowing this situation, when Canada turns refugees away at our borders as part of this agreement we are choosing to send away people whose lives are in peril.

Canada’s government can easily rectify this situation. Suspending the agreement can be accomplished simply by notifying the US that we intend to suspend the agreement. We can do so for up to three months at a time without having to rescind the agreement entirely. Should the entry ban in the US persist or worsen, we can renew the suspension or choose to rescind at that time. The full text of the Safe Third Country agreement can be found here.

Canada’s immigration minister has been quoted as saying that “The responsible thing to do is to maintain contact, to continue to engage and make sure we monitor the situation closely to make sure we provide information to Canadians,”.

In this case, that response makes no sense. Our continued engagement with this agreement puts lives in danger. The responsible action here is to suspend this agreement.

That’s why together with our friends at the Canadian Civil Liberties Association we are asking Canadians to contact their MP, the Prime Minister, and the Minister of Immigration seeking immediate action in response to the US Travel Ban.

Our email tool makes it easy to make your voice heard. Use it right here, right now.

The email itself outlines 8 specific actions. These are:

If you use the email tool, you’ll be asked at the end if you want to self-select as someone who wants to volunteer in a variety of capacities on a ‘rapid response’ basis. We need you, and we need your skills. Let’s get organized! I hope you’ll take action now, and sign up for the rapid response group that makes sense for you.

Continue to check back here for the latest updates on Canada’s response to the US travel ban.

Since the order was issued on Friday, questions have arisen regarding its applicability to Canadian citizens and / or permanent residents. While the U.S government has apparently given assurances Canadians holding dual citizenship from one of the seven countries named in the order are not barred from travelling to the U.S., many questions remain about the manner in which the order is being applied at border crossings.

Border officials have significant discretion when carrying out their duties and entry to the U.S. is evaluated on a case-by-case basis. The bottom line is that Canadians may still encounter problems at the U.S. border.

Until there is further clarity regarding the way in which the order is being applied at U.S. border crossings, Canadians with dual citizenship from Iran, Iraq, Libya, Somalia, Sudan, Syria and Yemen should consider avoiding travelling through a U.S. port of entry.

The BCCLA will update this with more information as it becomes available. Canadians encountering problems crossing the U.S. Border should call Canada’s emergency travel number at 613-996-8885.