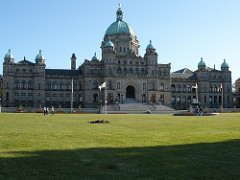 The Supreme Court of Canada released its decision in BC FIPA v. AGBC on January 26, 2017. We told you about this case in another blog post back in October, and you’ll recall that the issues the Court had to grapple with were whether the expression of political views during an election campaign constitutes “sponsorship” of “election advertising”, and whether a ban on such expression without prior registration with Elections BC violates the right to freedom of expression.

The Court ruled that that the BC Election Act’s prohibition on unregistered sponsorship of election advertising does not capture small-scale election advertising – individuals who engage in expressive activities like displaying handmade signs in their windows, placing bumper stickers on their cars, or wearing T-shirts with political messages on them.

This is great news for individuals in BC wanting to speak up on issues that matter to them during the election campaign. As we said in our intervention before the Court, requiring people to declare their political activities to the government silences the voices of those already marginalized within the political arena: those with little money, little political power, and views that challenge the status quo.

While we were hoping the Supreme Court’s decision would help clarify a set of rules that have caused incredible confusion and consternation among BC non-profits and individuals, the ruling was not a clear victory. Even worse is that the resulting guidance bulletin issued by Elections BC is the exact opposite of clarifying, and appears to us to be completely unmoored from what the Court actually said in its decision. Those hoping for a clear set of rules to guide their communications during the upcoming BC election campaign will be sorely disappointed.

First, the Court ruled that the lack of any minimum spending threshold before the registration requirement kicks in violates freedom of expression. However, it held that this infringement is justified. As we noted in our October blog post, BC is the only province that doesn’t set a minimum amount that must be spent on election advertising before a person has to register. We’re concerned that small spenders will continue to find their freedom of expression rights chilled by the requirement to register before speaking out during the campaign period.

What’s worse though is how the Court’s decision is being interpreted by Elections BC. After the ruling, Elections BC posted a new bulletin on “Handmade Elections Advertising” on its website. The bulletin states:

This bulletin has been rolled into a longer, more comprehensive Guide to Communications for Provincial Advertising Sponsors, available on the Elections BC website. 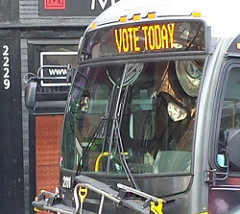 This bulletin is completely inconsistent with the Supreme Court of Canada’s decision in a number of respects. First, the Court set out clearly that the sections of the Elections Act in question apply to “paid advertising”, not to individual or group expression that does not take the form of “advertising” as that term is commonly understood. The Court stated that the provisions are directed “only at those who undertake organized advertising campaigns — that is, “sponsors” who either pay for advertising services or who receive those services without charge as a contribution. In no case does the registration requirement apply to those engaged in individual self-expression.”

The bulletin also creates an arbitrary limit of 25 homemade pamphlets or signs, which must be created alone using one’s own supplies and hand-delivered to the recipients. Again, there is no support for such a draconian restriction on freedom of expression in the Court’s decision.

The Bulletin goes on:

“Groups of individuals or organizations that conduct any sort of election advertising are advertising sponsors and must register with Elections BC before sponsoring the advertising.”

Once again, this is out of line with what the Court said in its decision. The Court makes clear that free expression by groups and organizations is equally constitutionally protected expression and is to be treated in the same way as expression by individuals.[1]

The BCCLA and BC FIPA, the plaintiff in the case, wrote to the Chief Electoral Officer expressing our concerns and urging them to revise the new bulletin so that it is consistent with the Court’s ruling and does not improperly interfere with freedom of expression. The reply we received stated that there are no plans to revise the bulletin.

Well, in the short term, we find ourselves back in the same state of confusion and self-censorship that prevailed before the Supreme Court of Canada’s decision. Elections are a time when our freedom to express our opinions and beliefs is more important than ever. It’s very disappointing that despite a years-long legal fight supported by countless hours of pro bono legal assistance, those charged with implementing the decision of the nation’s highest Court have issued an interpretation that is so far off base.

In the longer term, we will continue our advocacy to get these laws changed. As BC FIPA points out, just before their challenge was heard by the Supreme Court of Canada last fall, Elections BC did make a major climb down from their previous position regarding communications over the internet.

In a Bulletin posted last September, Elections BC stated that electronic communications such as tweets, Facebook posts, web posts or emails would no longer be considered to be advertising, so registration would not be required for those activities.

And what should you do? 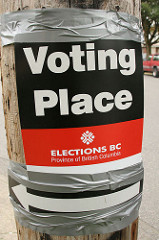 Well, all we can say is that despite the Court’s decision, Elections BC’s interpretation still requires all groups or organizations to register before engaging in elections advertising, and the law still defines “election advertising” incredibly broadly. Same goes for any individual who wants to produce and personally hand-out more than 25 copies of homemade signs or pamphlets during the campaign period. Failure to comply with the registration requirement could result in a complaint made against you, a significant fine, or even up to a year in prison.

It could also result in the next court case challenging the law.

[1] See para 24: “However, s. 239 of the Act limits the registration requirement by requiring registration only by individuals or organizations who “sponsor election advertising”. The ordinary meaning of “sponsor” does not suggest a person engaged in individual self-expression, but rather a person or group that is undertaking or “sponsoring” an organized campaign. A “sponsor” is “a person or group that promotes another person or group in an activity or the activity itself, either for profit or for charity.”