The Supreme Court of Canada is hearing an important case today on issues of freedom of expression, privacy, and our right to speak out about political issues that matter to us. 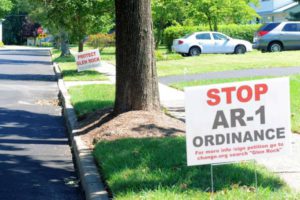 If you communicate your political views to the public during an election campaign on an issue that a candidate or party is associated with (and really, can you think of an issue that a candidate or party is NOT somehow associated with?), you’re required to register this “election advertising” with the Chief Electoral Officer (CEO). And this requirement applies to simple, inexpensive communications like posting a sign in your window, sticking a bumper sticker on your car, or wearing a t-shirt as you walk down the street. It also applies to websites and newsletters – critical communications tools for many groups and organizations – and means that the website of an organization addressing poverty, pipelines, or any one of the many issues “with which a party may be associated” suddenly becomes “election advertising” once an election campaign kicks off, and must be registered.[2]

Elections BC recently issued a Bulletin about Internet communications. The Bulletin states that messages without placement costs on the Internet, such as Facebook, Twitter, Instagram and other social media posts, YouTube videos, emails and websites will no longer be considered election advertising.

The law has had a significant and disturbing impact on public debate in the lead-up to the last two provincial elections, particularly for social movement organizations: charities, non-profits, coalitions, labour unions and citizens’ groups. Back in 2010, the BCCLA partnered with the Canadian Centre for Policy Alternatives and BC FIPA to release a report documenting these impacts in the 2009 election. The research found, most disturbingly, an anti-democratic chill on election discourse, as many groups and movements self-censored to comply with the law.

BC is the only province that does not set a minimum amount that must be spent on election advertising before a person is required to register with election authorities. Other provinces recognize that while it’s important to prevent big spenders from dominating the conversation and drowning out smaller voices during an election campaign, it’s not necessary to impose onerous registration requirements on people who spend little to no money to express their political views. But in BC, a person or group who fails to register with the CEO before displaying even simple and inexpensive forms of political expression is liable to a fine of not more than $10,000 or a year in prison, or both.

The BCCLA is intervening in the case to argue that the registration requirement silences the voices of those already marginalized within the political arena: those with little money, little political power, and views that challenge the status quo.

One of the most basic means of personal political expression is the display of a poster or sign. But those most likely to use these modest means of communication to express their political views are also the most likely to be deterred by the registration requirement, which forces them to declare their political activities to the government. Those with little money, little power, and views that challenge the status quo are often incentivized by their circumstances to avoid government.

For example, individuals on parole or in receipt of social assistance or government disability benefits may be reluctant to draw the government’s attention to themselves, let alone specifically to their political activities; people who are homeless may be det 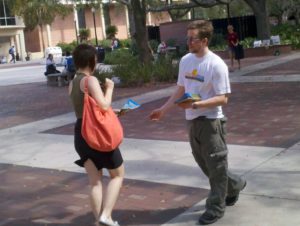 erred by the fact that they don’t have an address or contact number to provide; those who owe money – whether to the government or to less savoury elements – have reason to be hard to find.

This registration requirement limits privacy and serves to stifle the political expression of those on the margins of society: people of modest means seeking to advance contentious, unpopular or under-represented views. It also suppresses important advocacy work by social movement organizations and citizens’ groups. Moreover, there is simply no compelling government objective for the registration requirement that would justify its significant negative impacts on freedom of expression.

We’re proud to join BC FIPA at the nation’s highest court today to argue for broad public participation in our democratic dialogue, unfettered by unnecessary and privacy-violating restrictions.

[1] There are exceptions for the publication of news, editorials, etc. in a “bona fide” publication or on the radio or TV; distribution of a book if the book was planned to be made available to the public regardless of whether there was an election; documents shared with members, employees or shareholders in an organization; and non-commercial transmission of personal views over the Internet, telephone or text message. See section 228 of the BC Elections Act.

[2] Elections BC recently issued a Bulletin about Internet communications. The Bulletin states that messages without placement costs on the Internet, such as Facebook, Twitter, Instagram and other social media posts, YouTube videos, emails and websites will no longer be considered election advertising.

Previous Post: The “New” CSIS – a de facto Secret Police
Next Post: We’ll be giving you a call!