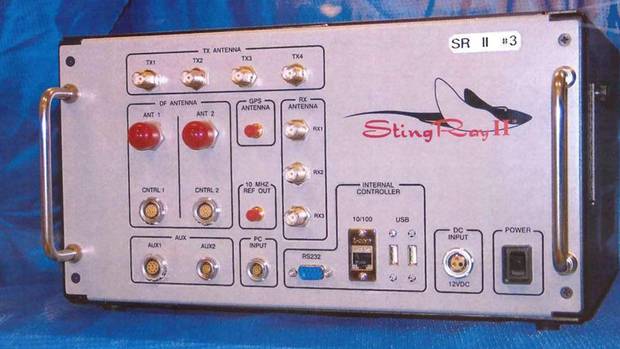 On Monday, July 25, 2016 BCCLA Policy Director Micheal Vonn will be speaking at the International Society for the Reform of Criminal Law conference in Halifax, N.S. Her talk “Neither Confirm Nor Deny: British Columbia Grapples with Whether Police Need to Come Clean on the use of IMSI Catchers/Stingrays”, delves into B.C.’s experience trying to get to the truth about the use of these controversial surveillance devices.

The Inquiry into the Vancouver Police Department’s (VPD) records on surveillance devices known as “Stingrays” has been scuttled.

“Stingrays”, also known as “IMSI Catchers” are devices that mimic cell phone towers to intercept information about and from cell phones in a given area. These cell-site simulators trick nearby mobile devices into connecting, revealing the phone’s location and data transmissions, including texts, emails and even voice conversations.

In 2015 Pivot Legal Society, filed Freedom of Information (FOI) requests to find out whether Vancouver police have bought one for use. The answer they got, left them with more questions.

The VPD, said that it would neither confirm nor deny the existence of any such records using an exemption to access to information which shields disclosures that “harm the effectiveness of investigative techniques and procedures used or likely to be used in law enforcement.”

In response, the BC Office of the Information and Privacy Commissioner (OIPC) launched an Inquiry into the VPD’s refusal to respond to the freedom of information request.

VICTORY? NOT QUITE THAT SIMPLE

The Inquiry was to determine whether the VPD could refuse to respond to the request for information.  And we are not going to know the answer to that question, because the Inquiry has folded.

It folded because mid-Inquiry the VPD “volunteered” the information, making the Inquiry moot.  And this should be a victory of course, because we got the information we’d been seeking.  Only it’s not quite that simple…

The first problem is that, with the folding of the Inquiry, we’ve lost the opportunity to get clarification on how the “neither confirm nor deny” provision in the Freedom of Information and Protection of Privacy Act is supposed to work. In our submission to the Inquiry, we said that the VPD did not meet the test for this exemption and should never have used it in the first place.  Access to information is a critical tool for governmental accountability and it could be years before we see a clarification of this provision, which now has to await another case. 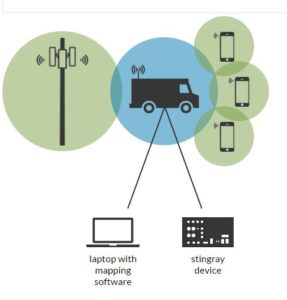 Meanwhile, what did we learn from the “volunteered” disclosures?  Well, here they are in their entirety:

As you noted in your Submission, since the filing of your complaint and review, information about the device commonly referred to as an IMEI Device or IMSI Catcher has been accessed through court records in Canada and reported on by media organizations.  In consideration of all the relevant circumstances, the Vancouver Police advises that it does not have this device and does not hold records responsive to your access request of July 23, 2015.

Presumably the first draft of this letter was something along these lines:

Ha-ha-ha.  All that work on your part and we never had nothing in the first place!  Wa-ha-ha.

But there are very important questions that flow from this response.

On the substantive side, the question is not whether the VPD “has” such a device, but whether it has access to one.   That is a distinction that is incredibly important in light of the news reports from Motherboard and Vice News that the RCMP has allowed other police departments to use the RCMP’s Stingrays or has given other police departments access to the data captured from their Stingrays.  We are signed on to this letter requesting that the VPD clarify whether it has access to the RCMP’s devices or access to data collected from the RCMP’s devices.

On the procedural side, the question is how it is possible that one of the biggest municipal police forces in the country has “no records responsive” to a request for records about one of the most talked about police surveillance devices in this and many other countries?  No memos, no briefing notes, no emails, no agenda items for discussion, no deliberations recorded in meeting minutes?  Nothing!  How is that possible  — unless you’re practicing the “oral governance” technique of deliberately not putting things in writing to avoid having them accessed through freedom of information?

Surely “we got nothing” is a little hard to understand in this context.

SO, WHERE ARE WE NOW?

So, where are we now? We are awaiting a response from the VPD on the questions about the RCMP’s devices.  And while the BC Inquiry was set to be precedent setting, ours is not the only jurisdiction attempting to get police to provide information about Stingrays.  Between advocates and intrepid media reporters we are going to get the real story on how these mass surveillance devices are being used in domestic policing.  And then our work will be to shape how (and if) these devices can be used in compliance with individuals’ Charter rights.  These, after all, are mass surveillance devices, not targeted individual surveillance devices and how (and if) they can be used in a Charter-compliant fashion has yet to be decided.

And none of this is as it should be.  Public interest organizations, the media and courts should not be playing hide n’ seek with the police to get information about whether they are breaching our Charter rights.  New technologies that necessitate controls in order to be used lawfully by the police should not be allowed to be hidden and insulated from constitutional scrutiny.  The media stories on the RCMP’s devices say they have been used for a decade.  It is likely that, as with the recent case about cell phone tower dumps that we reference in our submission on Stingrays (at page 14) ,we are going to find out that people’s rights were violated for years on mass.

ACCOUNTABILITY ON THE FRONT END

We’ve got a huge accountability deficit with “innovative” devices and techniques used in Canadian policing.  And while we need to have effective investigative tools in the hands of the police, too often the claimed need for secrecy has prevented appropriate accountability.  One of our aims is to bring the accountability piece to the front end of this process, instead of filing access requests to uncover rights violations that may have been occurring for years.