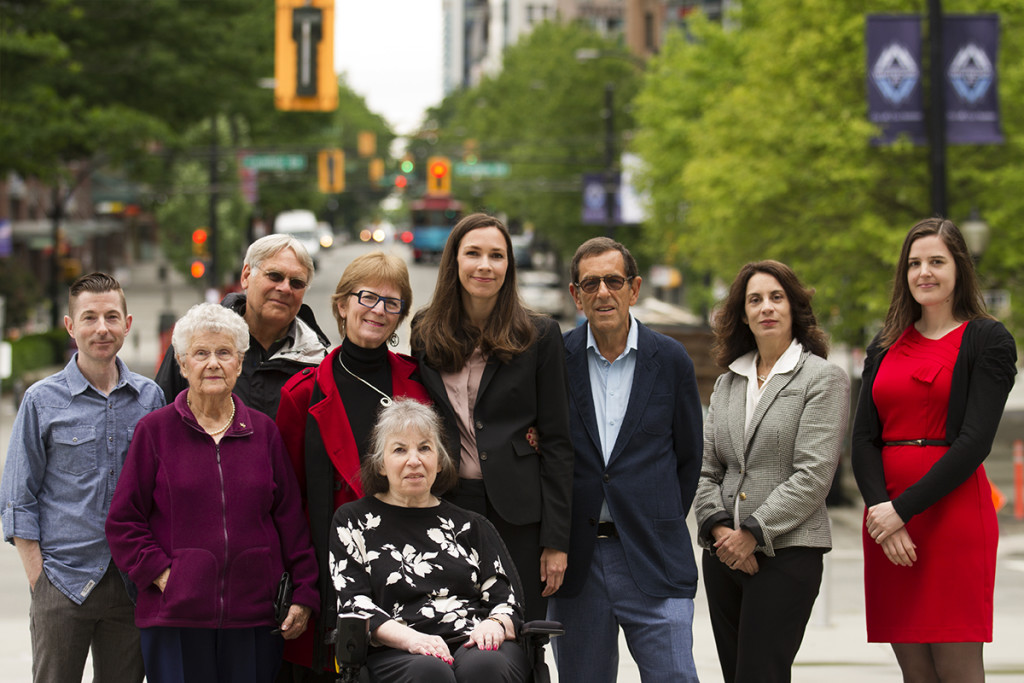 Bottom line: The federal government of Canada has proposed assisted dying legislation that is much more restrictive than what the Supreme Court decided. The proposed legislation, Bill C-14, would leave out entire categories of Canadians, and restrict access only to those Canadians whose death is reasonably foreseeable. It is a violation of the Charter rights recognized by the Supreme Court in Carter v. Canada.

MPs will have a free vote in the House of Commons in less than 48 hours. We are already seeing that MPs who are hearing from their constituents are starting to understand just how important these changes are. Your MP needs to hear from you before then.

Call your MP at their constituency office

Use this tool to find your MP using your area code: http://bit.ly/2322Ylm

Calling your MP at their constituency office in your community can be a better way to reach them than at their Parliamentary office in Ottawa.

Consider tweeting at your MP or finding them on Facebook. It might seem odd, but while most calls or emails will be received by staff, personal social media accounts are often still managed by your MP themselves. It can be a great way to reach them directly, and publicly. Find your MP’s twitter handle here: http://politwitter.ca/page/canadian-politics-twitters/mp/house

Our friends at Dying with Dignity Canada have put together a pre-written email that you can send to your MP, and the Minister of Justice.

Customize it, or send it right away: http://bit.ly/1qoSBeH

If Bill C-14 passes, suffering Canadians will be forced to return to court to fight for their rights again.

They are wrong in characterizing the Supreme Court’s decision as being limited only to those who are nearing the end of their life. This case was not just about helping people to ease their dying process, but about allowing people who are not dying to escape intolerable suffering.

Bill C-14 must be amended to comply with the Carter v. Canada decision.

We are urging Parliament to amend Bill C-14 to ensure that it does not condemn Canadians to indefinite suffering simply because their death is not just around the corner.

Your voice can make all the difference. Debate on the legislation has just started in Parliament. Your MP needs to hear your voice before they vote on the proposed assisted dying bill.

“The way government’s supposed to work”

“Bottom line is I’d like to see some changes to suit my constituents’ needs and to respect the Carter (decision) as a benchmark,”  Ms. Ratansi said in an interview. “At the moment, they feel … that the bill has not met the benchmark. I don’t want people who are suffering to go to court and to (have to) challenge to get their rights.”

Toronto Liberal MP Adam Vaughan, parliamentary secretary to Prime Minister Justin Trudeau has said that the government is open to having debate on the bill and to making some changes and it has vowed to let MPs vote freely.

“I think now you’re looking at a process where Canadians, through their members of Parliament, can effect the changes they want to see … That’s the way government’s supposed to work,” Vaughan said in this CBC article.

Poll after poll tells us that more than 80% of Canadians support the right of  Canadians to make their own decisions about how much suffering to endure. This bill does not reflect their opinions, or those of the Supreme Court of Canada or the advice of the Parliamentary committee on medically assisted dying.

Members of the government are stating publicly that it is not too late to make changes to this bill to better align it with the Carter decision and the Charter of Rights, but they need to hear from you today.

We are not in the courts anymore. It’s up to you and I to convince our MPs to amend this bill.

Previous Post:
Next Post: Calling for a Public Inquiry on Canada’s transfer of Afghan detainees to torture