Over the last three weeks the Service de Police de la Ville de Montréal (SPVM) has engaged in cracking down on expressions of dissent in shocking and deeply troubling ways. Almost 500 peaceful protesters in Montreal have been arrested and handed $637 fines over the course of three protests, which took place on March 15, 20, and 22, respectively. Montreal’s Bylaw P-6 is the law that has been used as the basis for these arrests. This legislation, and the attitudes that support these actions, have no place in a free and democratic Canada.

In addition, on Thursday, April 4th student demonstrator Jennifer Pawluck was removed from her home and taken into police custody for having posted a photo of anti-police graffiti on her Instagram photo profile. While BCCLA certainly does not condone the imaginary violence depicted in the graffiti – a bullet in the head of one of the Montreal police force’s public spokespersons – we do not think that someone who has merely photographed the image or shared the image on social media, without any intent of threatening violence, should be rounded up and subjected to a potential criminal prosecution. 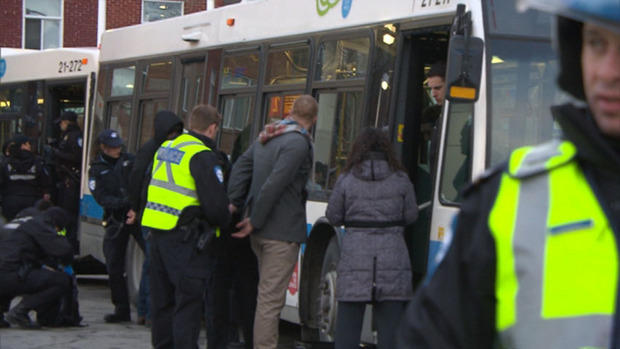 These rights are protected in our most fundamental law because they are the bedrocks of healthy democracies. Public protest, demonstration and dissent advance critical conversations about public policy and government accountability. A significant example of this is Quebec’s Maple Spring, where an unpopular policy was overturned after hundreds of thousands of citizens took to the street to oppose it. Montreal’s crackdown on this kind of demonstration is certain to chill expression and restrict fundamental freedoms. Our democracy will be weaker for it.

While it is certainly true that rights are not absolute, limitations on constitutional rights must proportional, and no greater than necessary to achieve a pressing and compelling objective.  We believe Bylaw P-6 overreaches significantly, and in ways that would not survive constitutional scrutiny. Montreal’s Municipal Bylaw P-6 requires, among other things, that masks not be worn during protests, and that protest organizers file advanced notice of the intended route of any demonstration. It contains similar provisions to the now repealed Bill 78, which was heavily criticized across Canada. In fact, Bylaw P-6 itself has been condemned by the Barreau du Québec (Quebec Bar Association). 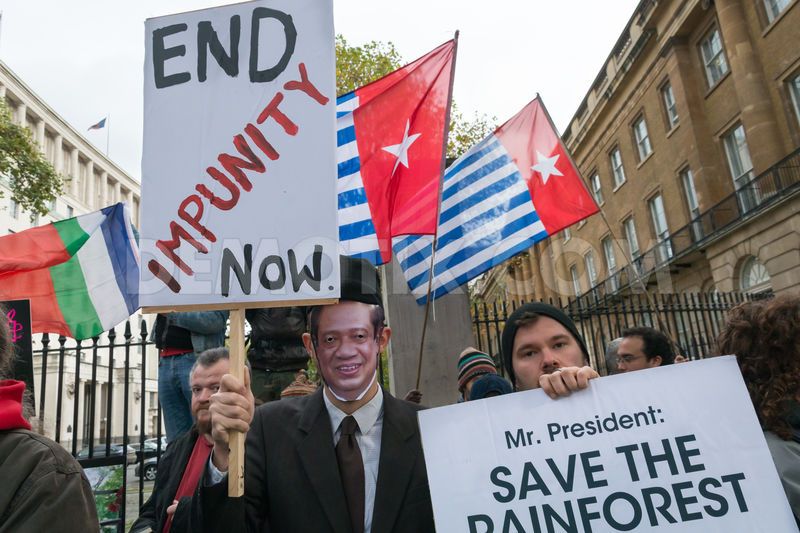 In 2012 the BCCLA presented before the Parliamentary Standing Committee on Justice & Human Rights on bills that would proscribe the wearing of face masks during public demonstrations. At the time we presented very real concerns about freedom of expression, privacy, and the presumption of innocence.  Masks can be a powerful aid to unpopular speech. For those who wish to convey messages that are likely to offend governments or others, the anonymity that masks provide may encourage the uninhibited expression of views by offering security against reprisal from government, employers, family or others. Bylaw P-6 throws out these concerns, along with any possibility of anonymity in peaceful protest; a possibility of great importance to vulnerable individuals, and those who hold opinions deemed unpopular either here or abroad.  The BCCLA continues to oppose legislation that bans the wearing of masks in peaceful protests, and we call on legislators to understand the value of anonymity in public dissent.

Reports from these demonstrations say that crowd kettling began before the demonstrations had a chance to begin. On each occasion these individuals were detained for a number of hours and fined $637. The March 19th and 22nd protests were peaceful. There was no violence, no criminal act.  The reason cited for the arrests in question is the bylaw’s requirement to file advanced notice of the intended route of any demonstration. The enforcement of this unbending restriction precludes impromptu responses to unforeseeable or recent events, and imposes significant restrictions on peaceful gatherings in an unjustified way. No sufficiently compelling or pressing objective has been identified that would justify these restrictions. American courts have repeatedly ruled that First Amendment protections prohibit advance notice regulations from being used to prevent rallies or demonstrations if they are unnecessary for public safety. Canadian citizens deserve the same robust protection of their rights.

Indeed, we should be vigilant about being regulated out of our rights. In Speech Out of Doors: Preserving First Amendment Liberties in Public Spaces, U.S. legal scholar Timothy Zick describes how controlling access to space is used to silence and distort dissenting voices. He argues that the steady erosion of public space through hyper-regulation has reduced “the expressive topography” which is the site of popular democracy. In 2012, BCCLA Policy Director Micheal Vonn wrote that the location of a protest matters, saying that “[p]lace is where power is contested” and “[d]isplacement is often used to silence”.  By rounding up Canadian citizens in the streets and slapping them with massive fines, the actions of Montreal’s police force are very evidently being used to silence dissent, whatever the City’s purported rationale for this law may be.

Moreover, the use of crowd kettling, widely discredited and formally abandoned by Toronto’s police force in the wake of the shameful G20 incidents, is gravely worrying. The UN Special Rapporteur on the rights to freedom of peaceful assembly and of association has recently criticized this practice in the United Kingdom as “detrimental to the exercise of the right to freedom of peaceful assembly due to its indiscriminate and disproportionate nature”. These actions are meant not only to silence but to intimidate.

These tactics have no place in a free and democratic Canada. Montreal Bylaw P-6 must be repealed. Montreal’s police force must reinvigorate their commitment to protecting constitutional rights.

Previous Post: On the Boycott, Divestment and Sanctions (BDS) movement and the narrowing of acceptable speech
Next Post: Assisted dying bill: suffering Canadians left behind