The right to vote and participate in the democratic election of one’s government is one of the most fundamental of the Charter rights. For without the right to vote in free and fair elections, all other rights would be in jeopardy.

These words were written in 1989 by Beverly McLachlin, then the chief justice of the BC Supreme Court, in her ruling on the BCCLA’s groundbreaking case Dixon v. Attorney General of BC. In that decision about the unequal size of electoral districts, the Court held that giving some citizens’ votes less weight than others’ ran counter to the Charter principles of equality and democratic governance. 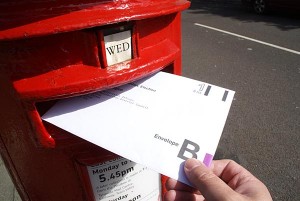 The BCCLA believes that Bill C-50, the Citizen Voting Act, threatens the right to vote so eloquently described by our future Chief Justice of Canada, and may well be unconstitutional. This law will make it unduly difficult for Canadians living abroad to vote in federal elections. When I delivered the BCCLA’s expert testimony to the House of Commons’ Procedures and House Affairs Committee last week, I outlined our grave concerns about Bill C-50 and called for it to be rejected.

Currently, Canadians living abroad can register to vote at any time. When they register, they are entered into the International Register of Electors, a database of eligible voters living outside of Canada. Bill C-50 would scrap this database and require expat voters to register for each and every election. Critically, it would allow them to do so only during the official campaign period leading up to voting day. That is an incredibly tight time frame for Canadian voters abroad. The BCCLA sees no valid rationale for giving Canadians abroad so little time to register—and sees many serious risks in doing so. Canada’s Chief Electoral Officer has himself observed that many eligible voters might not be able to complete the multi-step registration process in time: applying for a ballot, proving their citizenship and last residency, waiting for that to be assessed by Elections Canada, waiting for the ballot to be mailed to them, and mailing it back.

Bill C-50 would require Canadians living abroad to re-prove their last residence in Canada at every single election in order to maintain their eligibility to vote. But why? If an individual has produced documentation of their last residence in Canada, why can’t that proof stand until they return to Canada? After all, Canadians who live in Canada are not expected to constantly re-prove their residency at each election; most keep that information up-to-date by opting to share the personal data on their tax returns with Elections Canada. So, why would non-resident Canadians, whose most recent address in Canada obviously can’t change, need to prove their former residency over and over again? The government has produced no compelling justification for this onerous step. The BCCLA fears that it will disenfranchise eligible voters who just haven’t bothered to keep old bills or pieces of ID containing their last Canadian address, or who have had to give up their government issued ID with address (like a driver’s licence) to apply for local ID abroad. 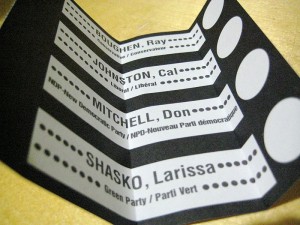 If you don’t have the documentation to prove your last Canadian address, you can have someone vouch for you. But under the new law, this too is problematic. A person can only vouch for the residency of one voter living abroad. And the person doing the vouching (the “voucher”) must have lived and still live in the same riding as the expat’s last residence (this was expanded from the original version of the bill that required the voucher to live in the same polling district – meaning the same street or sometimes the same apartment building – as the expat). The rule that no two voters can have the same person vouch for them to confirm their last residence makes no sense. One can easily foresee a situation in which the members of an expat family, who have long lived abroad and don’t have acceptable proof of their last residence in Canada, would be unable to locate enough people in their Canadian home riding to vouch for each of the family members. So maybe you’re still in contact with an old neighbour who—lucky coincidence!—happens not to have moved out of the riding. But how likely is it that, years later, you would have kept in touch with five different neighbours who could vouch for you and for your four family members? Or maybe you and your partner are still in good touch with a couple you used to socialize with back home. But what happens when one member of the couple passes away? Then there’s only one voucher left for the two of you.

Furthermore, the BCCLA takes issue with the requirement that the person who vouches for you must reside in the same riding where you lived immediately before moving abroad. Is your former neighbour’s word somehow less trustworthy because they live on the wrong side of an electoral boundary (perhaps directly across the street from your old residence)? Or because their riding recently changed when electoral boundaries were redrawn? Or, for that matter, because they happen to have moved? 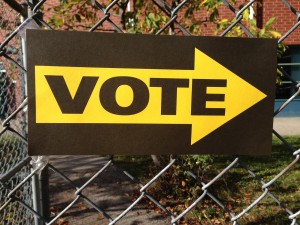 This is all senseless. Given the lack of evidence of widespread electoral fraud by Canadian expats, the BCCLA takes the position that Bill C-50’s infringement of Charter-protected voting rights is unjustifiable. The systems we choose to govern ourselves should maximize citizens’ ability to participate effectively in the democratic process, not restrict it. This law needlessly makes voting more difficult and undermines basic democratic rights.

The BCCLA’s history of protecting the right to vote stretches back for decades. Right now, the BCCLA has filed for permission to join a challenge to last year’s Fair Elections Act that has been filed by the Council of Canadians and the Canadian Federation of Students in Ontario’s courts, to stop people from being disenfranchised in the upcoming federal election. Whenever the health of our democracy comes under threat, the BCCLA is committed to speaking up and protecting the rights of Canadians to vote.