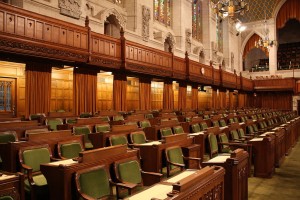 This week, the Senate’s Standing Committee on National Security and Defence continues its pre-study of Bill C-51, while an amended version of the Bill proceeds to third reading in the House of Commons.

The House of Commons Standing Committee on Public Safety and National Security (“SECU”) made just four amendments to the omnibus bill, despite hearing witness after witness express serious concerns about the Bill and its impact on basic rights and freedoms. We don’t think these amendments even begin to address the fundamental flaws in the Bill, and discuss why in our submissions to the Senate. These submissions also include our take on some of the comments made by government lawyers at the clause-by-clause review of the Bill at SECU – comments which deal with the scope of the new CSIS powers; accountability in cases where information sharing by government results in harm to individuals (as we saw with Maher Arar); and whether the Federal Court of Canada is being asked to authorize unconstitutional activities by CSIS agents under the proposed warrant regime. 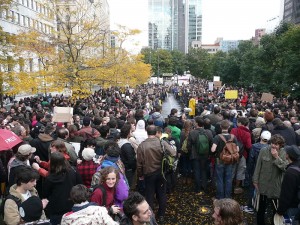 1. The amended version now explicitly excludes all “advocacy, protest, dissent and artistic expression” from the definition of “activity that undermines the security of Canada” in the proposed Security of Canada Information Sharing Act (“SCIS Act”). (This is a change from the previous exemption, which was limited only to “lawful advocacy, protest, dissent and artistic expression.”) While this amendment is welcome, we remain concerned that the broad definition of security will continue to capture expressive activities – as we have said before, activities undermining the “security” of Canada under the proposed SCIS Act would include activities that relate to not just public safety, but to public life in general. Moreover, recent examples show that government already takes a very wide view as to what constitutes a threat to Canada’s security.

2. The amended version contains new language regarding the scope of information sharing under the proposed SCIS Act. Section 6 of the proposed Act, as it was originally tabled in the House of Commons, read as follows:

For greater certainty, nothing in this Act prevents a head, or their delegate, who receives information under subsection 5(1) from, in accordance with the law, using that information, or further disclosing it to any person, for any purpose.

The amended version of Bill C-51 now contains a revised Section 6, which reads as follows:

For greater certainty, the use and further disclosure, other than under this Act, of information that is disclosed under subsection 5(1) is neither authorized nor prohibited by this Act, but must be done in accordance with the law, including any legal requirements, restrictions and prohibitions.

In our view, the revised language is a distinction without a difference. While the formulation has changed, the substance of this clarification is the same: any receiving agency is free to further disseminate information to any person, for any purpose, so long as it is “in accordance with the law.” 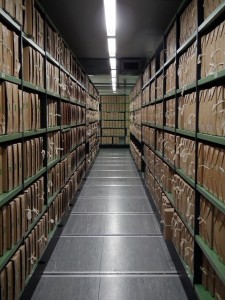 The concerns raised by Professors Roach and Forcese with respect to the original Section 6 have equal application here: existing law governing information sharing is thin, and to the extent that it exists in legislation like the Privacy Act, it is “riddled with exceptions and limitations” to its reach. For example, s. 8 of the Privacy Act sets out 14 different exemptions to the general prohibition against disclosure of personal information without the consent of the individual to whom that information relates.

One such exemption allows personal information under the control of a government institution to be disclosed for “any purpose where, in the opinion of the head of the institution, the public interest in disclosure clearly outweighs any invasion of privacy that could result from the disclosure.” The public clearly has a strong interest in ensuring that Canada’s security is protected, but when Canada’s security is conceived of in terms as broad as those set out in the SCIS Act, the range of activities that could serve as justification for massive information sharing is dramatically expanded. And when the aim is to identify threats (as opposed to tracking known threats), there is nothing in this legislation and in the existing privacy legislation to prevent government institutions from either requesting or offering up entire databases for review by any of the other (at present, 17) scheduled institutions.

3. The third amendment recommended by SECU modifies the requirements imposed on airlines to give effect to the new no-fly regime under the proposed Secure Air Travel Act. We’ve set out our concerns on this proposed Act before, so we will not repeat them here. Nothing in this amendment – designed to protect the airlines and to mitigate their concerns about their ability to enforce the no-fly list – addresses our basic questions regarding the efficacy of no-fly regimes in general, or our serious concerns about the procedural infirmities specific to the no-fly scheme proposed in this Bill.

4. The final amendment relates to the proposed “threat disruption” powers for CSIS, and states that Bill C-51 is not giving any “law enforcement” powers to CSIS. This amendment gives us no comfort. “Law enforcement” is not a legal term, and it is unclear what it actually means in this context. Perhaps CSIS may not have the power to “arrest” and “jail,” but as the Department of Justice acknowledged during SECU’s clause-by-clause review, these new disruption powers would permit CSIS to “take measures to interfere with a person’s movement” – in other words, to capture and detain. The Department of Justice also noted that “rendition” or “removal to another state” are not “law enforcement powers,” which means that such practices remain available to CSIS as “threat reduction” measures. As Professors Roach and Forcese observe:

If CSIS wishes to detain or interrogate, it will do so for threat disruption purposes, not “law enforcement.” The government’s peculiar language does precisely nothing to dispel concerns about a system of CSIS “security detention” or “detention for security interrogation.” Given the disturbing experience in other jurisdictions after September 11, 2001, the absence of an express, emphatic bar on detention is alarming.

The range of activities authorized by this “threat reduction” power includes activities we traditionally think of as belonging to the police – detaining and holding individuals; interrogating them while in detention. As a result, we would say that despite the assertion that CSIS is not being granted “law enforcement” powers, it is clear that the new “threat reduction” power is, for all intents and purposes, a policing power.

We’ve said it before, but we’ll say it again: the government has simply not made its case for why this Bill is necessary and good for national security. And it has done nothing to dispel any of the concerns raised by us and so many others about its legality and constitutionality. This Bill is fundamentally flawed, and cannot be salvaged by any amendment, let alone these four here.

Read our submissions in their entirety here.

Previous Post: Elephants in the court
Next Post: FINTRAC: the national security conversation that’s flying under the radar