In February 2015, the Supreme Court of Canada, in a unanimous decision, confirmed that Canadians have the constitutional right to choose physician assistance in dying. The BC Civil Liberties Association is overjoyed by the Supreme Court’s ruling. This is a tremendous victory for the protection of human rights and compassion at the end of life.

This means that seriously and incurably ill Canadians who are suffering unbearably will have the choice to seek the assistance of a doctor to have a compassionate and peaceful death. Physician-assisted dying will now be recognized for what it is – a medical service.

The BCCLA filed the case in April 2011 on behalf of Gloria Taylor, who suffered from ALS, Dr. William Schoichet, a family doctor, and Ms. Carter and Mr. Johnson, a married couple of Roberts Creek, B.C., who accompanied Lee’s 89-year-old mother, Kathleen (“Kay”) Carter, to Switzerland to peacefully end her life.

Summary of the judgment 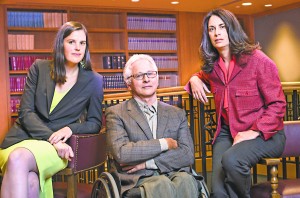 The Court determined that the criminal laws violate the Canadian Charter of Rights and Freedoms. In particular, the Court found that the laws deprived the section 7 right to life, liberty, security of Gloria Taylor and others suffering from serious and incurable diseases. The laws deny the section 7 rights of individuals to have control over choices that are fundamental to their lives and cause unnecessary suffering.

The Court wrote, “Section 7 is rooted in a deep respect for the value of human life. But s.7 also encompasses life, liberty and security of the person during the passage to death. It is for this reason that the sanctity of life “is no longer seen to require that all human life be preserved at all costs.” (Rodriguez, at p. 595, per Sopinka J.) And it is for this reason that the law has come to recognize that, in certain circumstances, an individual’s choice about the end of her life is entitled to respect.” (para. 63)

The Court determined that the deprivation of seriously ill Canadians’ rights to life, liberty and the security of the person is not in accordance with the principles of fundamental justice because the prohibition on assisted dying is overbroad. The criminal prohibition is overbroad because it applies to all Canadians, even individuals like Gloria Taylor who were competent, fully-informed, and free from coercion and duress. Moreover, the ban is not justified because Parliament could protect vulnerable people while still allowing competent, seriously ill and suffering adults the right to a physician-assisted death.

The Supreme Court allowed Parliament and the provincial legislatures 12 months to enact new legislation that upholds these fundamental human rights. The Court made it clear that no level of government was required to enact legislation. 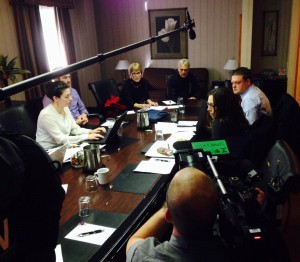 The BCCLA team gathers with the Carter and Johnson family in preparation for the Supreme Court ruling in Ottawa as a documentary film crew looks on.

The Court concluded that individuals who meet rigorous criteria should be able to avail themselves of assistance in dying.

An individual would need to:

How this now compares to the law/regimes in other countries

The Court’s ruling today means that Canada has joined the long list of countries that permit physician-assisted dying.

Many countries such Belgium, Luxembourg, the Netherlands, and the US states of Oregon, Washington, Montana, New Mexico and Vermont allow for aid in dying. Their history shows that the fears raised by opponents have not materialized, and death-with-dignity regulations are safe and work as designed.

The Court affirmed the findings grounding the trial judge’s conclusion that the evidence from permissive jurisdictions established that physician assisted dying could be regulated in a safe manner.

Gloria Taylor became the first Canadian ever to win the right to ask a doctor for help in dying. Gloria passed away in 2012.

We expect that the federal government and provincial legislatures will honour this ruling and recognize that physician-assisted dying is one of many choices that competent patients can make as part of compassionate end-of-life medical care.

The BC Civil Liberties Association welcomes the opportunity to work constructively with the federal and provincial governments to ensure that patients are free to seek appropriate medical treatment and make fundamental choices in the context of their physician-patient relationships.

The Role of BC Civil Liberties Association

The BC Civil Liberties Association launched this lawsuit because we believe that seriously and incurably ill patients should have a voice in how their lives should end.

We are Canada’s leading civil liberties organization, launching more public interest litigation than any other human rights organization in this country.

This is one incredible day in the long history of the BC Civil Liberties Association – and we will continue to work with Canadians to uphold our cherished rights and freedoms.

63 thoughts on “The death with dignity decision explained”