A guest blog by Lisa Kerr

A version of this blog appeared in The National Post. 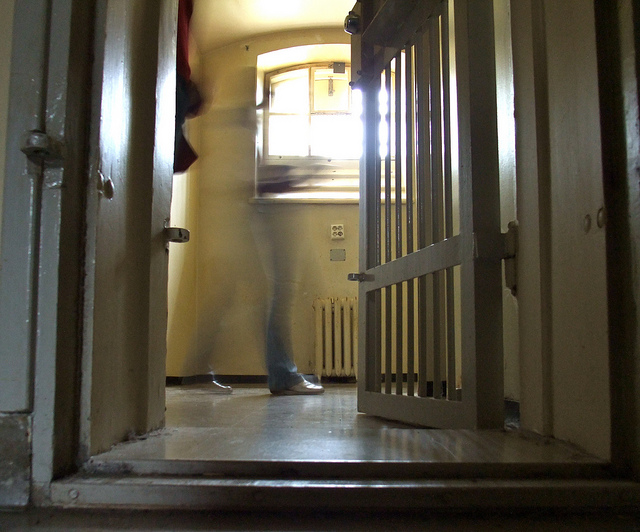 A new day has come in the fight to end excessive forms of prisoner isolation in Canada. A lawsuit filed in the B.C. Supreme Court against the federal government alleges that the laws governing isolation of prisoners in the federal system are unconstitutional. If successful, the suit would compel the government to reform the “administrative segregation” provisions of the Corrections and Conditional Release Act, which allow prisoners to be locked in cells for up to 23 hours per day. There are no time limits on the practice and no external oversight. While we have seen dozens of investigations, commissions and reports on this topic, no Canadian court has had the opportunity, until now, to adjudicate a comprehensive constitutional challenge.

The lawsuit comes in response to chronic political failure. Every independent study and government assessment has agreed on the need for reform. Despite that, governments have not acted. Demand for reform intensified with the case of Ashley Smith, whose 2007 death in prison after extensive periods in administrative segregation is now a national symbol of institutional failure and legal inadequacies.

The Ontario Coroner who reviewed Smith’s death concluded that the punitive culture of segregation was a severely flawed means to address her challenges. The Coroner concluded that this punitive atmosphere cultivated the fatal decision of correctional officers not to intervene as she lay dying in her cell, and recommended unequivocally that indefinite forms of segregation be abolished. In December 2014, the leadership of the Correctional Service of Canada rejected that recommendation. A lawsuit based on the protections of the Charter of Rights and Freedoms is the only avenue that remains to remedy the chronic refusal of prison officials and legislators to subject segregation to appropriate constraints.

The court will learn how the severity of segregation can be affected by factors like prison infrastructure, staff culture, overcrowding, and the vulnerabilities of particular prisoners. In some cases, segregation will be appropriate and brief — just long enough to solve a problem. But the CCRA is not designed so as to insist upon good outcomes. The law allows prisoners to be segregated on the basis of few objective criteria. Prisoners do not know when they will be released, and they do not know what they have to do in order to achieve release. As the public inquiries into cases like Ashley Smith and Eddie Snowshoe have made clear, the law is prone to unacceptable failures.

The lawsuit recognizes that prison officials may occasionally need to separate prisoners from one another. It recognizes that prisons are difficult places to govern and that prison employees do not ask for the complicated problems that we hand to them. But it asks for limits on the practice of keeping individuals locked in cells. It asks the judiciary to order what so many experts have recommended before: time constraints, external oversight, and special protections for the mentally ill. If segregation beyond specified time periods is absolutely necessary, the prison service should be obligated to seek judicial approval in advance.

This is public interest litigation. The two plaintiffs — the John Howard Society of Canada and the B.C. Civil Liberties Association — have long records of working to improve the quality of the criminal justice system. In 2011, the BCCLA brought a claim on behalf of Bobby Lee Worm, a young aboriginal woman who spent more than three years in administrative segregation under a controversial policy known as the “management protocol.”

When the protocol was designed in 2003, experts advised the CSC that it was illegal. CSC leadership implemented it anyway. In 2008, the Office of the Correctional Investigator recommended that the program be rescinded, and CSC’s own review agreed that the protocol was dysfunctional. But it was only when the BCCLA filed suit that the CSC cancelled it. Prisons can be profoundly resistant to change, even when they recognize the need for it. The law that allowed the management protocol remains on the books, which the new case aims to change.

The CSC maintains that unlimited segregation is essential to prison safety. But prisons have several options available to them to end segregation, including dispute resolution, an appropriate transfer, enhanced supervision, medical treatment and psychological intervention. Prison officials know how to end segregation — that’s their expertise. But a prison is a complicated bureaucracy where things move slowly. The focus is on compliance with the law, which means that the law must contain clear standards. The current law does not.

Clear limits on segregation could actually protect prison employees by clarifying their duties and preventing abuses. Those who work in our prisons should not have to endure traumatic experiences like prisoner deaths, and the external critique and even criminal prosecution that can follow. Prison staff should have dignified working conditions where they can exercise their skill and training in delivering rehabilitation to prisoners. The time for waiting for voluntary reforms has passed. The federal government should be ordered to establish a system of segregation that works better to guarantee the dignity and long-term security of our penal institutions.

Lisa Kerr is a doctoral candidate in the law faculty at New York University, and a Trudeau Foundation Scholar. Follow her on Twitter @coleenlisa.