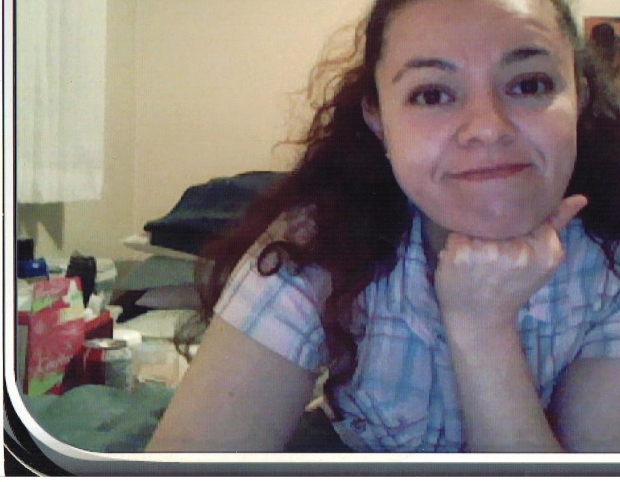 Distressed, afraid, and alone, Lucía Vega Jiménez hanged herself in a cellblock several storeys below Vancouver International Airport, in the early morning of December 20, 2013. She was a 42-year-old woman who was in Canada without regular status, fleeing from what we understand was a fear of violence in Mexico. She was stopped in a SkyTrain station by transit police, and turned over to the Canada Border Services Agency (CBSA) (a transit police officer testified that he referred her to CBSA, in part, because Lucía had a Spanish accent). It was in CBSA’s custody and care that she eventually died.

For the past four days, lawyers for the BC Civil Liberties Association have been participating in the Coroner’s Inquest into Lucía’s tragic suicide. We are there to try to get to the bottom of hard questions surrounding her death: Would Lucía Vega Jiménez still be alive today if CBSA had acted differently? Did any action, or inaction, on the part of CBSA while Lucía was in custody contribute to the desperation that she evidently felt, and that drove her to take her own life? Were there warning signs that CBSA ignored? Did she fail to receive the appropriate medical or mental health care while she was in custody?

Here are just some of the things that we learned in the first days of the Inquest hearings.

Tuesday afternoon, evidence was given that a nurse in the Alouette correctional facility where Lucía was being held had referred her for a mental health assessment just days before her suicide attempt. Nurse Lilia Hernandes-Cazares testified that an assessment had been scheduled but that the appointment was cancelled when Lucía was taken downtown from the prison to a detention review. The nurse said that she’d received notice from CBSA that Lucía was not going to be returned to Alouette. That was incorrect. Turns out she was coming back, later the same day. When Lucía was returned to prison, the assessment was not rescheduled. This assessment would have sought to determine the nature of any mental health issue she may have suffered, and whether treatment was needed to stabilize her condition.

Had Lucía received the mental health support that the nurse said she needed, she might very well be alive today. This testimony suggests a significant error took place somewhere in Canada Border Services Agency’s detention process. The evidence states that it was clearly identified that Lucía was suffering mental health issues – so much so that a nurse had scheduled her for an assessment. Instead of ensuring that Lucía got the medical care she required, the evidence we have heard suggests that mis-communication, non-communication, and a drive to deport Lucía as fast as possible prevented her from getting the help that she clearly needed. Days later, she committed suicide.

A CBSA officer dealing with Lucía admitted on the stand that the agency suspected that Lucía had possible mental health issues. She had a mental health assessment scheduled, but CBSA either didn’t ensure that she was able to attend, or CBSA didn’t know that the assessment had been scheduled, suggesting a problem in the flow of information. Either way, it’s a serious problem. And further, regardless of information received or missed from the nurse, CBSA personnel were themselves aware of Lucía’s potential vulnerability, as a CBSA officer testified that she was aware of suspected mental health issues in any event, and had discussed that with the Mexican consulate.

It’s clear that, since Lucía’s death, authorities have recognized that they have a problem. Further testimony in the afternoon from Sandra Gemmill, Assistant Deputy Warden with BC Corrections, indicated that changes have been put in place since Lucía’s suicide to ensure that all mental health referrals for detainees facing possible removal from Canada are treated as “urgent” and given priority. This is a welcome practice directive, but it addresses only one of the concerns highlighted by this tragic case. 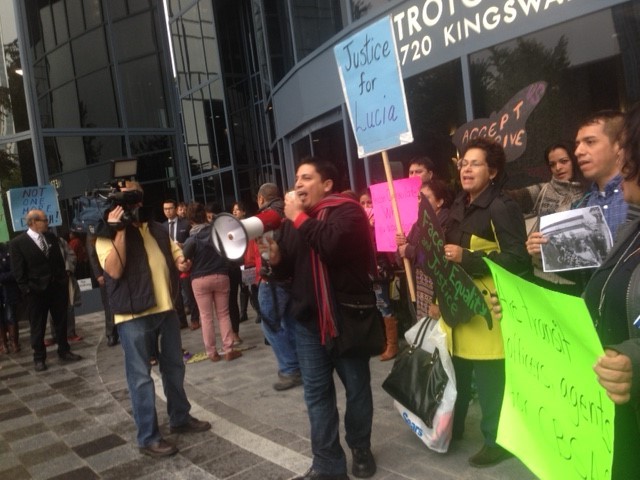 Demonstration at the Coroner’s inquest into the death of Lucía Vega Jiménez (Photo: Josh Paterson)

The testimony of the CBSA officer dealing with Lucía suggested that CBSA treated her removal as its priority, over anything else. It was clear that Lucía was intending to file a Pre-Removal Risk Assessment, or PRRA. This is a final opportunity for someone who has no status in Canada to apply to remain in the country because they could face persecution, danger of torture, risk to life, or risk of cruel or unusual treatment or punishment in their country of origin. The federal government says that the possibility of filing a PRRA exists because “Canada is committed to ensuring that people being removed from Canada are not sent to a country where they would be in danger or at risk of persecution.” The CBSA knew that Lucía intended to file a PRRA because she had told them. But the CBSA officer testified that this was not her priority. In fact, she testified that assisting with a PRRA wasn’t in CBSA’s interest. An internal email from the officer dealing with Lucía said that “unfortunately” she was going to file a PRRA. The email stated that this case was a “very frustrating Mexican removal!” with a smiley face emoticon attached. While she may not be speaking for CBSA administration in her testimony, her words are highly suggestive to us of a culture at CBSA that does not place sufficient value on the protection of the rights of the people it detains. If it’s “unfortunate” that someone would attempt to seek Canada’s protection, and that attempt “frustrates” removal (!), what else can be concluded about CBSA’s aim. The officer testified that the PRRA isn’t a priority because it’s a decision that rests with another ministry, Citizenship and Immigration Canada, and not the CBSA (which is under the Public Safety ministry). That makes no sense. If, as the federal government says above, Canada is “committed to ensuring” that nobody is removed to a place where they are in danger of death or torture, then all the agencies working on this must make that a priority.

Lucía’s application for a pre-removal risk assessment was never filed. The CBSA knew she intended to file, but on the deadline date, they heard from Lucía’s lawyer that she would not be filing. The next morning, the CBSA spoke with Lucía, who told them that she had wanted to file. They did not tell her that she could still file, past the deadline. They did not manifest any concern that they were now hearing information from Lucía that directly contradicted what they had heard from her lawyer the day before. Rather, they took the position that it was just too late. When questioned as to why she did not inform Lucía that she still had an opportunity to file a PRRA, she responded that Lucía had been aware of the deadline, and that in any event, her lawyer would know that you could still file after the deadline. But the message to Lucía was simply that it was too late, and now you are being deported. Within 48 hours, Lucía had hanged herself.

Further allegations have been heard in sworn testimony that Lucía was bullied or harrassed in the Alouette correctional facility, where immigration detainees are not held separately from criminal detainees.

It appears to us that the apparent all-out rush to deport Lucía, the failure to ensure she got the mental health attention that she needed, the conditions of her detention, and any number of other errors possibly laid the groundwork for this awful event.

This is just the testimony that we have heard so far. As was becoming clear at the inquest even while this article was being typed, there were more problems at the airport holding facility where she ultimately hanged herself. All of the problems underline the urgent need for an independent and effective complaints and monitoring mechanism for the CBSA.

The CBSA testified yesterday that they have made changes to their procedures since Lucía’s death, including suicide prevention training, a staff member focused on detentions, and changes to communications protocols to try to avoid the miscommunications that may have caused the cancellation of Lucía’s mental health assessment. We do not yet know if these changes will be sufficient to prevent future tragedies. They are too late for Lucía.