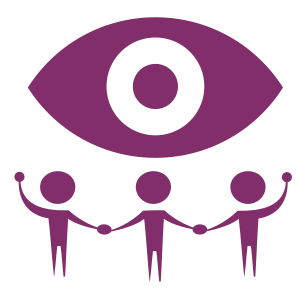 This week, human rights and privacy organizations around the world are marking the first year anniversary of the International Principles on the Application of Human Rights to Communications Surveillance with a Week of Action.

The Principles were launched at the 24th Session of the United Nations Human Rights Council in Geneva last year; the BCCLA was a member of the coalition instrumental in designing the Principles, and one of over 400 organizations worldwide that’s signed on to them.

As part of this Week of Action, the BCCLA and its colleagues from around the world are posting articles and commentary reflecting on these 13 key principles. Here, we discuss state obligations to respect international human rights law and safeguards for international cooperation, from a Canadian perspective.

That safeguards for international cooperation are crucial for ensuring respect for human rights is something Canadians know all too well. The story of Maher Arar should be a familiar one to readers of these pages. In September 2002, acting on information from the Canadian government, the United States detained Arar while he was on a layover in a New York airport. He was held in solitary confinement in a Brooklyn prison until he was sent to Syria to be tortured, the victim of an extraordinary rendition. It turned out to be a case of mistaken identity – the information shared by Canadian authorities was erroneous. But equally troubling was the fact that Canada had provided this information with no written caveats relating to its use, and continued to disclose information about him with foreign agencies even after he was detained in New York. The national Commission of Inquiry convened to look into Canada’s role in Arar’s detention and torture concluded that the conduct of Canadian officials and the way in which they disclosed information to foreign partners directly contributed to his rendition and prolonged his detention in Syria.

In light of its findings, the Commission called for important changes to Canada’s international cooperation and information disclosure arrangements. It recommended the use of caveats when disclosing information between both domestic and foreign agencies, to clearly set out appropriate use and distribution. The Commission also made clear that “information should never be provided to a foreign country where there is a credible risk that it will cause or contribute to the use of torture. Policies should include specific directions aimed at eliminating any possible Canadian complicity in torture, avoiding the risk of other human rights abuses and ensuring accountability.” In the Commission’s view, such an approach is necessary to ensure that Canada does not run afoul of its international human rights obligations, particularly with respect to the universal and absolute prohibition against torture.

Still, no prohibition to end torture

We highlight these recommendations – made over eight years ago – because Canada’s law enforcement and intelligence agencies have yet to adopt as standard practice a prohibition against information disclosure where there is a substantial risk that it would result in torture or cruel, degrading and inhuman treatment. In fact, as followers of this blog may recall, quite the opposite has happened: in July 2011, Minister of Public Safety Vic Toews issued a memo authorizing the Canadian Security Intelligence Service (CSIS) to disclose information to foreign agencies even in cases where such cooperation carries substantial risk that someone will be tortured. It turned out that this authorization wasn’t limited to just CSIS, either; through a series of access to information requests, Jim Bronskill of the Canadian Press discovered that Canada’s primary national security agencies were all given similar authorizations. This included the RCMP (Canada’s federal law enforcement agency), the Canada Border Services Agency (CBSA) and Communications Security Establishment Canada (CSEC) – Canada’s signals intelligence agency. This remains the information-disclosure practice today, despite calls from civil society and the UN’s Committee Against Torture to rescind the authorizations.

There are compelling legal and policy reasons for why such authorizations are incompatible with the requirements of international human rights law and practice. As we’ve said here before, the prohibition against torture isn’t simply a promise to not torture. In order for the prohibition against torture to have meaning or efficacy, all activity associated with torture must be equally condemned. That certainly includes disclosing information to foreign partners with the knowledge that torture may well result.

If states are to engage in communications surveillance of any sort, it must be conducted in a rights-respecting manner. This goes for both how communications are collected (the act of surveillance itself) and how these communications are ultimately used, and disclosed. And the view from here is that this is a lesson Canada is refusing to learn, despite having provided the textbook example for why safeguards are so critical.

You can read the complete set of posts here.  Let’s send a message to Member States at the United Nations and wherever else folks are tackling surveillance law reform: surveillance law can no longer ignore our human rights. Follow our discussion on twitter with the hashtag: #privacyisaright

2 thoughts on “13 Necessary and Proportionate Principles: The View from Canada”