How far is too far when it comes to obtaining a confession? 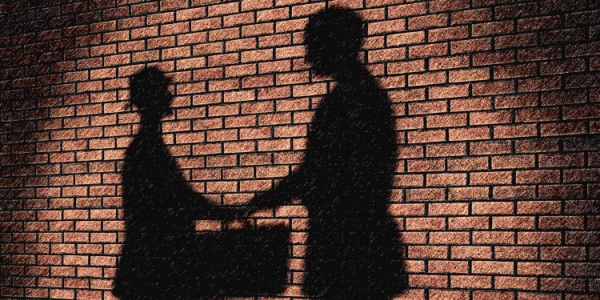 When does an undercover investigation cross the line from being “skillful police work” to coercion and entrapment? Can deceit help get at truth? The Supreme Court of Canada’s decision last week in R. v. NLH grappled with these questions in the context of Mr. Big sting operations.

The Mr. Big sting is a Canadian invention. It’s an undercover investigative technique, typically employed in murder cases that have gone cold, or where there is insufficient evidence to support a charge. In a Mr. Big operation, police create an entirely fabricated criminal organization for the sole purpose of getting the targeted suspect to join the organization. The premise is that as part of the target’s initiation into this fictitious organization, he will confess his past crimes, usually to the undercover officer posing as the crime boss (“Mr. Big”). It is a premise that has been remarkably successful; confessions from Mr. Big operations have secured convictions in hundreds of cases.

Mr. Big operations are elaborate and can be quite lengthy. The target is placed under surveillance so the police can learn more about the target’s personality and habits. Undercover officers, posing as members of a successful criminal organization, befriend the target. They slowly involve the target in staged “illegal” activities. They show the target the benefits of joining the organization – money, protection. In the case before the SCC, the accused was socially isolated and living on welfare when undercover officers first approached him. One officer was assigned to become his “best friend” and to gain his trust. Through the course of the operation, undercover officers took NLH on trips across Canada, treating him to hotels and meals in “some of Canada’s best restaurants”. They paid him $15,720 for his simulated criminal acts, with a promise of more once he was officially admitted into the fictional gang. It was an operation which, in the words of the SCC, “preyed upon [his] poverty and social isolation.”

Undercover officers also demonstrate for the target the consequences of losing the organization’s trust. Sometimes the threat of violence for running afoul of Mr. Big is implicit. Sometimes it’s less subtle, as in the case of R. v. Hathaway, where undercover officers performed a simulated assault on a woman who had supposedly betrayed the criminal organization, going so far as to throw her bloodied body into the trunk of a car. Throughout the operation, various tactics are employed to elicit a confession to the actual offence being investigated. The dénouement typically comes, though, at a meeting between the target and Mr. Big, who presses the target for a confession and details about the past crime. Once the confession is secured, the target is arrested and charged.

Not just any confession

Prior to the SCC’s decision last week, these confessions were routinely admitted into evidence at trial with virtually no testing as to their reliability, on the theory that the accused would have the opportunity to provide testimony as counterweight. At the SCC, the BCCLA and others argued that Mr. Big confessions are unique – they are the product of operations designed to induce confessions, and the context in which they are obtained must be considered in assessing whether they are admissible at trial.

The SCC agreed. It recognized the serious potential for abuse in Mr. Big operations, given the potent combination of inducement and threat present in all Mr. Big scenarios. The Court found that Mr. Big techniques raise “the spectre of unreliable confessions”, and that putting Mr. Big confessions into evidence almost always requires showing the jury that the accused participated in simulated “crimes” and was attempting to join a “criminal organization” – highly prejudicial facts that have nothing to do with the actual offence being tried. Given that unreliable and prejudicial evidence have a long history of leading to wrongful convictions, the SCC established a new common law rule of evidence specific to Mr. Big confessions: under this rule, Mr. Big confessions are presumed to be inadmissible as evidence. In order for a Mr. Big confession to be considered as evidence, the burden is on the Crown to establish that the confession is reliable and not excessively prejudicial to the accused.

Also importantly, the SCC  recognized that Mr. Big operations “create a risk that the police will resort to unacceptable tactics in their pursuits of a confession”, and reminded trial judges that they must “carefully scrutinize” these operations for police misconduct and abuse. It is the role of the lower courts to ensure that the doctrine of abuse of process serves as a meaningful safeguard against police misconduct and unfair tactics. The Court emphasized that it would be an abuse of process if a confession was found to be coerced, and provided an expansive description of what would constitute coercion. It made clear that in the context of Mr. Big operations, coercion can go beyond violence or threats of violence – coercion can also be found in conduct that takes advantage of the accused’s vulnerabilities, such as mental health problems or substance addictions.

The Court was clearly troubled by the facts of this case, and it seems, by the Mr. Big technique in general. Justice Karakatsanis’s description of Mr. Big operations in her concurring reasons illustrates this unease:

These operations, often costly and complex, create elaborate false realities for their targets in which they are valued and rewarded. Threats and inducements are tailored to exploit suspects’ vulnerabilities, and confessing becomes necessary for their new lives to continue. The very structure of Mr. Big operations creates circumstances that (1) compromise the suspects’ autonomy, (2) undermine the reliability of confessions, and (3) raise concerns about abusive state conduct.

Yet, the Court does not go so far as to condemn the practice outright, preferring instead to establish a stronger legal framework for curbing some of the more abusive aspects of the technique. The Court does not tackle the question of whether such techniques are inherently abusive – whether they should have any role in police practice at all. So while the SCC’s decision here is encouraging, it remains to be seen how effective it will be on the ground, and how well trial courts will interpret its teachings. The wait might not be too long – The Globe and Mail  is already reporting that the RCMP intends to keep using Mr. Big techniques, so for better or worse, we’ll likely see the effects of this decision soon.

Previous Post: 25th Anniversary of Arts One at UBC
Next Post: Out of Sight, Out of Mind No More – Prisoners’ Justice Day

3 thoughts on “Taking down Mr. Big”