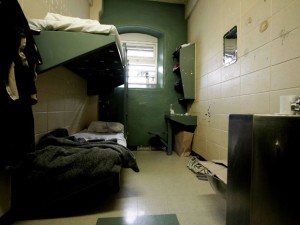 Edward Nalon committed suicide 40 years ago today (August 10) in solitary confinement at a prison in Ontario. Every year since his death, prisoners across Canada have observed Prisoners’ Justice Day, a day to remember not only Mr. Nalon, but all those who have died behind bars in Canadian prisons.

August 10th is a day for all of us to reflect on our penal system. It is a day to ask probing questions about what happens inside our prisons. It is a day to ask who do we imprison and to what end; to ask what effect imprisonment has on individuals and on society; to look critically at what our prisons are, and have become. From double-bunking to cuts to core rehabilitative programming, from increased use of solitary confinement to warehousing of the mentally ill, conditions in Canadian prisons are worsening and the result is all too often the tragic loss of life.

Ashley Smith’s death in custody shocked the public conscience. The coroner’s jury in the inquest into her death ruled it a homicide, because prison guards waited and watched outside her cell as she engaged in self harm. The jury recommended limits on solitary confinement that the government has not yet implemented. Just as one inquest ends, another begins. An inquest will be launched into the death of Kinew James, a First Nations woman who died unexpectedly at the Regional Psychiatric Centre in Saskatoon. Kinew had also spent long periods in solitary confinement. For every Ashley and Kinew, there are many deaths in custody that go unnoticed.

The BC Civil Liberties Association (BCCLA) has long opposed the use of solitary confinement, particularly in respect of mentally ill prisoners. In May last year, the BCCLA settled a lawsuit against the Government of Canada brought on behalf of BobbyLee Worm, a First Nations woman from Saskatchewan who was held in solitary confinement for more than three and a half years while in federal prison. The BCCLA’s lawsuit charged that BobbyLee’s treatment in prison was unlawful and inhumane. The fight continues.

How many deaths, how many recommendations, how much suffering before we end solitary confinement?

On August 10 and every day, the BCCLA stands in solidarity with prisoners across Canada. We call on the Canadian government to end solitary confinement now.