Below is the full version of a letter responding to the commentary in Toronto Life, written by BCCLA Senior Counsel Carmen Cheung and Professor Audrey Macklin of the University of Toronto Faculty of Law, who serves on the Executive Committee of the Canadian Association of Refugee Lawyers (CARL). This letter points out that elimination of jus soli citizenship is a costly response, one that is out of proportion to any actual “problem”. This is a view echoed by the government’s own report, which notes that “eliminating birth on soil … would have significant cost implications”, and that “the potential costs of … enforcing this provision, the potential challenges with children being born stateless in Canada and the uncertainty of their status may outweigh the benefits linked to limiting citizenship by birth on soil.” 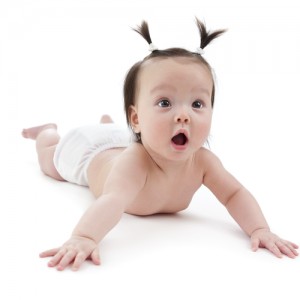 Immigration-restriction rhetoric relies heavily on fear, and those who would argue against jus soli citizenship typically conjure up the spectre of “birth tourism” – pregnant women who come to Canadian hospitals, use Canadian medical resources, and take advantage of Canada’s birthright citizenship to have Canadian babies. After giving birth, mother and child return to the country of origin, taking the child’s Canadian birth certificate home as a kind of citizenship souvenir. According to some, this ‘gaming of the system’ by pregnant women makes us a nation of suckers.

We Don’t Have a ‘Birth Tourism’ Problem

But how serious an issue is birth tourism? While the government does not publish statistics on actual cases of birth tourism, Statistics Canada reports that of the 377,913 live births recorded in Canada for 2011, only 277 of those were by mothers who lived outside of Canada. The numbers were slightly higher in 2010 – 305 babies born to non-resident mothers out of 377,518 live births. That is less than one tenth of one percent of all births in Canada.

A recent article in Toronto Life magazine proposed another metric for measuring birth tourism, by collecting the number of uninsured mothers giving birth in Toronto-area hospitals over a five year period. Based on those numbers, we’re still looking at less than one percent of all live births in the city of Toronto. Using the number of uninsured mothers as a proxy also likely overstates the problem. Provincial health cards are only issued after a minimum period of residency in the province – this is the case whether an individual has arrived from another country as a landed immigrant, or has just moved from British Columbia to Ontario. There are also foreign nationals who are excluded from provincial health care schemes, such as students, temporary foreign workers and diplomats. Particularly vulnerable Canadian citizens – such as the homeless or transient – may also not be able to prove their eligibility for provincial health insurance because of lost documentation. By any measure, the number of babies born to non-resident non-Canadian mothers is negligible.

What of the money that Canada spends on health care, public education, or subsidized university tuition for babies born to birth tourists? These particular benefits of citizenship, however, are only available to individuals who live in Canada. Non-resident parents don’t get to stay in Canada simply because their babies are citizens – when they leave Canada, voluntarily or otherwise, they take their Canadian children with them.

It’s also unclear to what extent these children do eventually return to Canada. The invented story is that those who do return will simply reap all the advantages of citizenship without making any corresponding contribution. There’s no evidence in support of this hypothesis. Advocates for limiting jus soli citizenship heap more speculation upon conjecture by claiming that these children will continue this cycle of freeloading once they reach the age of 18 and are eligible to sponsor the rest of their family for permanent residency, and ultimately, citizenship. But the Canadian government demands that sponsors demonstrate tangible contribution to Canadian society through living and working in Canada, participating in Canadian life, paying Canadian taxes – in short, being a model citizen. And in any event, Canadians cannot sponsor siblings from abroad, and recent changes to immigration law have made it virtually impossible to sponsor parents.

Eliminating citizenship by birth on Canadian soil would be a hysterical response to a handful of cases that, in statistical terms, amount to a rounding error. It is also a costly response, both in terms of government expenditures and what it means for Canadian values.

Eliminating birthright citizenship would impose enormous and perpetual public expense that will be borne by all of us. Currently, a Canadian birth certificate serves as proof of citizenship for birthright citizens, whether for obtaining a passport, or registering as a voter. But if being born in Canada does not automatically confer citizenship, then the provinces and federal government will eventually have to come up with another system for verifying citizenship. A passport proves citizenship, but the government makes us pay for them and about a third of Canadians don’t possess one. Whatever the verification system, it will be staggeringly expensive to develop and maintain. By way of example, a national identification card system – which is itself fraught with privacy and surveillance concerns – has been estimated to cost between $3 billion to $5 billion just to implement. Talk about a sledgehammer to deal with a flea.

Protecting citizenship by birth on Canadian soil makes economic and practical sense. It is also true to our identity as a nation dedicated to freedom and equality. Canada’s First Nations were once denied citizenship unless they surrendered their Indian status. Less than a century ago, Canada had explicitly racist anti-Chinese restrictions on entry, citizenship and the vote. Immigrants have always worried about whether they are recognized as full citizens. But since 1946, every child born in Canada is born equal: a full citizen, no matter what race, ethnicity or ancestry. That is a legacy to be proud of, and we would be suckers to squander it.

Previous Post: Volunteer with us!
Next Post: Police Record Check Update: BC Government’s Disappointing Response to the Urgent Call for Reform