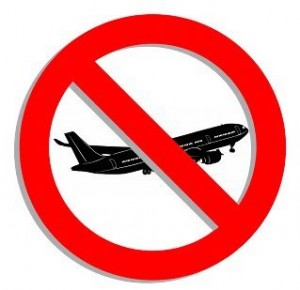 An important victory in an important case south of the border last week – a federal court in Oregon struck down the US government’s redress procedure for challenging inclusion on its No Fly List, finding  the current process to be not only unconstitutional, but “wholly ineffective” as well.

The case – Latif v. Holder – was brought by the American Civil Liberties Union on behalf of 13 Americans who had been blacklisted from flying. It’s a case that’s relevant to those of us north of the 49th as well, since Canadian airlines use the US No Fly List in Canadian airports (more on that in a bit).

The challenge was to the procedural deficiencies in the listing (and delisting) process. The US government’s official policy of refusing to confirm or deny whether anyone is on the list (even after they’ve been prevented from getting on a flight) has meant that no one knows for certain whether they are on the No Fly List. It’s pretty hard to get yourself off a list you don’t even know you’re on in the first place. The redress process isn’t framed as a “delisting”, either – rather, it’s a procedure for individuals to seek redress for “any travel-related screening issues experienced at airports or while crossing United States borders”.

So how did it work? Individuals who experienced travel difficulties consistent with being on the No Fly List – for example, denial or delayed boarding of a flight, continuous referral for secondary screening – can submit a “Traveler Inquiry Form” to the Department of Homeland Security Traveler Redress Inquiry Program (DHS TRIP). The details provided are fairly minimal – name, contact information, and a description of the complaint. The salient information here is the identity of the individual traveler. DHS TRIP checks the identifying information against the federal government’s Terrorist Screening Database (TSDB) to see if there’s a near or exact match. If there is, then the FBI’s Terrorist Screening Center takes a closer look to determine whether (1) the traveler is actually the person listed in the TSDB; and (2) if so, whether the traveler should continue to be in the TSDB.

If it’s a misidentification (for example, the traveler has the same name as someone listed in the TSDB), then the government makes an internal annotation on the traveler’s records so she won’t be flagged in the future. If the traveler is a match to someone on the TSDB and the government sees no reason to change the listing, then sometimes, the traveler receives a letter stating that she can pursue an administrative appeal or a judicial review of the letter. This letter, however, contains little information beyond the fact that DHS TRIP has completed its review. It neither confirms nor denies that the traveler is in the TSDB or on the No Fly List. It doesn’t provide any assurance that the traveler can fly in the future.

Thus, the appeal is undertaken with the thinnest of records – a letter from DHS TRIP saying that it has completed its review of the complaint, and the original complaint itself. Once the appeal is underway, the government provides the court with the record of the DHS TRIP review. The traveler doesn’t get access to this. The traveler is provided with no information as to what is in the DHS TRIP review record. There might be a note indicating that she is not on the No Fly List. There might be intelligence information justifying why the traveler should remain on the No Fly List. But the traveler is never informed about any of this. And at this point, she still has no idea whether she’s even on the No Fly List.

Where is the due process, you may ask? How is anyone expected to prove that they’re not a national security threat if they don’t even know why the government thinks they’re dangerous? These were the same questions vexing the US federal court hearing the case. The court found that this lack of information, combined with the “low evidentiary threshold” for listing in the TSDB, creates a “high risk of erroneous deprivation” of constitutional rights. Quoting from an earlier decision from the 9th Circuit Court of Appeals on blacklisting suspected terrorist entities, the court in Latif observed: “Without knowledge of a charge, even simple factual errors may go uncorrected despite potentially easy, ready, and persuasive explanations.”

The court in Latif struck down the entire redress regime as unconstitutional, and required the government to fashion a new process that “satisfies the constitutional requirements for due process.” It noted that at minimum, due process would require that individuals be informed whether they are on the No Fly List and the reasons for placement on the list. To the extent that the reasons or the information supporting the listing may be classified, then security-cleared counsel can be appointed to assist. It’s a significant victory for the ACLU and the estimated 20,000 people on the No Fly List – individuals whom, as the ACLU puts it, “the government deems too dangerous to fly but too harmless to arrest.”

It’s a victory for Canadians, too, given that many flights out of Canadian airports are also governed by the US No Fly List through the Secure Flight Program. Under this program, carriers operating out of Canadian airports send passenger information to the US Transportation Security Administration (TSA) for a check against the No Fly List. This takes place for all flights to, from or via the United States, as well as flights flying over the continental United States. Thus, travelers with a match to the No Fly List are grounded here in Canada as well.

We are subjected to multiple no-fly regimes in Canada. In addition to the US No Fly List, Canada also maintains its own list – the Passenger Protect Program. Canadian law also enforces the United Nation’s 1267 regime, a terrorist blacklist which provides for a travel ban. While the US No Fly List may be on the extreme end of the secrecy spectrum when it comes to national security blacklists, secrecy and paper-thin due process protections are the norm when it comes to listing regimes. Canada’s system is no exception, as the BCCLA observed back in 2010 in this submission to Parliament. And readers of these pages will be familiar with our ongoing concerns about the use of the 1267 regime here in Canada.

Latif is a victory, to be sure, but there are still more battles ahead. The use of secret evidence and ex parte hearings remains commonplace whenever national security concerns are invoked, and the ruling in Latif made clear that it could not “foreclose the possibility that in some cases … disclosures may be limited or withheld altogether because any such disclosure would create an undue risk to national security.” In the Canadian context, the recent addition of the International Relief Fund for the Afflicted and Needy to Canada’s list of “terrorist entities” reminds us that the use of blacklists is still robust. So as ever, there is more work to be done, but wins like Latif provide good opportunities for us to say: onwards, and upwards.

Previous Post: One Year Later: Global Analysis of the Snowden Revelations
Next Post: Update: Equal Citizenship for All Canadians

2 thoughts on “Ready for takeoff?”