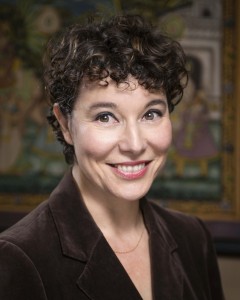 As the old gag starts out, “Well, I got good news and I’ve got bad news”.  The good news is that lots and lots has happened as a result of the Snowden revelations.  The bad news is that, as of yet, very little of that activity has managed to bring about meaningful reform.

Now, one year after Edward Snowden first revealed the extent of the secret national security surveillance network, it is critical that we assess how successful we have been in our response.  This is a fight the global community must not lose, and only by taking stock can we know where to go to next.

Simon Davies, one of the most influential privacy advocates in the world and founder of Privacy International, has taken on this job.  He has spearheaded the compilation of 20 country and sector reports analysing responses to the revelations from around the globe.  If you’re eager to see Canada’s report card, skip to page 22, where correspondents Tamir Israel, Chris Parsons and myself give our summary.

Civil Society Has Risen To the Task

In Canada, and elsewhere, what’s indisputable is that the Snowden revelations have put the activities of national security agencies and the value of privacy in the global spotlight like never before.

And there is no question that civil society has been empowered by this.  The catalogue of civil society efforts is marvelous.  From the 10,000 – 15,000 people on the streets of Berlin for the ‘Freedom Not Fear’ demonstration to the Mexican activist organizations taking on Mexican servers that they allege are hosting ‘FinFisher’ spyware  (surveillance software) – the energy, stamina and courage of activists and citizens is inspiring.

Governments Are Not Performing As Well…

But governments are not responding.  Much.  For example, we have seen some preliminary, but important, action by the European Parliament, like the review of the notoriously flawed Safe Harbor Agreement  (a data sharing agreement between the US and the European Union).   However, governmental inaction, denial and evasion are the habitual themes documented in the report.

Interestingly, litigation appears frequently as the best hope for the next stage of battle, see: the coalitions of groups bringing challenges up through the UK Investigatory Powers Tribunal and the European Court of Human Rights; the no less than six legal actions pending in the U.S.; and the BCCLA’s own historic constitutional challenge to CSEC.

Wonks and Geeks: Let’s Get Together

As to some of the areas where we need to focus now, the report  highlights that while there has been a “promising start” on accountability and transparency from the corporate and industry partners in global surveillance, we’ve got a long way to go on this front.  And we have a crucial relationship to forge between civil society and the tech community to get the realms of policy reform and technical privacy solutions working together.  The wonks and the geeks:  we share a dance every once n’ awhile, but we’ve got to start goin’ steady.

The report is here.  It is a very important resource.  The battle to harness national security surveillance is going to be a long game and the stakes are beyond imagining.  At many stages along the way we are going to need to pause, survey the landscape, re-group and re-fine the strategy.

Our thanks to Simon Davies for this urgently needed report.  We are honoured to be a part of it.

3 thoughts on “One Year Later: Global Analysis of the Snowden Revelations”