Today is the International Day Against Homophobia and Transphobia. On this important day, the BCCLA is writing to the Senate of Canada to ask for the senators’ support of Bill C-279, the “Gender Identity Bill.” The BCCLA is also asking the Hon. John Baird, Minister of Foreign Affairs to increase Canada’s vigilance on the issue of discrimination against LGBTQ+ people worldwide. 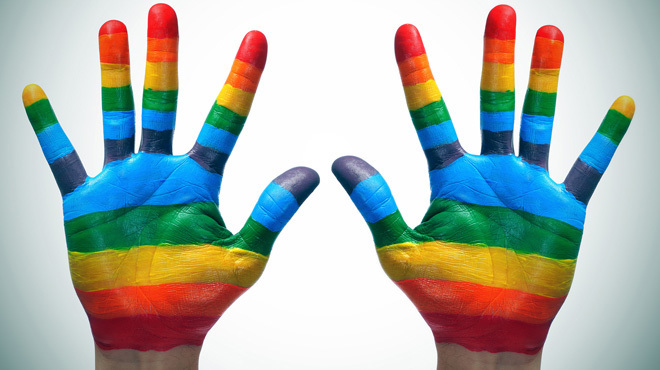 The BCCLA has long fought against discrimination on the basis of sexual orientation. It is the BCCLA’s deeply held conviction that queer rights are human rights. The increase in anti-LGBTQ+ rhetoric and laws propagated and implemented by governments in other countries is undermining the basic guarantees of human dignity and fundamental freedoms that all states are bound to observe under international law.

The BCCLA is writing to ask The Senate of Canada to support and pass Bill C-279, the “Gender Identity Bill” without delay or amendment. Individuals who identify as part of the trans/transsexual/transgender/intersex/two-spirit/gender variant (“trans*”) community in Canada suffer from various forms of discrimination and violence. Trans* people are among the most disadvantaged and vulnerable minority groups in Canadian society, and suffer a wide range of discrimination. The BCCLA is asking Parliament to formally recognize the equality and dignity of trans* people in this country. This bill enshrines that equality in law.

Countries such as Russia, Uganda, Jamaica, and Nigeria have enacted laws that criminalize homosexuality,  and some countries have outlawed “pro-gay” behaviours that, in effect, make any public activism on behalf of the LGBTQ+ community illegal. In Uganda, a practicing LGBTQ+ person cannot own a home without being considered to illegally own a brothel, punishable by seven years in prison. The very status of being a homosexual is punishable by up to seven years imprisonment.

These laws mean that some people’s very identities and existences are criminalized. The issue is quite literally a matter of life or death; consensual sex between same-sexed adults remains punishable by death in some countries, and LGBTQ+ people are disproportionately the victims of hate crimes and ongoing violence throughout the world.

States must not be able to persecute sexual minorities, or any other group

Canada’s continued vigilance on behalf of LGBTQ+ people, communities & human rights defenders is paramount. On May 17, 2014 the BCCLA has written to the Minister of Foreign Affairs, Hon. John Baird to ask that Canada take a strong stance against state promotion of hatred, and the enshrinement of hatred in law. The Government of Canada needs to act with a strong, determined voice to defend the rights of LGBTQ+ people worldwide.  The BCCLA asks the Government of Canada to make it an explicit priority to work both individually and collectively with like-minded states towards the goal of ending this legally codified violence and discrimination. The BCCLA calls on Canada to do its utmost to provide protection to refugee claimants who flee their countries of origin as a result of persecution on the basis of sexual identity. Civil society organizations that are working on the ground to challenge such discrimination and serving LGBTQ+ populations also needs the continued support of the Government of Canada.

Equality is a continual fight

By defending the fundamental human rights of LGBTQ+ both abroad and at home, we help ensure that LGBTQ+ people are not persecuted on the basis of sexuality and that LGBTQ+ organizations are free to spread their anti-homophobia messages without fear of reprisals. We are also proud to advance and defend the rights of vulnerable minority groups in Canadian society by asking that Bill C-279: An Act to Amend the Canadian Human Rights Act and the Criminal Code (Gender Identity) be passed quickly and without amendment so it gives the formal recognition due to the trans people.

Finally, we applaud the work of the Vancouver Parks Board for passingnearly 80 recommendations last month designed to make facilities more inclusive of transgender and gender-variant people. Nothing like an ‘All Bodies Swim’ to do the heart some good! Similarly, we wish the Vancouver School Board courage as they consider revisions to their policy on Sexual Orientation and Gender Identities. Trans* youth showed up to ask that their school board better protect and accommodate their needs. We hope that these brave voices will succeed in securing more inclusive schools for themselves and for so many others who deserve this policy change. Congratulations to all those who are advocating to make Vancouver a more inclusive community for all bodies.

On this day, the International Day Against Homophobia and Transphobia, we ask that you celebrate with us as we continue to fight the oppression of LGBTQ+ identity and help ensure that equality and freedom goes out to any individual and organization that supports queer and gender variant identities.  Happy International Day Against Homophobia and Transphobia!

Christine Zhou is a volunteer with the BC Civil Liberties Association, and we thank her for writing this awesome post!

Previous Post: Secrets, fair play, and fighting blindfolded with one hand tied behind your back
Next Post: Canadian assisted suicide advocates hope for clear ruling