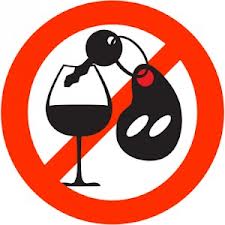 However, as with all law-making, we need to be careful to strike the appropriate balance between the clear need to promote safety on the roads, and the legal requirement to respect people’s constitutional rights. In our view, the laws penalizing impaired driving cannot come at the cost of losing our constitutional right to be presumed innocent until proven guilty.

The BCCLA was an intervener in a case called Chisholm et al. v. Superintendent of Motor Vehicles. This case was brought by a number of people, who were challenging B.C.’s drinking and driving law. That law allows vehicles to be impounded from, and driving prohibitions to be imposed on, people who are suspected of driving while impaired by alcohol. This law is commonly referred to as either the Automatic Roadside Prohibition (“ARP”) or the Immediate Roadside Prohibition (“IRP”). Interveners are given permission by the court to provide their views on the law. The BCCLA was involved in this case to make sure that the rights of BC residents under the Canadian Charter of Rights and Freedoms are respected.

In the BCCLA’s view, the impact of the law has true penal consequences for drivers and effectively creates a new provincial “crime” of drinking and driving. It does so without any of the protections that apply in the criminal law and that are guaranteed by the Charter, such as the presumption of innocence. On the contrary, the ARP presumes guilt. The only physical evidence is the roadside screening device, which is not nearly as reliable as a breathalyzer[1]. The evidence from a roadside test is not reliable enough for a conviction under the Criminal Code. Yet, it is the only evidence used in the ARP. The roadside screening device is not calibrated each time it is used. We understand that is calibrated every 28 days. There is a real risk that the result could be wrong. Moreover, there is only a limited ability under the law to challenge that evidence.

Strict sanctions apply even when someone does not or cannot provide a breath sample at roadside. In those cases, there is no evidence at all about blood alcohol level. There are many reasons why someone may not want to or may not be able to provide a breath sample. They may be scared or confused about their rights, they may be embarrassed to be pulled over by the police, they may not understand that they are not required to have a lawyer present before they blow, they may be infirm or have a medical condition that makes it difficult to blow.

The penalties are severe. The BCCLA has no objection to penalties for drinking and driving in general – but remember that these particular penalties are imposed without a conviction and without the normal fair procedures that accompany criminal penalties. Penalties include: 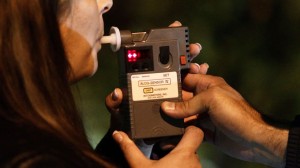 The government itself estimates that the total cost of blowing a “fail” (> 0.08 blood alcohol level) is $4,060. That price tag does not include the impact this law has on people who need to use their vehicles to earn a living.

The BCCLA is aware of BC residents who have lost their jobs because of the ARP law. We are also aware of innocent people for whom the loss of their vehicle has resulted in undue hardship, such as people who share a vehicle with a family member. The BCCLA has also heard about incentive programs for law enforcement officers to “catch” as many people as they can, resulting in officers targeting bars and restaurants. Countless other people have suffered from the stigma associated with having to use the ignition interlock device in their vehicles. By the time people can challenge the decision, the damage is already done.

It cannot be said enough: The BCCLA is opposed to drinking and driving and we think that law enforcement plays an important role in dealing with this problem that tragically cuts short lives and causes hardship and injury to many people. However, we think law enforcement should use the tools already at their disposal to combat the problem of impaired driving. Those tools include, in appropriate circumstances, criminal prosecution. We do not think that the government should be allowed to dress up a criminal offence in regulatory clothing and deny BC residents their constitutional right to due process for what is effectively being treated as a crime.

In 2011, Mr. Justice Sigurdson of the BC Supreme Court found that the ARP was unconstitutional only for people who blow a fail on the roadside device. Justice Sigurdson said that the law violated the Charter because there was no way for drivers to properly challenge the roadside breath test. In response, the government changed the law in 2012 by requiring police officers to tell drivers that they can ask for a second test on a different roadside machine and that they can review the test through the Office of the Superintendent of Motor Vehicles. These changes still do not address the presumption of guilt underlying the law. The case was appealed to the BC Court of Appeal.

On March 3, 2014, the BC Court of Appeal released its judgment in this case. The Court upheld Justice Sigurdson’s decision. The Court of Appeal agreed with Justice Sigurdson that the law is within the jurisdiction of the province to create. The Court of Appeal also agreed that the law does not create an “offence” and therefore certain rights under the Charter, such as the right to be presumed innocent until proven guilty, do not apply. The Court also agreed with the earlier decision that the original law (from 2010) violated the right to be free from unreasonable search and seizure only for people who blow a “fail”.

The case was further appealed to the Supreme Court of Canada, which released its decision on October 16, 2015. A majority of the SCC completely agreed with the BC Court of Appeal, ruling that the law does not create an “offence” triggering the right to be presumed innocent until proven guilty under the Charter, and that the law violates the right to be free from unreasonable search and seizure only for people who blow a “fail”. You can read the entire decision here; note that the names of the parties have changed over time, and the SCC’s decision is indexed as Goodwin v. British Columbia (Superintendent of Motor Vehicles).

So what does this mean for BC residents?

The Supreme Court of Canada has said that the province’s strict drinking and driving laws are not criminal law. That means the provincial ARP regime will continue to exist alongside the criminal offence of impaired driving. You do not have the right to counsel at the roadside. Officers must apply the automatic penalties if you blow a “warn”, a “fail” or if you refuse to blow. Under the amended law, you are entitled to ask for a second test. The police officer must provide a sworn report to the Superintendent for every ARP they issue. They also have to submit documents showing the accuracy of the RSD they used.

You have the right to apply to the Superintendent of Motor Vehicles for a review, but you must apply within 7 days of when the police gave you notice of the prohibition. You should apply for a review if any of the following has happened to you.

It will be up to the people who brought this court case to decide if they will continue to challenge the law. The BCCLA will be watching to see how this law continues to affect people in our province. We are concerned about the province’s ability to make laws that look, smell and feel like criminal laws, but are said to be “regulatory” or “administrative”.