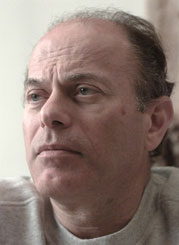 Dr. Gary Romalis, who began providing abortions in 1972 – long before the Morgentaler decision of 1988, died on Feb. 2nd of an illness. He survived two attempts on his life by anti-abortion extremists – one by gunshot and one by stabbing. He donned a bullet-proof vest and continued to perform abortions while publicly advocating for pro-choice legal reform.

A sample of his advocacy and testimony can be found in this 2008 speech at the University of Toronto on the 20th anniversary of the 1988 Morgentaler decision of the Supreme Court:

A brief summary of the perilous situation facing women needing an abortion that led up to Dr. Romalis’ decision to become an abortion provider:

Prior to the partial liberalization of access to abortion (and contraception, which was also subject to criminal sanction) in the omnibus bill of 1968 pushed through by the (then) young Minister of Justice, Pierre Trudeau, the only recourse for a woman seeking an abortion was to go abroad (impossibly expensive for almost everyone) or seek out a Canadian doctor offering illegal abortions (impossibly expensive for most – the going rate in the 60’s was about $300, which is nearly $3000 in today’s currency), or a procedure provided by a rogue veterinarian or similar on a kitchen table.

These unsafe abortions often produced disastrous consequences. As Dr. Romalis recalled from his 1962 internship in Chicago:

The first month of my internship was spent on Ward 41, the septic obstetrics ward. Yes, it’s hard to believe now, but in those days, they had one ward dedicated exclusively to septic complications of pregnancy.

About 90% of the patients were there with complications of septic abortion. The ward had about 40 beds, in addition to extra beds which lined the halls. Each day we admitted between 10-30 septic abortion patients. We had about one death a month, usually from septic shock associated with hemorrhage.

I will never forget the 17-year-old girl lying on a stretcher with 6 feet of small bowel protruding from her vagina. She survived.

Others, of course, were not so “lucky”. Some died. Others survived, only to be rendered infertile by complications from botched procedures.

The Trudeau reforms of 1968 were important, but did not go far enough. They placed the exception from criminal prosecution for “procuring a miscarriage” in the hands of “therapeutic abortion committees” in hospitals, committees that were not always concerned with the reproductive freedom of women.

That is why physicians such as Gary Romalis and Henry Morgentaler were so very important. They provided real world (i.e. affordable to women) access to safe abortions in a period when they were not, as a practical matter, reliably available.

Further, in the great civil disobedience tradition of Thoreau and Gandhi, their peaceful persistence was a political fact that was an invaluable element of the movement for reform.

Near the end of Dr. Romalis’ speech referenced above, he said:

After an abortion operation, patients frequently say “Thank You Doctor.” But abortion is the only operation I know of where they also sometimes say “Thank you for what you do.”

The BCCLA takes this occasion to join those voices in giving thanks for the life and work of Dr. Gary Romalis.

Thank You Doctor for what you did.

Previous Post: If It Ain’t Broke… Voter ID Rules Undemocratic and Unnecessary
Next Post: The Day The World Fought Back

One thought on “IN MEMORIAM – Dr. Gary Romalis”