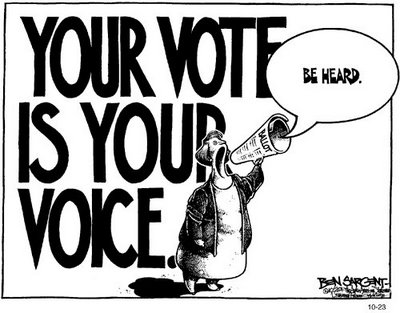 As the old adage goes, if it ain’t broke, don’t fix it. But that’s exactly what the government decided to do back in 2007 when amendments to voting laws came into force requiring all voters to provide proof of their identity and residence before casting a ballot in a federal election.

On the face of it the new requirements – one piece of government photo ID or two pieces of government approved ID with name and address – may sound reasonable. The government presumably brought these changes in to prevent voter fraud. And surely, asking people to provide proof of their identity and residence would curb voter fraud, wouldn’t it?

But wait, what voter fraud? This “fix” was entirely unnecessary. There was no confirmed evidence of even sporadic – let alone wide-scale – voter fraud to justify limits on the fundamental right to vote. Moreover, these amendments could address only one very specific form of fraud – voter impersonation – pretending to be someone you are not. Canada’s Chief Electoral Officer told Parliament[1] when the issue was being debated back in 2006 that he had “no evidence” that would lead him to believe there has been “any fraud” in Canada.

You may still think that the voter ID rules can’t hurt. Think again.

If you don’t drive, you probably don’t have photo ID that qualifies. Your passport doesn’t qualify because you have to write in your own address. Have you moved recently? Do you have two pieces of approved ID[2] (from a list created by the Chief Electoral Officer) with your current address? The types of approved IDs –documents such as utility bills, employee cards, health cards, vehicle insurance, pension plan statements, leases, mortgage statements, and insurance policies – are out of reach for far too many Canadians.

Marginalized citizens – those most vulnerable due to homelessness, challenges associated with mental health concerns or addictions, those differently abled, elderly and infirm, residing in rural areas, or members of Indigenous communities – may not be able to get or keep the required ID. Yet, these are people who have few options for democratic participation, apart from the cherished right to vote. Prior to the new ID rules, hundreds of citizens in the Downtown Eastside of Vancouver were able to swear statutory declarations establishing their eligibility to vote. This declaration functioned as a primary piece of ID to satisfy election officials. The demand for this type of program was growing, not shrinking. But the new voter ID rules get rid of this solution, and in so doing effectively disenfranchise some of the most voiceless in our society.

The ‘oath’ system doesn’t cut it.

Supporters of voter ID rules counter by saying that people without IDs can swear an oath if they are vouched for. That’s true, but this is not a real solution because the person doing the vouching must reside in the same small polling division, must have the requisite ID and can only vouch for one other person in an election. Finding someone who meets those requirements and hasn’t already vouched for someone else means this “solution” is rarely used.

In 2009, the new voter ID rules were challenged in court by three citizens from BC – Rose Henry, Clyde Wright and Helen Eddleston – as violating the right to vote enshrined in section 3 of the Canadian Charter of Rights and Freedoms. In the Henry case, the BC Supreme Court found that, while the new rules do violate the Charter right to vote, they are nevertheless justifiable. The case was appealed to the BC Court of Appeal.

On January 28, 2014, the BC Court of Appeal released its judgment upholding the decision of the BC Supreme Court. The Court of Appeal found that the trial judge did not make a mistake by concluding that there is no alternative, less drastic means for the government to achieve its goal (accepted as enhancing the integrity of the vote) and that the positive effects of the new ID rules outweigh the negative effects.

It is a sad day for democracy when instead of viewing the integrity of our electoral system as threatened by the very real problems of voter apathy and low turnout on Election Day, the government opts to remedy a fictional problem about voter fraud under the guise of enhancing integrity. Requiring voter ID without effective safeguards for those without ID is regressive and undemocratic. It reverses a historical trend toward expanding the right to vote. It silences those most marginalized and vulnerable in our society. And that’s the real threat to the integrity of our democratic system.