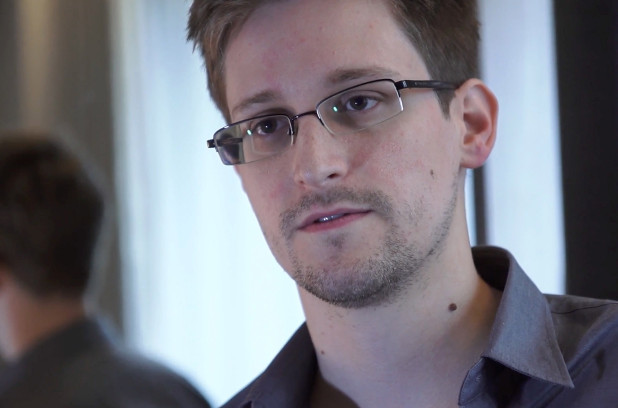 In this handout photo provided by The Guardian, Edward Snowden speaks during an interview in Hong Kong.

CSEC is an ally of the U.S. National Security Agency and counterparts from United Kingdom, Australia and New Zealand. Together, they are the so-called “five eyes” spying alliance. Documents leaked by Edward Snowden indicate CSEC and NSA have worked closely. BCCLA’s lawsuit alleges CSEC has breached Canadians’ rights to freedom of expression and protection from unreasonable search or seizure.

“What we see here is essentially an iceberg,” said BCCLA counsel Caily DiPuma. “We’re dealing with shocking revelations about government spying around the world revolving in a global debate about when and how governments should be spying, whether it’s ever appropriate for a Canadian government agency to be spying on its own citizens.”

The electronic spy agency is building a $1.2 billion, high-tech headquarters in Ottawa, next to the Canadian Security Intelligence Service. Project head Bud Mercer retired from the RCMP after working as the officer in charge of the $900 million, Vancouver 2010 Winter Olympics security squad.

DiPuma said that the secrecy surrounding CSEC and the lack of oversight means Canadians must question their political leaders.

“I would encourage people to be informed about these issues, ask questions and have real conversations with their friends and family about why they’re concerned about spying, the way they perceive their rights and liberties around freedom of expression and really why these issues matter to them,” diPuma said. “That’s an important conversation that I hope everyone is having around their dinner tables this holiday season.”

Simon Fraser University School of Communication Prof. Richard Smith said 2013’s revelations about government spying “make you wonder whether you have a democracy or not.” The threat to civil liberties posed by government surveillance is greater than the threat of terrorism, he said.

“You’ve got the kind of activity that would seem to be appropriate in a dictatorship or authoritarian regime, which needs that kind of control to keep itself in power,” Smith said.

Office of the Information and Privacy Commissioner for British Columbia

Citizens have the right under federal and provincial laws to access information collected about them and to ensure that it is correct.

Previous Post: Every breath you take, every move you make: Everyday surveillance in Vancouver
Next Post: Babies born in jail belong with moms, B.C. court says