The B.C. Civil Liberties Association is reacting with consternation to the two-year probationary sentence given to Const. David Pompeo for aggravated assault in the 2009 shooting of Bill Gillespie near Chemainus. 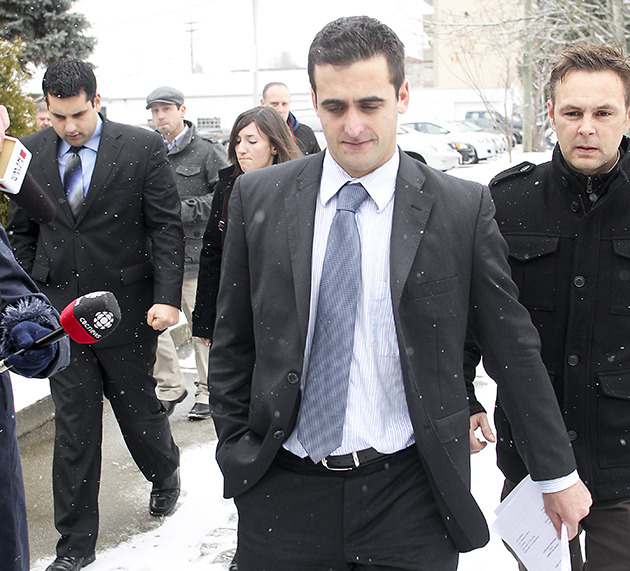 Const. David Pompeo wept in a Duncan courtroom after hearing the results of his sentencing.
— image credit: Andrew Leongus.

“We have grave concerns about a public perception that police officers will be treated differently than non-police officers in the sentencing process,” executive director Josh Paterson said in a statement on the association’s website. “This seems to suggest to the public that there is a double standard when it comes to police officers committing crimes, and a dangerous one at that.

“We expect that this officer will be subject to serious discipline by the RCMP. It needs to be crystal clear that police officers cannot criminally shoot unarmed people. Public confidence in the police depends on a clear message being sent that such crimes, and the officers who commit them, have no place protecting the public.”

Pompeo has not been subjected to any discipline by the RCMP. He remained on the payroll, working a desk job in Nanaimo, throughout court proceedings following his conviction on Valentine’s Day of this year.

In his decision, Judge Josiah Wood made an exemption that allowed Pompeo to retain his firearm.

Pompeo is required to complete 240 hours of community service work in the first 18 months of his probation.

Previous Post: Vancouver parking cops may get high-tech licence plate readers
Next Post: The undead: The Harper regime’s online spying law is back.