The BCCLA appeared before the Supreme Court of Canada on prison issues twice in October, re-asserting that for prisoners, “‘The rule of law is absent, although rules are everywhere'”.  With reference to official reports, inquiries, and case law, the BCCLA’s counsel brought to light a picture of prison as a frontier-land, where prisoners’ constitutionally guaranteed rights exist in theory but are disregarded in practice. 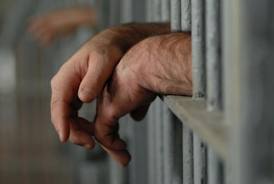 In Diane Knopf, Warden of Mission Institution, et al. v. Gurkirpal Singh Khela, the BCCLA asserts that prison administrators’ unchecked power to deprive prisoners of their “residual liberty,” for example by ordering solitary confinement, has enabled human rights abuses. The BCCLA contends that the law provides the SCC with the moral authority and tools to remedy this injustice by outlining a process for meaningful judicial review of habeas corpus applications from prisoners.

Unconstitutional laws also define the landscape of prison and disavow prisoners’ position as part of the human community. In R. v. Whaling et al., the BCCLA demonstrates that the application of the “Abolition of Early Parole Act” to people who are already serving their sentences violates prisoners’ rights under s.11(h) of the Charter of Rights and Freedoms. In making these arguments, the BCCLA reminds us of the central importance of protecting people from being tried or punished again for the same crime: a legal right that was entrenched “both to ensure certainty and fairness, and to protect the most vulnerable and vilified citizens against the arbitrary exercise of governmental power.”

More on our work for prisoners’ rights

Previous Post: Op-Ed: Suing for secret spying
Next Post: No problem with spying according to Foreign Affairs Minister