First We Dance; Then We Gear Up for Battle with the Zombies…

Here at the BCCLA, we were out dancing in the streets and sharing virtual hi-fives with our many and excellent collaborators, celebrating the “death” of Bill C-30.  If you missed it:  C-30 was the government’s proposal to significantly expand the surveillance powers of police and intelligence agencies.  For example, the bill would have required telecommunications service providers give police and intelligence agencies certain kinds of information about their customers without a warrant and require telecommunications service providers to in-build surveillance architecture into their systems.  Saying that it had ‘heard’ the Canadian people (apparently recent polling showed support for the bill at a meagre 23%) the government officially announced that it would not be pursuing C-30. 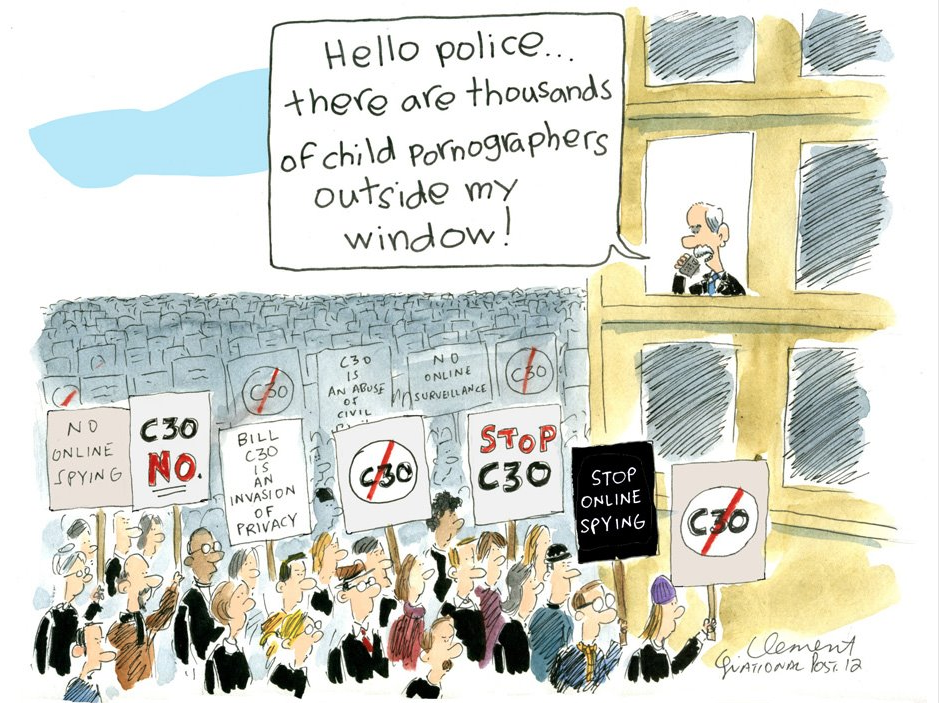 The coalition of folks that had pushed back hard against this bill has won a real and genuine victory in bringing this issue forward, by pro-actively educating the public and encouraging people to voice their concerns.  For the engagement of citizens young and old, from across the country and across the political spectrum, we are deeply grateful.  Look what we did together!

[If you had not done so previously, please insert here your own jig of joy/un-corking of champagne, etc.]

Now back to vigilance…

So, that’s the good news.   The bad news (yes, sorry about this) is that this battle is not anywhere near over.  Ironically, having won such a wonderful democratic victory, we are almost assuredly going to see the arena for such changes now slink out of the public forum and into the realm of the shadows.

Two things to watch for in particular: first, that components of Bill C-30 will be chopped up into little pieces and stowed away in other several other pieces of legislation (a process which, in Vince Gogolek’s felicitous phrase, might be termed “a reverse omnibus”).  The second means by which the bill will suddenly get “un-dead” was recently highlighted in this blog post by Christopher Parsons  in which he warns that much of what C-30 proposed is already quietly working its way into new Industry Canada licensing requirements.  Here’s his summary:

So, the takeaway from this post is that Industry Canada’s proposed modifications significantly expand the volume and types of communications that ISPs must be able to intercept and preserve. Further, the Department is considering expanding interception requirements across all wireless spectrum holders; it needn’t just affect the LTE spectrum. We also know that Public Safety is modifying how ISPs have to preserve information related to geolocational, communications content, or transmission data. Together, these Departments’ actions are expanding government surveillance capacities in the absence of the lawful access legislation.

This then would be the shell game ploy, or doing through the back door what you can’t do through the front door.  It’s a way of insulating critical debates about our rights from the Canadian public.

Don’t doubt that we have much more work to do and that the terrain is going get more difficult and elusive.  The Zombies of Bill C-30 are upon us already.   But take heart from what a fantastic job we’ve done of working together so far.  And know that we are rolling up our sleeves for the next round.

In 2012 we issued a report entitled “Moving Towards a Surveillance Society” which considered the dangers of the Lawful Access legislation.  Click here to read our report on the lawful access legislation.