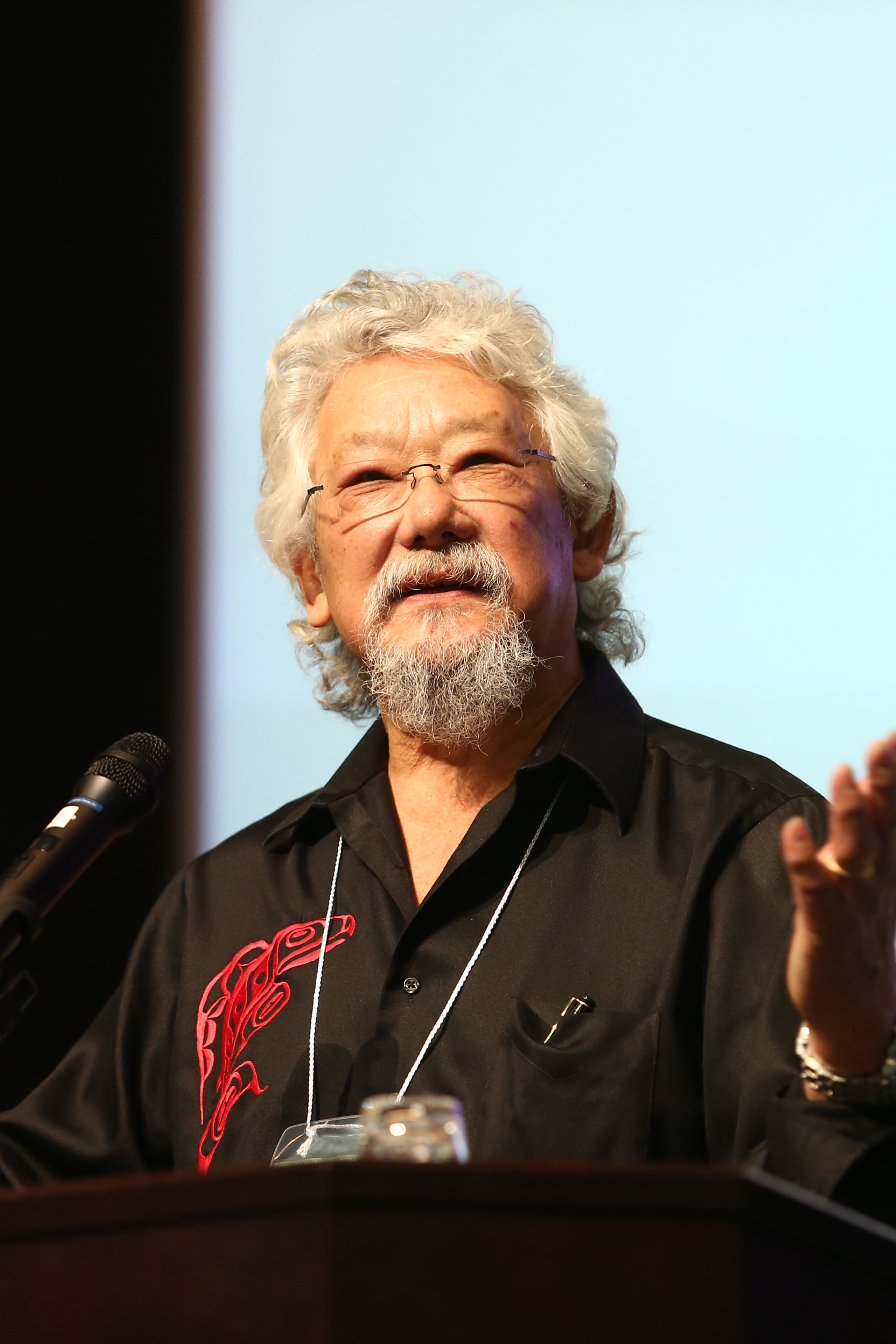 Dr. David Suzuki is a scientist, broadcaster, author, and co-founder of the David Suzuki Foundation. He is Companion to the Order of Canada and a recipient of UNESCO’s Kalinga Prize for science, the United Nations Environment Program medal, the 2009 Right Livelihood Award, and Global 500.

Dr. Suzuki is Professor Emeritus at the University of British Columbia in Vancouver and holds 28 honorary degrees from universities around the world. He is familiar to television audiences as host of the multi-award winning long-running CBC science and natural history television series The Nature of Things, and to radio audiences as the original host of CBC Radio’s Quirks and Quarks, as well as the acclaimed series It’s a Matter of Survival and From Naked Ape to Superspecies.

In 1990 he co-founded The David Suzuki Foundation. His written work includes more than 54 books, 19 of them for children. Dr. Suzuki lives with his wife, Dr. Tara Cullis, and family in Vancouver, B.C.

Dr. Suzuki will speak on the interdependence of civil liberties and environmental justice work, discussing the pivotal juncture that Canadians find themselves at in terms of protecting the fundamental democratic rights that make social and environmental advocacy possible.