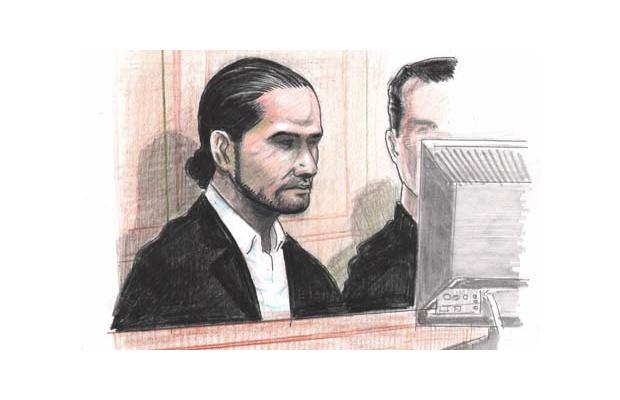 Today, the Supreme Court of Canada delivered its decisions in R. v. Khawaja, United States v. Nadarajah, and United States v. Sriskandarajah. These companion cases deal with the constitutionality of the definition of “terrorist activity” and its operation throughout the terrorism provisions of the Criminal Code.

In these cases, Messrs. Khawaja, Nadarajah and Sriskandarajah all argued that the broad range of conduct captured by the definition of “terrorist activity” in s. 83.01 of the Criminal Code unjustifiably infringes freedom of expression as protected by s. 2 of the Charter. Furthermore, Messrs. Nadarajah and Sriskandarajah argued that the broad reach of the definition of “terrorist activity” rendered s. 83.18 (which creates the offence of contribution/participation in terrorist activity) unconstitutionally overbroad, in violation of s. 7 of the Charter.

The BCCLA was an intervener in these cases, represented by Professor Kent Roach of the University of Toronto and Robert Centa and Michael Fenrick of Paliare, Roland, Rosenberg, Rothstein. The BCCLA argued that the challenged provisions violate freedom of expression because they prohibit expressive political and religious activity that does not involve violence or the threat of violence, and criminalizes an overly-broad range of expressive conduct.

The Supreme Court of Canada upheld the challenged provisions, setting out its reasons in R. v. Khawaja, 2012 SCC 70. In doing so, however, the Court did provide some guidance with respect to the scope of s. 83.01 and what sort of conduct can properly be considered as contributing to or participating in terrorist activity.

On its face, the scope of activities captured by s. 83.01 are quite broad:

(1)    Everyone who knowingly participates in or contributes to, directly or indirectly, any activity of a terrorist group for the purpose of enhancing the ability of any terrorist group to facilitate or carry out a terrorist activity is guilty of an indictable offence and liable to imprisonment for a term not exceeding ten years.

However, the broad actus reus of s. 83.01 is tempered by the strict mens rea requirement :

2012 SCC 70 at paras. 45 to 46. This was effectively the reasoning articulated by the Ontario Court of Appeal in upholding s. 83.18 against the charge of overbreadth. The Supreme Court, however, went on to clarify that s. 83.18 “does not capture conduct that discloses, at most, a negligible risk of enhancing the abilities of a terrorist group to facilitate or carry out a terrorist activity.” Id. at para. 50 (emphasis added).

It thus considered the example of a person “who marches in a non-violent rally held by the charitable arm of a terrorist group, with the specific intention of lending credibility to the group and thereby enhancing the group’s ability to carry out terrorist activities.” According to the appellants, this person could be convicted for participating in terrorism, based on a plain reading of s. 83.18. The Court disagreed, finding that “although s. 83.18(1) of the Criminal Code punishes an individual who ‘participates in or contributes to . . . any activity of a terrorist group,’ the context makes clear that Parliament did not intend for the provision to capture conduct that creates no risk or a negligible risk of harm. Indeed, the offence carries with it a sentence of up to ten years of imprisonment and significant stigma. This provision is meant to criminalize conduct that presents a real risk for Canadian society.” Id. at paras. 49 to 50.

The Court also attempted to limit the definition of terrorist activity to violence or threats of violence, and read the most problematic of the challenged provisions (s. 83.01(1)(b)(ii)(E)) as “confined to the realm of acts of violence and threats of violence.” (This particular provision extends the meaning of “terrorist activity” to an act or omission that causes “serious interference with or serious disruption of an essential service, facility or system”.) The Court also left open the possibility of finding a violation of freedom of expression if the provision was utilized to criminalize non-violent expressive activity. Unfortunately, despite the BCCLA’s urging, the Court declined to adopt a position making clear that only violence or threats of violence against natural persons should be excluded from s.2(b) protection. Rather, it contemplated a definition of “violence” that would include conduct such as crimes against property. Id. at para. 73.

So, there are some silver linings, we think. You can read the Khawaha decision in full here, and the BCCLA’s submissions to the Supreme Court of Canada here. The BCCLA National Security blog is signing off as we head into our winter holidays. Check in with us again in the new year, where we start off 2013 with some commentary on cases coming out of Europe.