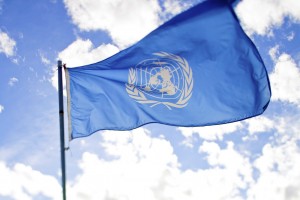 Last week, the Canadian HIV/AIDS Legal Network led a group of Canadian organizations, including the BCCLA, in making a submission to the Office of the UN High Commissioner for Human Rights about human rights and drug policy. The submission is part of an OHCHR study of the issue in advance of the 2016 UN General Assembly Special Session on Drugs.

Drug policy reform is one of the BCCLA’s leading areas of work; we have relentlessly pushed for the adoption of evidence-based harm reduction strategies. Despite repeated official statements that the goal of drug policy is to protect and promote public health, ill-conceived and poorly-implemented drug policies continue to undermine this objective. Current drug policy in Canada rejects harm-reduction strategies such as needle and syringe programs (NSPs) and supervised consumption services (SCS). Canada’s approach not only exacerbates the harms associated with the use of drugs and controlled substances, but leads to significant human rights abuses and contributes to the risk of other preventable harms (such as the transmission of HIV and Hepatitis C).

Specific concerns identified in the submission include: 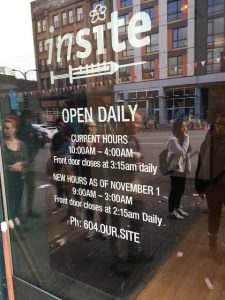 Current Canadian drug policy prevents access to health services which help to prevent overdose and disease. The federal government actively opposed Insite, Vancouver’s safe injection clinic, and failed to continue the legal exemption under the Controlled Drug and Substances Act (CDSA) that allowed it to operate. In 2011, the Supreme Court of Canada (SCC) said that the failure to grant an exemption violated the Charter rights of people with addictions.

The evidence in favour of Insite is clear and was recognized by the SCC: the service reduces overdose death and disease transmission, and has led to increased referrals to addictions treatment. The federal government responded to the judgment by proposing Bill C-2, which would create additional barriers to the establishment of further SCS by adding onerous requirements to the application for an exemption under the CDSA. The new process contains over twenty requirements, such as letters from the head of the local police force and provincial cabinet, as well as a report on consultations with a variety of community groups.

In addition, various levels of government have enacted bylaws and regulations preventing the adoption of other evidence-based harm reduction strategies such as methadone clinics or heroin-assisted treatment (HAT). In 2013, doctors in BC prescribed diacetylmorphine (the active ingredient in heroin) to a small group of heroin users as part of a research trial. While the study was initially approved by Health Canada, the Minister of Health condemned the trial and passed regulations criminalizing the prescriptions. In May 2014, the BC Supreme Court granted an injunction allowing patients in the research trial continued access to treatment while a constitutional challenge to the regulations proceeds through the courts. 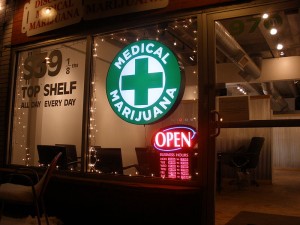 In 2013, the federal government updated its regulations for access to medical marijuana. These regulations undermine patient health as they prevent patients from growing their own medication, forcing them to buy medication from licensed operators at a prohibitive cost. As well, the government’s proposed framework for access to medical marijuana excludes proven models of supply such as community-based dispensaries and compassion clubs in favour of an untested delivery-only scheme. Finally, the constitutionality of another aspect of the regulations is currently being considered by the SCC: the regulations permit patients to access only dried marijuana, which means patients are forced to smoke in order to take their medication, as other forms of ingestion are effectively prohibited.

Canada’s drug policies have evolved alongside the government’s “tough on crime” agenda, which includes the criminalization of drug use and the imposition of mandatory minimum sentences for drug offences under the CDSA. This combination of policies has led to increased rates of incarceration, particularly for vulnerable and marginalized groups. The SCC in R v. Nur recently struck down mandatory minimum sentences in some firearms offences, finding that these types of sentences can frustrate proportionality in sentencing. This sets an important precedent as the SCC is set to hear a challenge to mandatory minimums in relation to drug offences.

on system, governments continue to refuse to implement evidence-based harm reduction strategies. Prison-based needle-and-syringe programs have been successfully implemented in other jurisdictions, where evidence shows that they result in improved health outcomes such as fewer overdoses and reduced transmission of diseases.

Current drug policy has a disproportionate impact on vulnerable and marginalized populations such as indigenous people, racial minorities, and people with addictions. These individuals are overrepresented in the prison population. They suffer from a lack of access to health services as a result of their vulnerability, which is only exacerbated by the stigma they face as drug users. The criminalization of drug use also contributes to marginalization, as having a criminal record can seriously impact a person’s access to housing and employment, their ability to travel, and their parental rights. All of these factors worsen systemic discrimination and further undermine the health and human rights of vulnerable groups.

The BCCLA continues to advocate for drug policy reform in Canada. The 2016 United Nations General Assembly Special Session represents a unique opportunity to identify and address the human rights consequences of our current approach. The High Commissioner for Human Rights should continue to engage civil society and experts in an effort to identify mechanisms for greater human rights oversight of drug policy.