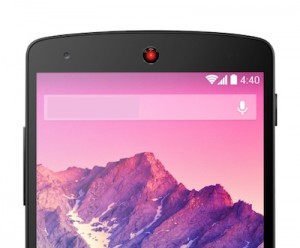 It is beyond trite to say that we live in a digital age. For most of us, electronic devices are an integral part of our lives. The contents of a cell phone can reveal who we last spoke to, when the conversation took place and for how long. But that’s just the beginning. Modern smartphones provide access to a record of our internet use, including which websites we visit and what we search for, the contents of our calendars, access to our photos, videos, text, voicemail and e-mail messages, and access to other personal information not just about ourselves, but about our friends and families. The amount of information on our cell phones is nearly limitless, not to mention inherently personal and private. Searching the content of text message conversations is the modern-day equivalent of a wiretap on a phone.

Over the past few years, courts in Canada have increasingly been called upon to decide on the proper balance between the effectiveness of law enforcement on the one hand, and privacy rights in electronic devices, particularly computers and cell phones, on the other. Section 8 of the Canadian Charter of Rights and Freedoms provides protection from unreasonable search and seizure. But has the law kept pace with technology? Where does the law stand to protect our privacy interests when it comes to information on digital devices?

Four recent cases set the stage for this discussion; the authority of police officers to obtain and search personal electronic devices is at the core of each case. With very few exceptions, police officers need search warrants to search persons and personal belongings, homes, or to wiretap phone lines. Officers seeking warrants must tell a judge what is being searched, where and why. The judge then decides whether or not to grant the warrant before any search takes place. The search must be done reasonably and within the confines of the warrant.

R v TELUS Communications Co.was heard by the Supreme Court of Canada in 2012. The Court had to decide if a general search warrant would allow the police to obtain access to text messages from TELUS that were sent and received by TELUS customers. The Court ruled that a general search warrant does not allow the police to seize sent and received text messages from TELUS customers because this is an interception of private communications. Instead, police officers must get a search warrant under the Criminal Code for what is defined as a “wiretap authorization.” Such a warrant requires a heightened level of scrutiny – investigative necessity.

The Supreme Court of Canada heard R. v. Vu in early 2013. In Vu, the Court had to decide if a search warrant allowing for a search for “documents” in a home would also allow the police to search computers and smart phones found in the house. Ordinarily, police officers can search any type of receptacle, such as a filing cabinet or cupboard, when they have a search warrant for a place.

The BCCLA intervened in Vu and argued that a computer-specific search warrant is necessary because computers’ unique qualities require a degree of heightened judicial scrutiny to adequately protect the significant privacy interests that inhere. The Court decided that because electronic devices can hold near-infinite amounts of highly personal and sensitive data, they could not be compared to filing cabinets or cupboards. As such, the police need a warrant that specifically allows for the search of computers found in a location.

While a search pursuant to a warrant is the norm, there are limited circumstances in which the police can search without a warrant. One such circumstance arises once an individual has been arrested. This search power allows police to secure the area and ensure safety, and to preserve and detect evidence related to the offence for which the individual is being arrested.

However, there must still be a proper balance between individual rights and the state interest in law enforcement. For such a warrantless search to be valid, the state’s purpose must outweigh the individual’s right to privacy. As a general rule, the greater the privacy interest at stake, the more pressing the state purpose must be.

Courts across Canada have wrestled with how to strike an appropriate balance between the interest in effective law enforcement and the privacy rights of individuals in the context of police arrest powers. Three general approaches emerged: (1) allowing the police to examine the entire contents of a cell phone if there is a reasonable basis to believe that the phone will contain evidence of the offence; (2) no search of any kind without a warrant; and (3) permission for only a “cursory search” of the phone.

In British Columbia, R. v. Mann is the latest pronouncement on this issue. This case concerned the police power to search Blackberry smartphones incident to an arrest in the context of a kidnapping. The BCCLA intervened in this case arguing that warrants are required to ensure that police powers do not expand to unreasonably encroach on fundamental privacy rights. Earlier this year, the BC Court of Appeal ruled that warrantless searches of the entire contents of a cell phone violate s. 8. The court declined to rule on whether any “cursory search” of a cell phone could nevertheless be permissible.

Most recently, the Supreme Court of Canada released a judgment in R. v. Fearon. This is the first case about police powers to search cell phones incident to arrest to have reached the Supreme Court of Canada. Fearon is a case from Ontario, in which the court decided that police officers were able to search Mr. Fearon’s phone during his arrest in connection with a robbery. However, the Ontario court observed that if Mr. Fearon’s cell phone had been “locked” to other users with a password, the police could not open it and search its contents without a warrant.

The BCCLA intervened in Fearon to again argue that a warrant should be required before the search of a cell phone, even incident to a lawful arrest, to protect against erosion of fundamental privacy rights. The BCCLA further argued that a search of a cell phone is akin to a wiretap and thus requires heightened prior judicial scrutiny.

The Supreme Court split four judges to three, with the majority of the Court ruling that the common law allows for the search of cell phones and similar electronic devices incident to a lawful arrest. The majority (reasons written by Justice Cromwell, and joined in by Chief Justice McLachlin C.J., and Justices Moldaver and Wagner) outlines four conditions that must be met for the search to comply with s. 8 of the Charter: (1) the arrest must be lawful; (2) the search must be truly incidental to the arrest and done promptly upon arrest; (3) the search must be tailored to its purpose; and (4) the police must make detailed notes of search.

While the majority emphasized the high privacy interest individuals have in their cell phones, it ultimately found that the proper balance could be struck in such cases by allowing police warrantless search powers with some modification to the traditional rule. The dissenting judges strongly disagreed (reasons written by Justice Karakatsanis, joined in by Justices Lebel and Abella), stating that only a warrant issued before the search will appropriately safeguard the pervasive privacy interests at play in searches of electronic devices.

The Supreme Court ruling in Fearon raises several questions about how the safeguards set out by the Court will result in greater certainty in search practices on the ground. The majority judgment briefly addresses the issue of password protection, which was a point under consideration in the lower courts. The Court rejects the idea that password protection correlates to any greater expectation of privacy in the phone, but does not address the question that logically flows: what happens when a cell phone is password protected and the arrested individual does not provide the arresting officers with the password to unlock the phone (as we assume he or she is not required to do, per the right to remain silent)? Are officers able to undertake a search of the phone through some alternative means? What if that process would require sending the phone elsewhere? Wouldn’t that contradict the need for a search to be truly incidental and done promptly upon arrest?

While the majority holds that the nature and extent of searches must be tailored to their purpose – such that only recently sent or drafted messages, photos, and call logs will generally be available for search – it leaves an ominous opening for “other searches” to be justified “in some circumstances.” The outcome will likely be more litigation to exclude evidence, not less. The majority’s “act first, answer questions later” approach does nothing to remedy the serious privacy intrusion this will bring into the lives of those who are arrested, but ultimately never charged or tried since the remedy for a serious violation of privacy rights is usually to have the evidence excluded. Detailed police-note taking is, as the dissenting judges observe, an impractical requirement and an inadequate remedy for such an extraordinary search power. Are police really in the best position to make these decisions – not only concerning whether the law enforcement objective outweighs an individual’s privacy interest sufficient to search, but also about the extent to which such a search would be reasonable in the circumstances? Not in our view.

The Fearon decision is a huge step backwards for privacy rights in Canada. By replacing prior judicial oversight and authorization with the relatively modest “safeguards” set out by the Court, neither privacy rights, nor certainty in the application of the law will be served.