Today, an Ottawa judge permitted the use of handwriting evidence (evidence that he himself described as “problematic” and “confusing”) in support of France’s bid to extradite Canadian citizen Hassan Diab.

Mr. Diab’s extradition has been sought by France for some time now. He has no criminal record in Canada and has taught at Carleton University and the University of Ottawa. The French charges against him arise from his alleged involvement with a bombing in Paris that took place 30 years ago.

The primary evidence submitted in support of Mr. Diab’s extradition has consisted of the handwriting analysis and “intelligence” information from unidentified sources.

The handwriting evidence being admitted today is actually France’s third kick at the can — two previous “expert” reports were withdrawn by French authorities after their reliability was seriously challenged by defence expert witnesses. Even so, this third report remained the subject of scathing criticism.

In October, the BCCLA wrote a letter to Minister of Justice Robert Nicholson, outlining our concerns with the use of unsourced intelligence information in Mr. Diab’s extradition hearing. The BCCLA’s concern was that such unsourced intelligence information could be the product of torture, and that Canadian courts did not have sufficient assurance from France or the Canadian government that such information was not derived from torture.

Indeed, according to Mr. Diab’s lawyer, neither the application judge in Mr. Diab’s extradition hearing nor the Crown counsel making the extradition application on France’s behalf knows the source of this intelligence.  They do not know whether the information comes from human or technical sources.  They do not know how, where, or when France obtained this information. 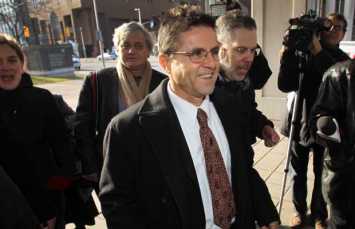 That the intelligence is unsourced is troubling enough.  Not knowing the source of the information makes it extraordinarily difficult – if not essentially impossible – to test its reliability.  But in this case, there’s the added worry that the unsourced intelligence may be information derived from torture, given France’s documented willingness to use information derived from torture.  Indeed, Human Rights Watch issued reports in 2008 and 2010 criticizing France’s use of torture evidence in terrorism cases both at the investigatory phase and at trial.

To our knowledge, the French government has made no assurances that the unsourced intelligence being offered against Mr. Diab is not derived from torture. We asked Minister Nicholson to ensure that Canadian courts would not be presented with unsourced intelligence unless the Department of Justice — which is responsible for bringing extradition requests on behalf of foreign governments to the Canadian courts — is satisfied that the intelligence information is not obtained as a result of torture or other cruel, inhuman or degrading treatment.

As far as we are aware, however, Mr. Diab and the court are still waiting for such assurances.

Today’s development creates yet another wrinkle. Given the admissibility of the handwriting evidence in support of Mr. Diab’s extradition, there’s the possibility that the Canadian court will authorize his extradition on the basis of that evidence alone, without having to resort to consideration of the unsourced intelligence. While that may abate the possibility of Canadian courts relying on evidence derived from torture, there’s still no guarantee that Mr. Diab will not be tried and possibly convicted in France based on evidence derived from torture, unless Canada specifically seeks assurances from France to prevent that.

It’s important to keep in mind that the Canadian extradition court is not being asked to decide whether there is sufficient evidence to convict Mr. Diab on the charges against him — its task is to ensure that there’s a sufficient basis for France to seek his extradition for a trial in the French courts. As a result, evidence in an extradition hearing is examined with far less rigor than at a criminal proceeding. That means that while the handwriting evidence may be compelling enough to justify extradition, France may still have to rely on other evidence — such as the unsourced intelligence — in order to secure Mr. Diab’s conviction before a French court.

If Canada does go through with Mr. Diab’s extradition, based on France’s troubling handwriting analysis, it must nonetheless seek to ensure that Mr. Diab will not tried on the basis of evidence derived from torture. The universal prohibition against torture demands no less of us.