It’s interesting that General Walter Natynczyk wasn’t briefed on the case that the BCCLA and Amnesty International launched against the Canadian Forces in 2007. If he had been, he wouldn’t have been compelled to call a news conference today to correct false information he gave to the Commons committee on Tuesday. 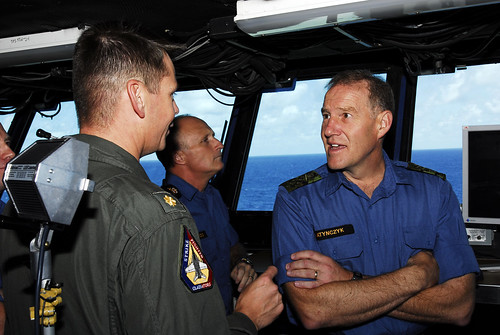 Yesterday, the top military commander denied that there was evidence that a detainee who was beaten by Afghan police was handed over to Afghans by Canadian troops in 2006. Today, Natynczyk did a complete about-face and admitted that the man was indeed captured by Canadian troops. Natynczyk’s embarrassing turnaround is the lead story today in the Globe.

Our litigation uncovered information related to the transfer of the beaten Afghan man in 2007. Colonel Stephen Noonan told us about the existence of the man. Noonan stated in his affidavit filed in the litigation:

Documents we received after Noonan filed his affidavit reaffirmed that the detainee Noonan referred to had been captured by the Canadian Forces – and that the transfer occurred before Canada and Afghanistan entered into the second agreement. The documents revealed that when the Canadian Forces examined the man, they discovered “a large contusion, cause from blunt force trauma to the back of his neck and shoulder contusions/abrasions on the upper back”. “Further examination revealed apparent shoe prints on the back of his vest/clothes.  These marks were consistent with his reports…of being beaten with shoes.”

Our lawyer, Paul Champ, cross-examined Brigadier General Joseph Deschamps on this very issue. See the transcript from our lawsuit at para. 81.

Finally the Canadian Forces are waking up to the information that has been right in front of them for years. Who knows, maybe they’ll even get around to reading those pesky human rights reports.