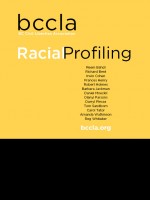 Racial profiling is bad policy. Although promoted as improving security, it has not been demonstrated to do that. To the contrary, it decreases security, including by undermining the respect to which each member of society is entitled and weakening the fabric of our multicultural democracy. Under a regime employing racial profiling, travel by those who fit the suspect profile is impeded. The right to leave home and move freely without harassment and scrutiny is infringed or denied. That infringement extends not just to social and commercial activities, but also participation in democratic processes, including exercising the right to vote and the right to attend and participate in the debates of the day. Further, by heightening racial tensions, racial profiling affords a free pass to those who would destabilize society by accentuating differences among citizens as a basis for unequal treatment. The social cost arising from such steps ought not, and cannot, be measured in money. For the BCCLA, racial profiling’s remarkable costs to our democratic life as Canadians, as well as to our safety and the safety of others we care about, are inexcusable.

The BCCLA remains resolutely opposed to racial profiling. To that end we trust that this collection of papers enlivens and informs debate, enlightens readers to nuances of the issue, and encourages people to become involved with the BCCLA. Our work towards eliminating racial profiling is ongoing. Educating the public about the issues and encouraging government and police officials to show due respect for the rights and liberties of all remains our chief concern.

The full BCCLA report can be read here