Halifax, Nova Scotia (November 9, 2020): Lisa Adams, a mother from New Brunswick, is in Court on Monday to challenge a law that saw her held unlawfully for 16 days in conditions that have been found to violate the Canadian Charter and to amount to torture in international law. Ms. Adams lives with debilitating mental health and addiction challenges connected to a history of childhood trauma. Her addiction led to her arrest and incarceration at Nova Institution for Women (Nova) in Truro, Nova Scotia. While imprisoned at Nova, staff accused Ms. Adams of bringing drugs into the prison and as a result held her: in segregation, under direct observation, with the lights on 24/7, limited all human contact, denied her meaningful access to a lawyer, and watched her use the toilet for 16 days. This practice, called “dry celling” is cruel, inhumane and contrary to the law.

The prison mental health team raised concerns that the “dry cell” procedure would significantly exacerbate Ms. Adams’s prior mental health challenges and their concerns were ignored. Ms. Adams clearly indicated she wasn’t carrying drugs and begged to have an x-ray as evidence. An x-ray was not properly facilitated. Eventually, Ms. Adams was forced to arrange for her own medical cavity search in order to prove to prison management she did not have drugs on her person. Without Ms. Adams’s resourceful and resilient self- advocacy, she might still be in “dry cell” months after the initial placement.

Ms. Adams is challenging the law, s. 52(b) of the Corrections and Conditional Release Act, that gave prison management the authority to hold her in a “dry cell” for an indefinite period of time. This law is contrary to s. 12 and s. 7 of the Charter as the practice of “dry celling” a person is cruel and unusual punishment and contrary to one’s rights to life, liberty, and security of the person. Further, this law discriminates against women and those with disabilities contrary to s. 15 of the Charter as it is premised on a prisoner being required to expel contraband from their body cavities. In Ms. Adams’s case, prison authorities accused her of holding contraband in her vagina, a cavity from which nothing can be expelled. Thus, for a person wrongly accused of storing contraband in their vagina, this law gives prison management the authority to hold them indefinitely in inhumane conditions.

Emma Halpern and Jessica Rose of the Elizabeth Fry Society of Mainland Nova Scotia have worked closely with Ms. Adams and are representing her at her habeas corpus hearing on Monday: “Ms. Adams has endured torture at the hands of the state that has been recognized in multiple forums to be unlawful. Section 52(b) of the CCRA authorizes the torture of prisoners, particularly women prisoners, and this law must be struck down.”

The BC Civil Liberties Association provided support for this case. Jessica Magonet, Staff Lawyer at the BC Civil Liberties Association states: “The law on dry cells is egregious, discriminatory, and has no place in our constitutional democracy. It should be the source of national shame. No one deserves to be subjected to such dehumanizing treatment.”

“The public was told that Bill C-83 would do away with segregation, however, the type of segregation that Lisa endured falls outside of the scope of the changes under Bill C-83. CAEFS has long called for the elimination of all forms of segregation, including ‘dry-celling’, to bring Canada in line with both international and national standards. More importantly, we need to eliminate all forms of segregation to protect against the egregious violations of human rights and torture that Lisa experienced. Lisa is a human – a mother, a community member – and this treatment is inhumane. To put Lisa, someone who already lives with mental illness, in such inhumane conditions demonstrates what we have continued to observe from CSC: the prioritizing of ‘security’, however limited the threat, over care of the person. Lisa needs support and resources to help her heal – not punishment”- Emilie Coyle, Executive Director of the Canadian Association of Elizabeth Fry Societies. 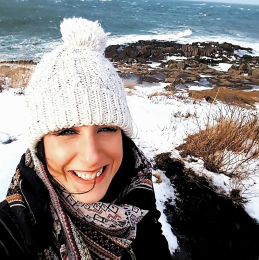 The following individuals are available for interviews: