BCCLA delivers over 1400 forms filled out by individuals refusing permission to be filmed to CBSA, Shaw TV and show producers

VANCOUVER – In less than a month, over fourteen hundred people have signed forms refusing permission to be filmed at border crossings by the Canada Border Services Agency (CBSA) or its private film crew partners for the reality TV show “Border Security”. This morning, the BC Civil Liberties Association sent over 1400 forms signed so far to the Canada Border Services Agency (CBSA), Force Four Entertainment, Shaw Media, National Geographic, and BST Media. The BCCLA says that filming travelers’ interactions with border officials for entertainment violates their privacy rights.

“Over over fourteen hundred people have signed a legal form refusing their permission to guest star on the government’s border reality TV show. This sends a strong message to the government and its private partners that it’s not okay to violate people’s privacy rights. People should be able to travel and deal with border officials without having reality TV crews in their faces,” said Josh Paterson, Executive Director of the BC Civil Liberties Association. “CBSA should give up its Hollywood dream and focus on its job.”

Last month, the BC Civil Liberties Association launched an online form at bccla.org/notfortv in response to signs posted at the border.  The signs tell travelers that they may be filmed for the TV show while crossing the border.  The online form allows individuals who have crossed the border or who plan to travel outside of Canada to legally refuse permission to be filmed by the CBSA or its private film crew partners.

The signs inform travelers that they may be filmed at the border, but that their image will be altered if they do not agree to be identifiable in the “Border Security” reality TV series. The original version of the signs stated that merely by being present at the border crossing, travellers gave their “voluntary agreement” to appear on the TV show. At Vancouver International Airport, the signs are actually posted past the main CBSA entry point, suggesting that most people entering Canada at the airport would not see the sign until after they may have been filmed.

“This show features travellers who are having difficulties with the border authorities. These people are in no position to give valid and informed legal consent to be on this TV show while they are being questioned by border guards or are otherwise under the control of law enforcement,” Paterson added. “Blurring people’s faces is no solution because people who know you may still be able to identify you, and we think it violates privacy rights for the government to participate in the filming in the first place.”

The BC Civil Liberties Association has partnered on this initiative with the Cancel Border Security Campaign.  Harsha Walia from No One Is Illegal says that she is not surprised by the public response: “We were confident that people from diverse backgrounds would be outraged once they realized what was happening at the border. This is not an issue of censoring a legitimate journalistic production; this show exploits people in vulnerable and humiliating circumstances.  The border is not a neutral public place; it is a place of anxiety for most travelers and migrants.” She added, “The government should not spend thousands of tax dollars in financing this unethical show, nor should it be participating in this show by doing sensational COPS-style interviews or handing over footage from its cameras to be broadcast on this show. We encourage the public to continue to fill out the online forms to refuse their consent and to voice their opposition.” 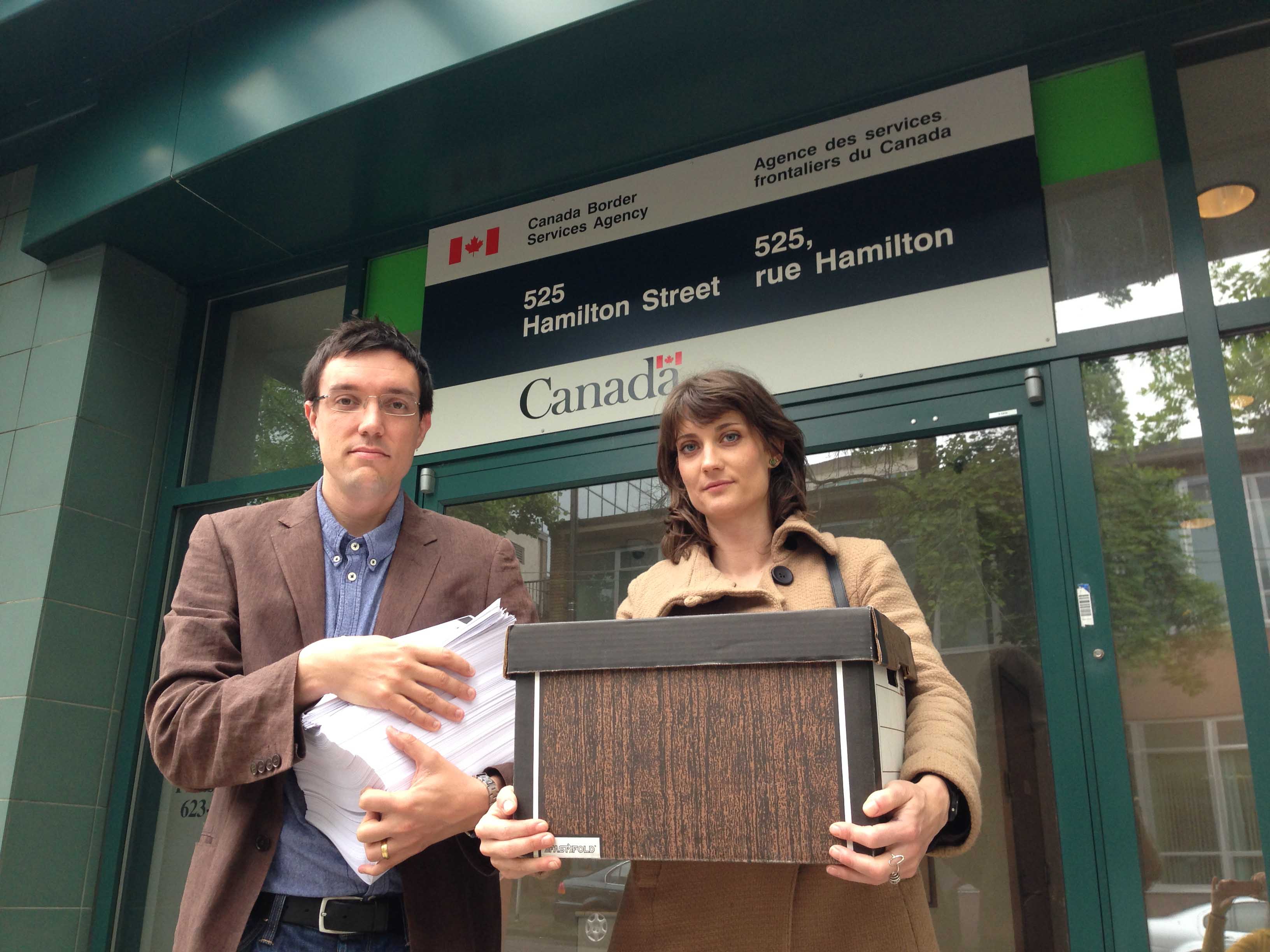